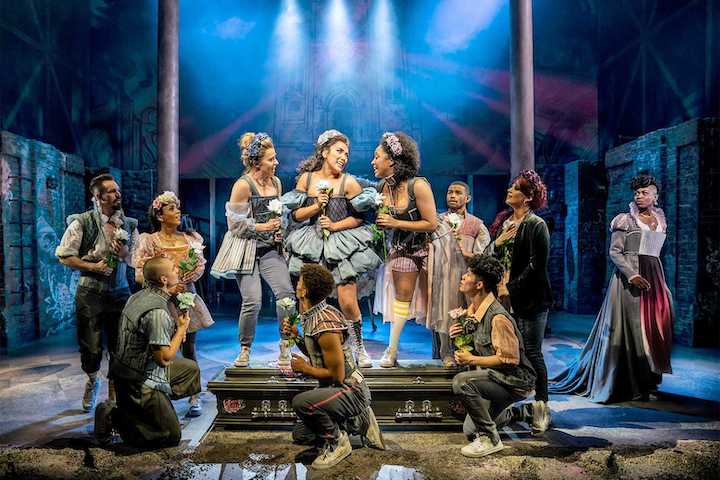 It’s been 200 days since Broadway, and most theaters around the world have gone dark. But that doesn’t mean there still isn’t something to celebrate — at least on the West End. The Oliver Awards, the U.K.’s version of the Tonys — soldiers on with an awards ceremony on October 25, 2020.

The special program, hosted by English comedian Jason Manford, will stream on ITV and Magic Radio in “an innovative format to celebrate our globally renowned artists, both on stage and behind the scenes,” according to a statement OfficialLondonTheatre.com.

The awards show will be broadcast from different areas within the London Palladium and contain a mixture of the awards themselves, unique performances, interviews and some memorable moments. Due to the ongoing pandemic, most of the show will be pre-filmed in the days leading up to the broadcasts. Additional awards being shown in a pre-show broadcast the same evening on Official London Theatre’s YouTube channel.

Listeners will be able to tune in to a show highlighting the winners and key moments on Magic Radio from 8 p.m. until 10 p.m. on Monday, October 26, with extended coverage across the week on digital radio station Magic at the Musicals.

“We are excited to be able to honor this year’s nominees and winners during a very difficult time for our industry, and demonstrate the outstanding talent we have in our theatre sector in the U.K.,” said Julian Bird, Chief Executive of Society of London Theatre and Executive Producer of the Olivier Awards. “Coming together to celebrate their achievements feels more poignant now than ever before as we all fight collectively to save our theatre industry. I hope that everyone working in, or simply missing the theatre, will join us on October 25 to celebrate last year’s achievements and remain hopeful for our future.”

Due to the minimal number of new productions opening this year, the Society of London Theater (SOLT) anticipates the next Olivier Awards ceremony taking place in April 2022.

Nominations were announced back in March, with the British jukebox music & Juliet leading the pack with nine nominations, followed by Trevor Nunn’s revival of Fiddler on the Roof (eight nominations) and Dear Evan Hansen (seven nominations), and Mary Poppins (six nominations).