Top Posts
Imelda Staunton Will Lead ‘Hello, Dolly!’ in West...
‘Bridgerton’ Star Jonathan Bailey Will Play Fiyero in...
Review: ‘Stranger Sings! The Parody Musical’ Is Still...
Performances Have Begun for ‘The Piano Lesson’
‘Monet’s Garden, The Immersive Experience’ Comes to NYC...
‘The Phantom of the Opera’ Will Close on...
Watch: Little Amal Arrives at JFK, Beginning 17...
Lillias White Takes the Stage as Hermes in...
‘The Music Man’ Sets Broadway Closing Date
‘Heathers: The Musical’ Releases First Clip Ahead of...
Home Beyond Broadway ‘one in two’ Doesn’t Add Up
Beyond BroadwayReviews 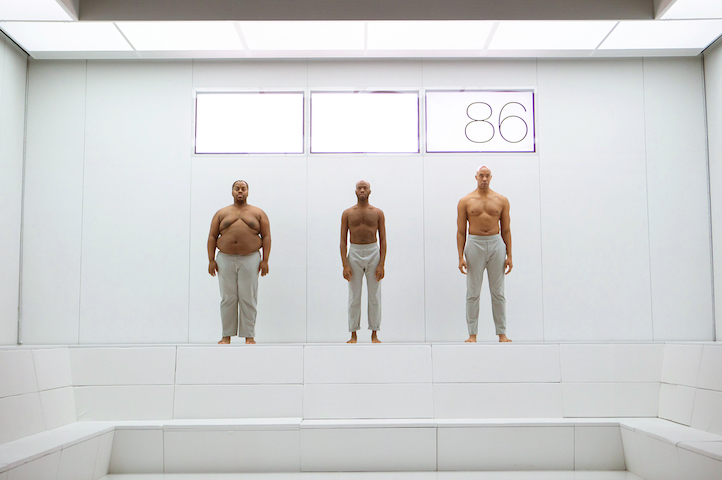 I was never good at math, but it doesn’t take an honors student to understand the bludgeoning point of Donja R. Love’s one in two. The title refers to the staggering statistic that half of black men in America will be diagnosed with HIV in their lifetimes.

That figure is slightly simplified for Love (Sugar in our Wounds) to springboard into an altered universe where three black men play out their fates by drawing a number from a ticket dispenser. According to the Centers for Disease Control and Prevention (2017), 60 percent of blacks diagnosed were gay men, with 41 percent aged 25 to 34. The message is clear: despite PrEP and other forms of protection, HIV/AIDS proves to be an epidemic that requires more attention and resources, and not just from the medical community.

Enter Love’s play, which he wrote in response to the 10th anniversary of his own diagnosis.

“There is still trauma that’s hard to write; there are still remnants of fear that tremble the voice found in my writing. I’ve gotten to a point where there are no words, characters, dialogue, or subtext to hide behind anymore,” writes Love in the play’s forward. “Fear can no longer overshadow the truth. And the truth is, I’ve been too afraid to share I’m HIV positive. Ironically, for so long, I’d create stories surrounding HIV, but I would never admit that those stories are authentic to me.” 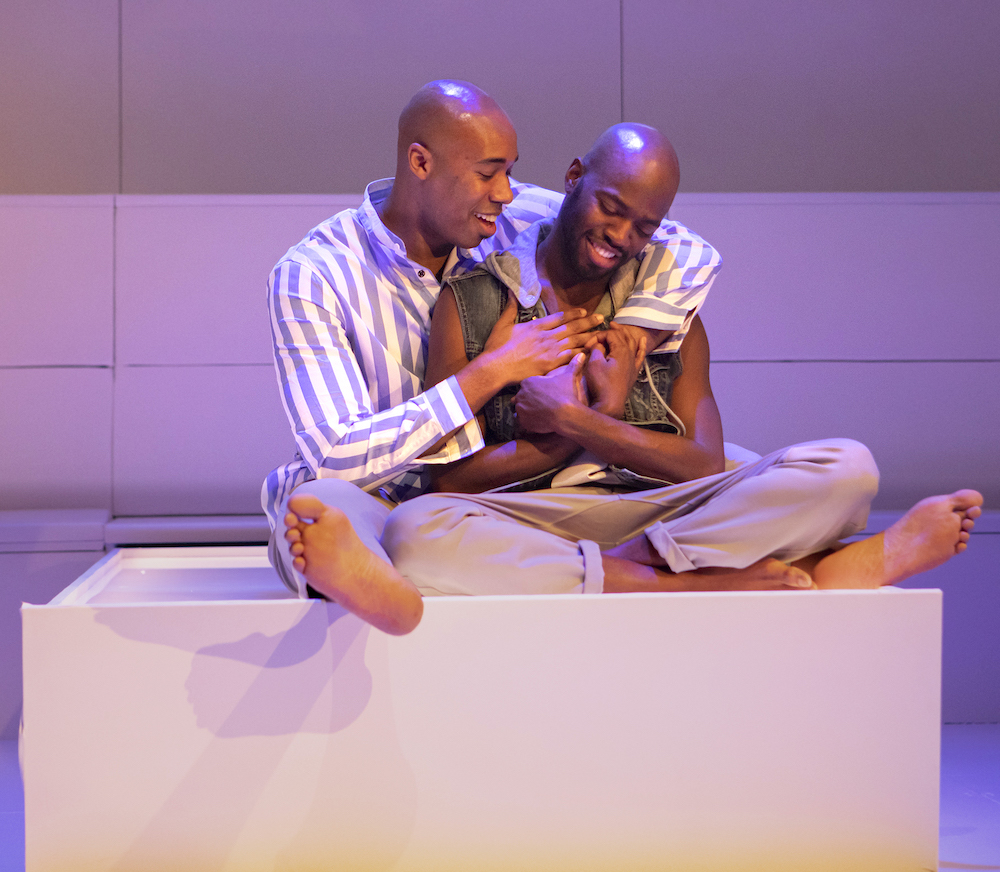 (l to r) Jamyl Dobson and Leland Fowler in ‘one in two.’ (Photo: Monique Carboni)

The convention of engaging the audience to determine who is at the epicenter of Love’s story (all three actors know each of the roles) felt forced at the performance I attended. Asked to clap for each without knowing why, we responded equally to all three, with Leland Fowler landing the role of #1/Donté, supported by Edward Mawere (#2) and Jamyl Dobson (#3).

Arnulfo Maldonado’s all-white waiting room set transforms into various locales throughout the intermissionless evening as #1 plays out Donté’s story within the story. The tension slowly builds from childhood frolicking to the contemplation of suicide. Like a jigsaw puzzle, Love’s dramatic exercise experiments with piecing the narrative together — some of it fits while other moments feel forced. More successful are the snapshots of Donté’s relationships: an ex-boyfriend, his mother, support group members at the LGBT Center (including a particularly snappy “Banjii Cunt” played by Mawere). Less so are the transitional moments that detract from Donté’s spiraling depression, despair and alcoholism, as he struggles to come to terms with his HIV status.

“I want to like myself, that would be nice,” says Donté to a guy at a bar who asks what he wants out of life. Profound in its simplicity, the idea resonates through Love’s play but is too often overshadowed by the play’s construction and a final awkwardly staged fight sequence (fight direction by Thomas Schall) that diminishes the play’s impact.

Director Stevie Walker-Webb has been exponentially tasked with staging and emotionally guiding the actors three times over to account for any combination of on-the-spot casting. It would be time better spent paring down Love’s story to its essence — one of survival and self-acceptance.

one in two
The New Group at The Pershing Square Signature Center
480 West 42nd Street, NYC
Through January 12, 2020