Top Posts
‘The Phantom of the Opera’ Delays Broadway Closing...
A Christmas Guide to New York Theater
Ingrid Michaelson Rings in the Holidays for Two...
Review: ‘& Juliet’ Is A Daffy, Absurdly Joyous...
Jinkx Monsoon & BenDeLaCreme’s ‘The Jinkx & DeLa...
Review: Victoria Clark Shines in the Refreshingly Original...
Review: Mike Birbiglia Astounds in ‘The Old Man...
A Sondheim Stocking Stuffer: New Book Offers Insightful...
From ‘Tattooed Lady’ to ‘KPOP,’ Plus A Quick...
Museum of Broadway Will Open Its Doors November...
Home Beyond Broadway Forgive Them, For They Know Not What They Do: ‘Only Human’
Beyond BroadwayReviews 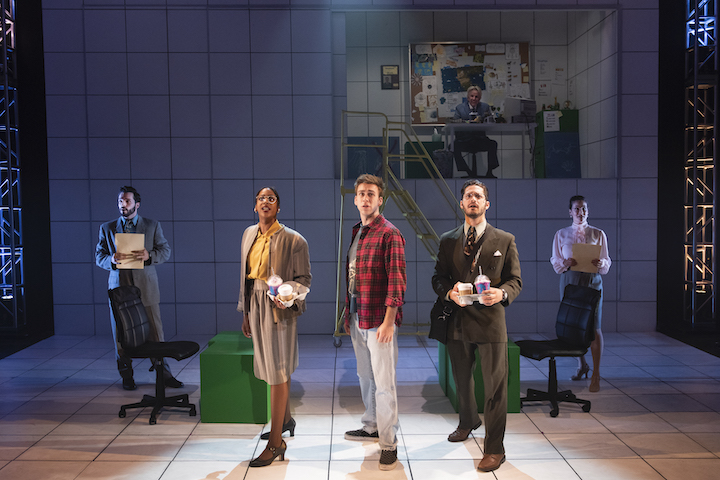 There are 285 white squares on the grid that covers the wall and floor in designer Andrew Moerdyk’s set for Only Human, a musical of biblical origin that opened tonight at the Theatre at St. Clements. The mere fact that I spent a good portion of the first act counting those squares speaks volumes about the action that happens therein.

I’ll do my best to avoid going down Snark Street and state upfront that (with the exception of the fictional characters in The Producers), I believe in my heart that nobody ever started rehearsals or decided to lay out a backer’s investment for the purposes of putting on a bad show. And it is out of respect for those who put their talents and checkbooks on stage that I will try to be as kind as possible to Only Human. Spoiler alert: I will fail in this effort.

Very loosely based on Old Testament passages from Ezekiel, Only Human is the story of Jay (Jesus) and Lou (Lucifer), two combative co-workers busy in the creation of Earth. Lou, a vain over-achiever, is busy working on the creation of man. Jay, a stoner slacker, is equally busy trying to fly under his father, the Boss (God)’s radar. Also, in the office is Maggie (Mary Magdalene), whose role mostly exists to move forward some of the show’s plot points that include the decision to send Jesus to Earth and bring Lucifer back to Heaven after all Hell breaks loose. 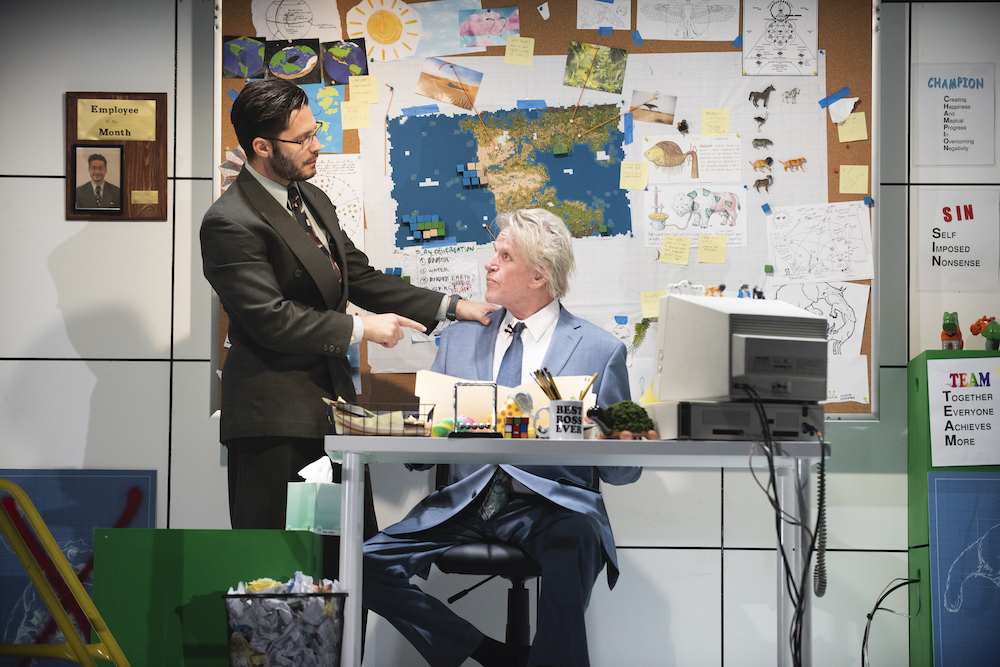 All of this is told in an uneven fashion that makes little use of the show’s best asset, its score. As a tunesmith, composer Mike Squillante (who does double duty playing Lou onstage) is able to crank out some often-catchy, hook-heavy pop tunes. Regrettably, his lyric writing is nowhere near the same par. And what pleases the ear musically bores the brain lyrically. Similarly, Jess Carson turns in a witless book that includes a groaner of a joke about crucifixion, and has God dropping F-bombs in the second act.

In a valiant feat of heavy lifting, the cast does their best with the material. Mr. Squillante is suitably smarmy as Satan while Kim Steele delivers impressive vocal pyrotechnics as Maggie. And Evan Maltby is a delight as a comically hapless Jesus. Earning above the title billing, as God, Gary Busey delivers some laughs, many of which are intended. 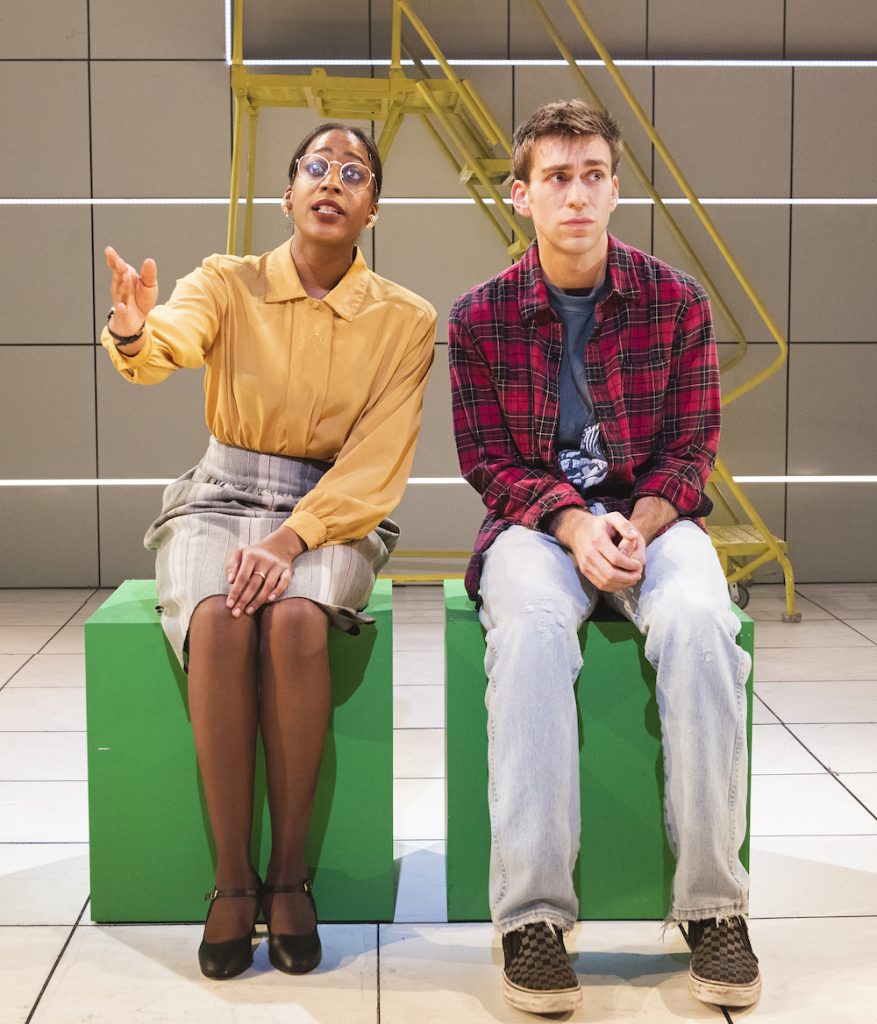 Simply listed in the program as “Ensemble,” triple threat performers Ben Bogen and Lili Thomas sparkle throughout the evening. Unfortunately for them, they also carry the lion’s share of this show’s wealth of embarrassments – Josue Jasmin’s choreography, that includes an oddly placed Adam and Eve pas de deux, tap dance and trumpet (yes, trumpet) challenge number and lots of moving heavy green boxes around the set with tremendous flourish.

The awkward pace of the evening and all-over-the-place staging choices (that include yoga balls and a rolling staircase to nowhere that repeatedly finds itself traveling downstage center for no apparent reason) left me wanting to pose this question to the company: “When do you meet the director?”

Still even considering this show’s many flaws, I find myself two days later humming Mr. Squillante’s songs. I’m counting on one day seeing a show of his where other elements are of equal quality. Until then, at Only Human, I’m only counting squares.

Only Human
The Theatre at St. Clements
423 West 46th Street, NYC
Through January 5