Top Posts
‘Company’ to Hit the Road on North American...
Meet the Full Cast of ‘Shucked,’ Coming to...
Full Cast for ‘Parade’ Announced
Stephen McKinley Henderson Gives the Performance of His...
The McKittrick Hotel Announces the Return of ‘The...
Broadway Stars Honored with Academy Award Nominations
Taylor Trensch, Danny Wolohan, and More Join the...
A Gay Road Trip Comes to The Brick...
Maude Apatow of ‘Euphoria’ is the Next Audrey...
Tony Award Winners to Star in ‘Hercules’ at...
Home Beyond Broadway First Look: Oregon Shakespeare Festival’s 2019 Season
Beyond Broadway 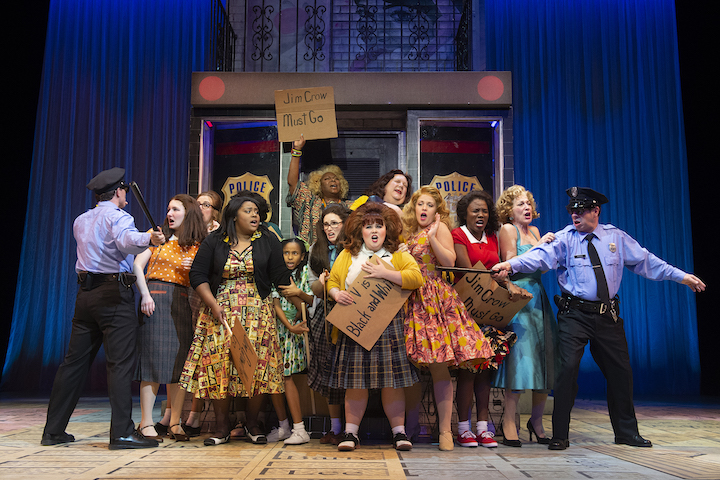 The 2019 season is dedicated to the memory of Paul Allen. When Allen and his sister Jody were young, each year their parents would pack them up and make the road trip from Seattle to Ashland to watch Shakespeare classics performed in front of a rapt audience. In the intervening years, the Paul G. Allen Family Foundation has supported multiple OSF programs and helped construct both the Thomas Theatre and the current iteration of OSF’s flagship Allen Elizabethan Theatre.

“Generations of theatre-goers have been delighted by the magic on OSF stages—and much of that magic has been made possible by Paul Allen,” said OSF Artistic Director Bill Rauch. “This season’s playbill embodies the remarkable power of rotating repertory that makes the Oregon Shakespeare Festival such a thrilling place to experience live theatre. The excellence of artistry lives in every project and in our commitment to innovative classics as well as new works that often become the classics of tomorrow.” 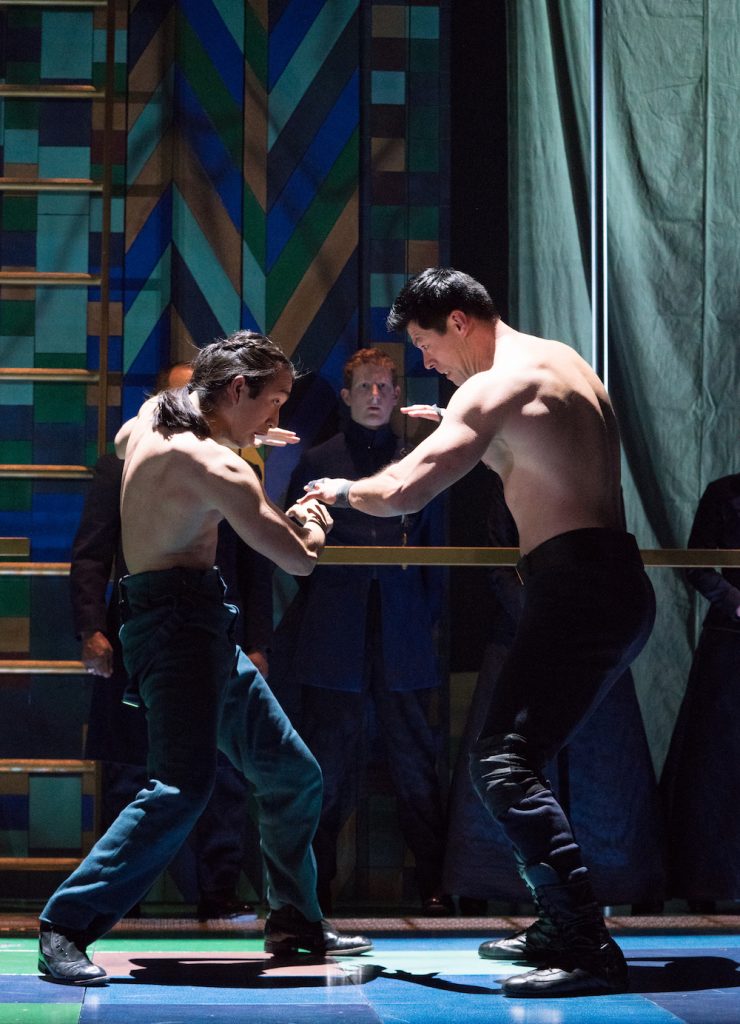 Román Zaragoza, James Ryen and MacGregor Arney in ‘As You Like It’ (Photo: Jenny Graham, Oregon Shakespeare Festival)

As You Like It
Exiled from the controlling confines of the court, Duke Senior and her daughter Rosalind seek refuge — and find much more — in the unconstrained Forest of Arden. Also fleeing danger at home, Orlando encounters a young man named Ganymede and seeks help in love — unaware that Ganymede is actually his heart’s desire, Rosalind, in disguise. “All the world’s a stage” and all society’s rules of conformity are off in this exuberant theatrical journey into one of Shakespeare’s most beloved comedies.

Mother Road
One of the most prominent Latino playwrights in America, Octavio Solis, commissioned by the Steinbeck National Center, journeyed along the original path the Joads traveled in The Grapes of Wrath, from Sallisaw, Oklahoma, to migrant farmworker camps in California. He opened his ears, eyes and heart to how things have and haven’t changed in the 80 years since John Steinbeck captured our nation’s class-rooted divisions in his celebrated novel. Then, Solis wrote a remarkable play that Bill Rauch is directing for its world premiere this season at OSF.

Mother Road is rooted in the same moral outrage over economic injustice as The Grapes of Wrath, but it is very much a play of the present. Solis creates the promise of a diverse new American family, drawing parallels between who we once were and who we are becoming as a nation.

Cambodian Rock Band
In Cambodian Rock Band, playwright Lauren Yee, director Chay Yew and a rock-star cast of performers weave a complex and riveting story that carries the intimate dynamics between family and friends, while exploring the brutality and genocide of millions of people in 1970s Cambodia and the aftermath that still reverberates. The play thrusts us into the life of a young woman trying to piece together her family history 30 years after her father fled Cambodia.

A musical journey that unfolds over three decades, this musical play features actor/musicians who perform a mix of contemporary Dengue Fever hits and classic Cambodian oldies, bringing to vivid life the Cambodian rock scene of the ’60s and ’70s, a movement cut short by the Khmer Rouge’s brutal attempt to erase Cambodian cultural life, knowledge and creativity once and for all. 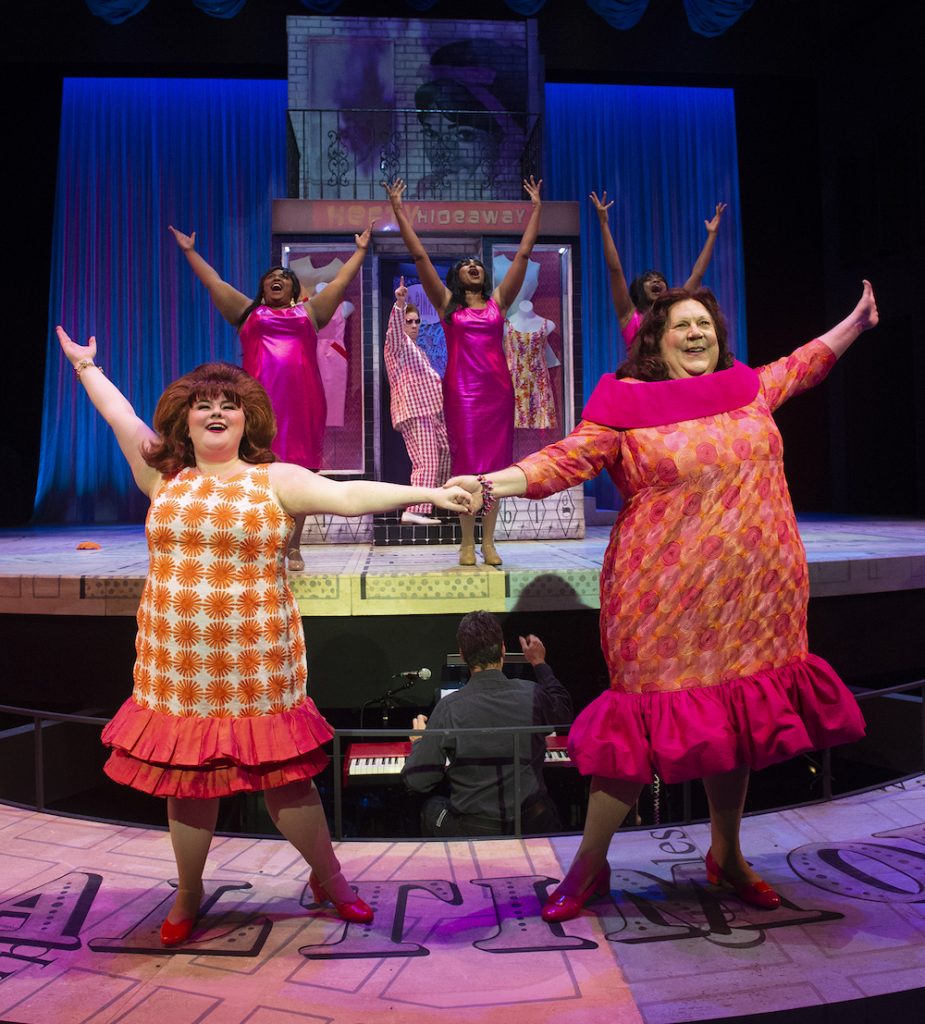 Hairspray – The Broadway Musical
It’s 1962, and Baltimore teenager Tracy Turnblad lives in a world that tells her plus-sized gals shouldn’t be dancing on television and that racial segregation is here to stay. When she wins a spot on The Corny Collins Show, Tracy becomes a star and teams up with her friends Penny, Seaweed, Motormouth Maybelle and hunky Link Larkin to use her newfound fame to challenge the status quo.

This wildly joyful production is based on the 1988 John Waters cult-classic film Hairspray, which presented viewers with a lens on a very special time and place during the American civil rights and counter-culture movement of the ’60s — a microcosm of the absolute best and worst of what was happening in our nation. Baltimore, a city with its many diverse communities, became an important focal point for struggles with systemic injustices including school segregation, institutionalized racism and white-flight. Against this charged backdrop, Waters created a narrative applauding the outsider. 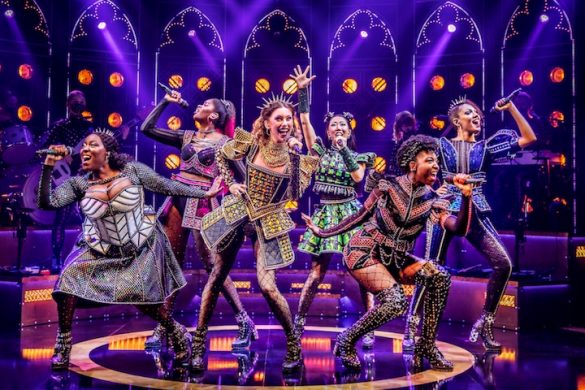