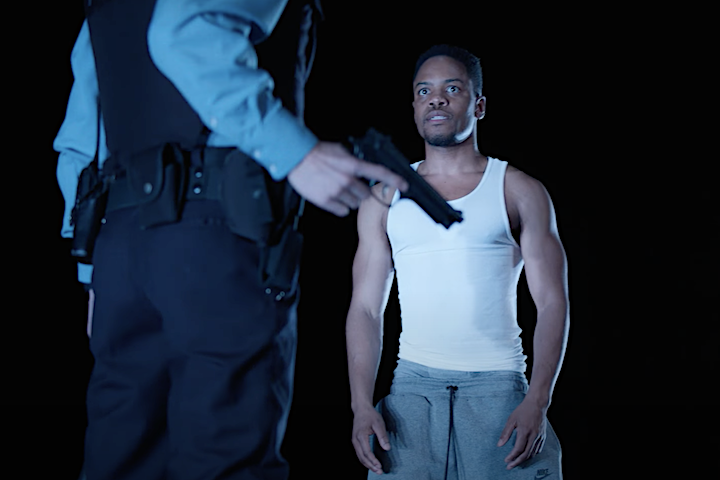 A film still from Spike Lee’s ‘Pass Over.’ (Amazon Studios)

While it’s been announced that Broadway can officially reopen, it will likely be a matter of weeks and months before theaters are prepared and officially abuzz again. Still, this is something to celebrate, and the good news keeps on coming: Antoinette Nwandu’s hit play Pass Over, the 2019 Lortel Award winner for Outstanding Play, will reopen Broadway’s August Wilson Theatre.

Danya Taymor, the Obie Award winner who directed Will Arbery’s Pulitzer Prize finalist Heroes of the Fourth Turning, will helm this production, which will act as both her and Nwandu’s Broadway debuts. Pass Over is a searing drama that follows two Black men, Kitch and Moses, who are stuck on a street corner and have disturbing encounters with malicious white men. The play tackles police violence and echoes themes and beats from Waiting for Godot and the Bible’s Book of Exodus.

“Though much about Pass Over remains a lament over the lives of Black people stolen too soon, I am happy to confirm that my team and I, along with our producers, are presenting a new version that centers the health, hope, and joy of our audiences, especially Black people,” said Nwandu in a statement. “We are reuniting to envision this play again, to tell a version of the story on Broadway where Moses and Kitch both survive their encounter with white oppression.”

As is often the case with new plays, Pass Over has had many lives that have all paved the way toward its Broadway debut. The work premiered at Steppenwolf in Chicago in 2017; it caught Oscar winner Spike Lee’s attention, and he then filmed it for Amazon Prime. Following that regional run, a revised version premiered at Lincoln Center Theater in 2018. The Broadway production will reunite that Lincoln Center team and feature a revised version of the script.

Casting and performance dates for the limited run have yet to be announced. Notable, Pass Over is reopening Broadway’s August Wilson Theatre, which has not had a single work on its stage penned by a Black author for the past two decades. (Jersey Boys had the longest run over that period, running for over a decade, and The Wild Party opened there in 2000, which featured a book co-written by George C. Wolfe.) The play replaces Mean Girls, which was on pause during the pandemic but later announced the show would close permanently.