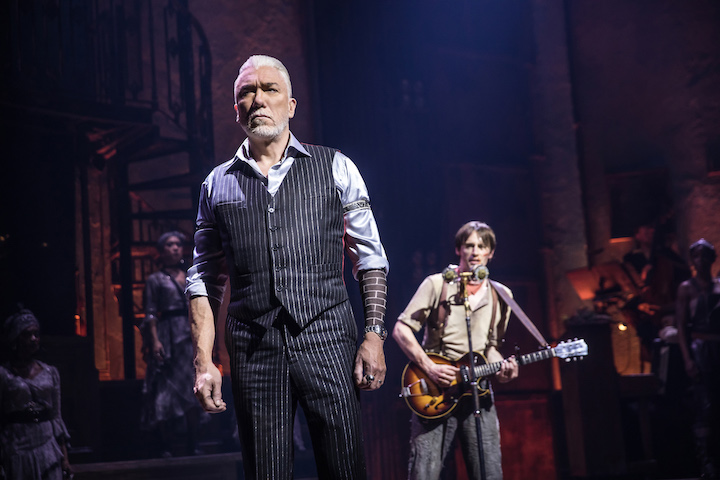 The wall can’t keep him out! Basso profundo and beloved Broadway villainous character actor Patrick Page will return to Hadestown starting November 9. Page originated the role of Hades on Broadway and was away from the project to shoot a film project.

Currently, Tom Hewitt is playing the Overlord of the Underworld in the Broadway smash that won the Tony Award for Best Musical in 2019, just months before the Great White Way and theaters worldwide shut down due to the pandemic. Page received a Tony Award nomination for Best Featured Actor in a Musical for his, well, deep portrayal of the malicious god Hades. Page was away from the musical, which reopened at the Walter Kerr Theatre in September after pausing its run due to COVID in March 2020.

Hadestown intertwines two mythic tales — that of young dreamers Orpheus and Eurydice and that of King Hades and his wife Persephone — as it invites you on a hell-raising journey to the underworld and back. Mitchell’s beguiling melodies and Chavkin’s poetic imagination pit industry against nature, doubt against faith and fear against love. Hadestown is a haunting and hopeful theatrical experience that grabs you and never lets go.