Top Posts
‘Company’ to Hit the Road on North American...
Meet the Full Cast of ‘Shucked,’ Coming to...
Full Cast for ‘Parade’ Announced
Stephen McKinley Henderson Gives the Performance of His...
The McKittrick Hotel Announces the Return of ‘The...
Broadway Stars Honored with Academy Award Nominations
Taylor Trensch, Danny Wolohan, and More Join the...
A Gay Road Trip Comes to The Brick...
Maude Apatow of ‘Euphoria’ is the Next Audrey...
Tony Award Winners to Star in ‘Hercules’ at...
Home Buzz Performances Have Begun for ‘The Piano Lesson’
Buzz 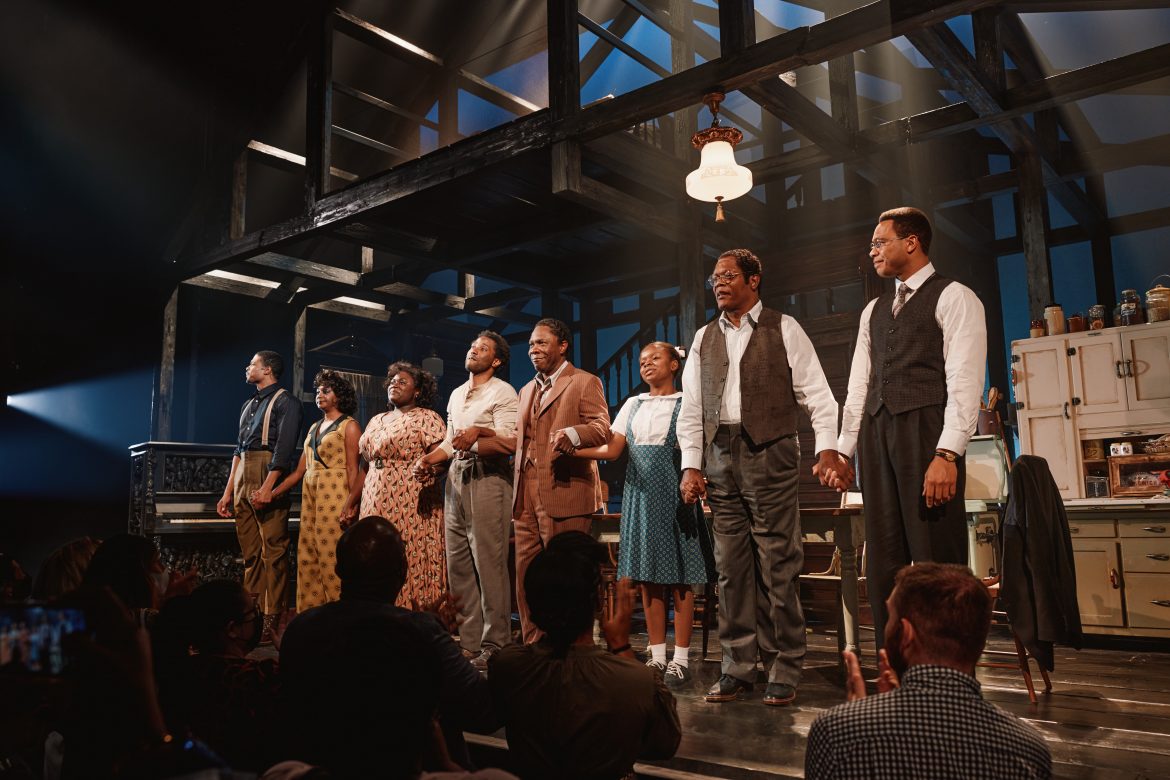 Photo of the company taking their first bow by Emilio Madrid.

The Piano Lesson started previews last night, arriving more than 30 years after the seminal, Pulitzer Prize-winning drama’s premiere for its 17-week engagement. The official opening night is on Thursday, October 13.

The Piano Lesson is directed by Tony Award nominee LaTanya Richardson Jackson – who is making her Broadway directorial debut and is the first woman to ever direct an August Wilson play on Broadway, and stars Samuel L. Jackson as Doaker Charles, John David Washington as Boy Willie, and Danielle Brooks as Berniece. The cast also features Trai Byers as Avery, Ray Fisher as Lymon, April Matthis as Grace, Michael Potts as Wining Boy, and Nadia Daniel and Jurnee Swan as Maretha at alternating performances.

The Piano Lesson is produced by Brian Anthony Moreland, Sonia Friedman, Tom Kirdahy, Kandi Burruss and Todd Tucker. Tickets at the Ethel Barrymore Theatre are now on sale at PianoLessonPlay.com or Telecharge.com. 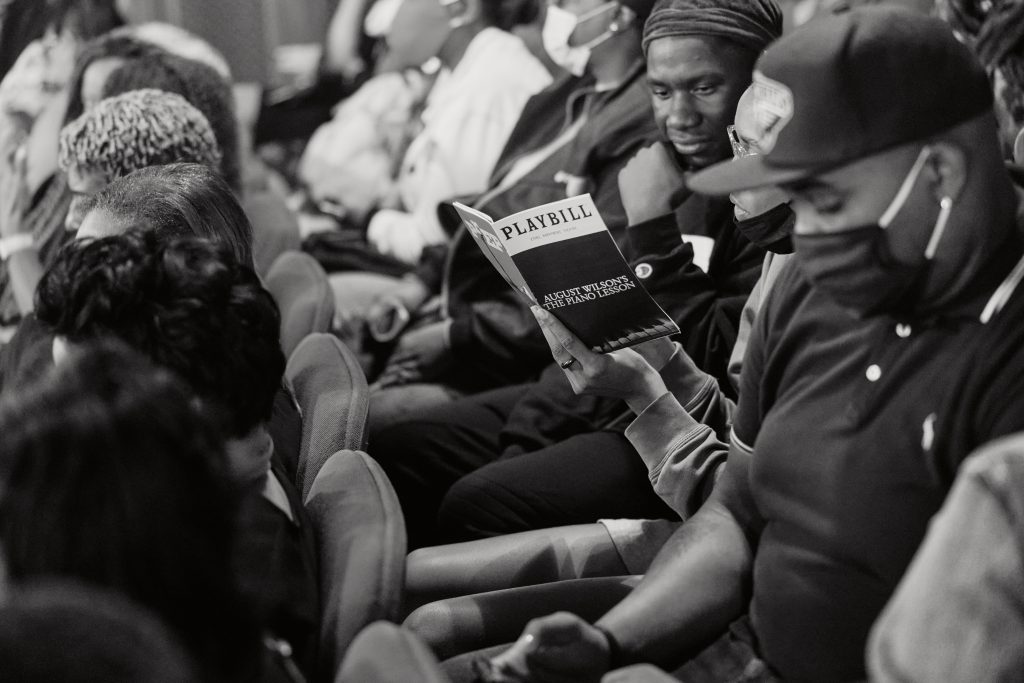 August Wilson’s The Piano Lesson, which premiered at the Yale Repertory Theatre in 1987 and starred a then-39-year-old Samuel L. Jackson as Boy Willie, is the fourth play in the American Century Cycle. Three years later, a new production, starring Carl Gordon, Charles S. Dutton and S. Epatha Merkerson, opened at Chicago’s Goodman Theatre, and soon transferred to Broadway’s Walter Kerr Theatre. In addition to winning the Pulitzer Prize for drama, The Piano Lesson won the New York Drama Critics’ Circle Award for Best Play, the Drama Desk Award for Outstanding Play, the Peabody Award and was nominated for the 1990 Tony Award for Best Play.

The Piano Lesson is set in Pittsburgh’s Hill District in 1936.  A brother and sister are locked in a war over the fate of a family heirloom: a piano carved with the faces of their ancestors. The Piano Lesson, wrote Frank Rich in The New York Times, “has its own spacious poetry, its own sharp angle on a nation’s history, its own metaphorical idea of drama and its own palpable ghosts that roar right through the upstairs window of the household where the action unfolds. Like other Wilson plays, The Piano Lesson seems to sing even when it is talking.” 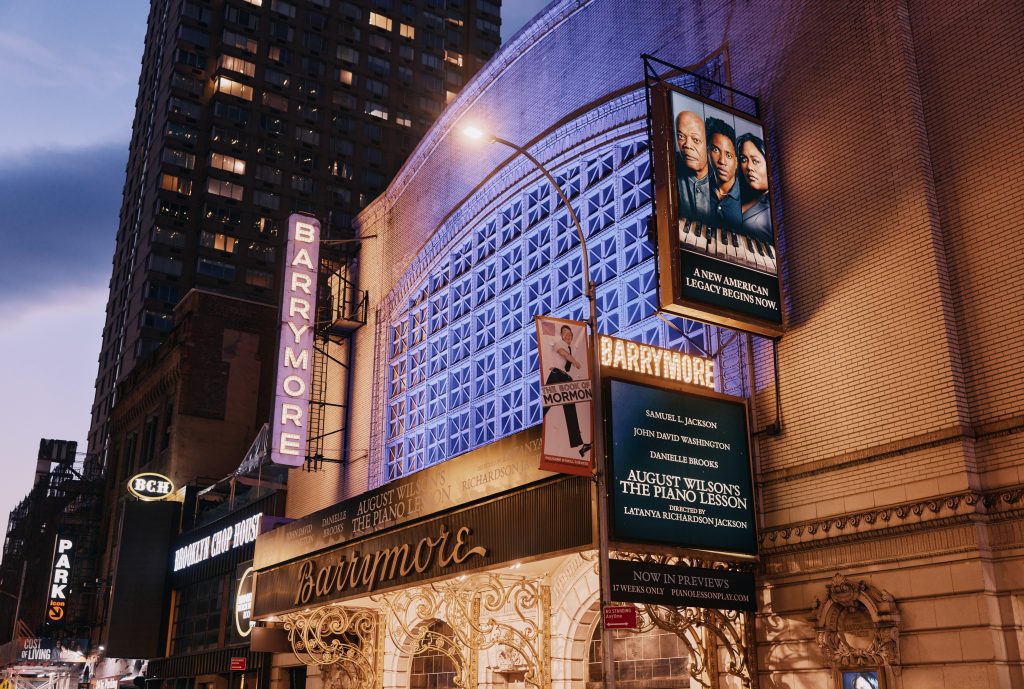 In Memory of Lanford Wilson