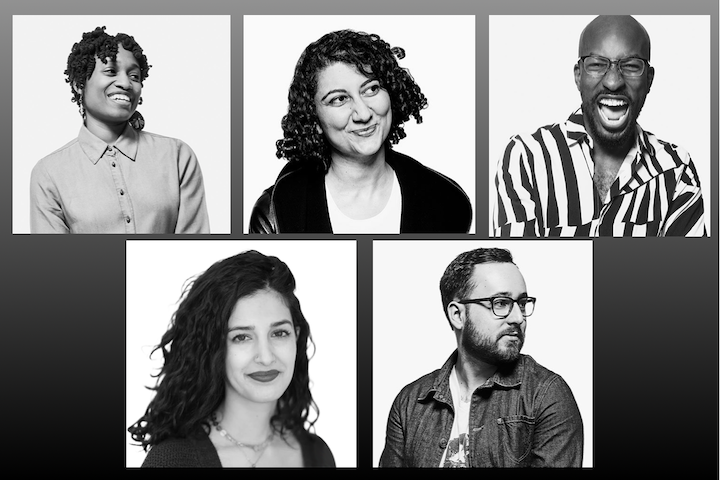 Off-Broadway theater company Playwrights Horizons asked its roster of authors to introduce their works in a new video announcing its 2021-22 season, including plays by Aleshea Harris, Sylvia Khoury, Dave Harris, Sanaz Toossi and Will Arbery.

What to Send Up When It Goes Down by Aleshea Harris is a play, a ritual, and a home-going celebration that bears witness to the physical and spiritual deaths of Black people as a result of racist violence.  Setting out to disrupt the pervasiveness of anti-Blackness and acknowledge the resilience of Black people throughout history, Aleshea Harris’s acclaimed, groundbreaking play blurs the boundaries between actors and audiences, offering a space for catharsis, discussion, reflection, and healing.

Taroon once served as an interpreter for the US military in Afghanistan. Now the Americans — and their promises of safety — have withdrawn, and he spends his days in hiding, a target of the increasingly powerful Taliban. In Sylvia Khoury’s play, Selling Kabul, Taroon must remain in his sister’s apartment or risk his life to see his child on the eve of his son’s birth. With shattering precision, Sylvia Khoury’s thriller traces the human cost of immigration policy and the overlooked legacy of America’s longest — and ongoing — war.

Tambo and Bones are two characters trapped in a minstrel show. It’s mad hard to feel like a real person when you’re trapped in a minstrel show. Their escape plan: get out, get bank, get even. A rags-to-riches hip-hop journey, Tambo & Bones by Dave Harris roasts America’s racist past, wrestles America’s racist present, and explodes America’s post-racial future — where what’s at stake, for those deemed less-than-human, is the fate of humanity itself.

It’s 1978, and protests are breaking out all across Iran, encroaching on this suburb where a tight-knit circle of girlfriends plans weddings, trades dirty jokes, and tries to hang onto a sense of normalcy. But as the revolution escalates, each woman is forced to join the wave of emigration or face an equally uncertain future at home. With breathtaking humanity and cutting wit, Sanaz Toossi’s Wish You Were Here chronicles a decade of life during war, as best friends forever become friends long lost, scattered and searching for home.

In Corsicana, a small city in Texas, a woman with Down syndrome named Ginny and her half-brother Christopher are unmoored in the wake of their mother’s death. Their close family friend, Justice, introduces them to a local artist named Lot, a recluse and outsider, hoping that he and Ginny can make a song together. That’ll help somehow. In this restless quartet about caretaking and caregiving in which the very fabric of reality is up for debate, Will Arbery’s Corsicana charts the quiet, particular contracts of the heart that forge a new family.