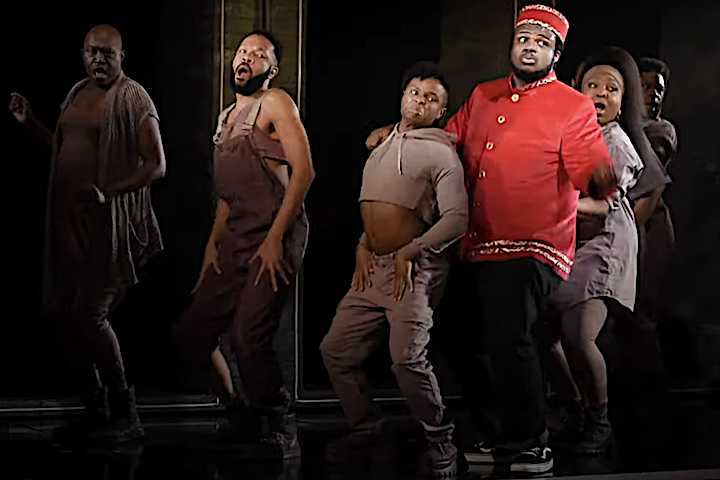 A video still from Woolly Mammoth’s production of ‘A Strange Loop.’ (YouTube)

A “big, Black, and queer-ass American” musical is coming to Broadway in the spring of 2022! Pulitzer Prize winner A Strange Loop, a new musical with book, music, and lyrics Michael R. Jackson, will bow at the Lyceum Theatre next year, with exact dates to be determined. Stephen Brackett (Be More Chill) will direct and Raja Feather Kelly (If Pretty Hurts Ugly Must Be a Muhfucka) choreographs the production.

The production originated at Playwrights Horizons, in association with Page 73 Productions, in the spring and summer of 2019. The work won the Drama Desk, New York Drama Critics’ Circle, Outer Critics Circle, and Off-Broadway Alliance awards for Best Musical. The creative team and ensemble also won an Obie Award Special Citation, and Michael R. Jackson won the 2020 Pulitzer Prize in Drama.

Then, the Washington, DC production at Woolly Mammoth Theatre Company, originally scheduled for September 2020, was postponed to December 2021 due to the COVID-19 pandemic. It is currently running through January 9, 2022. with an all-Black, queer cast.

A Strange Loop will be produced on Broadway by Barbara Whitman and Page 73 Productions, Woolly Mammoth Theatre Company, and Playwrights Horizons.