Top Posts
‘Company’ to Hit the Road on North American...
Meet the Full Cast of ‘Shucked,’ Coming to...
Full Cast for ‘Parade’ Announced
Stephen McKinley Henderson Gives the Performance of His...
The McKittrick Hotel Announces the Return of ‘The...
Broadway Stars Honored with Academy Award Nominations
Taylor Trensch, Danny Wolohan, and More Join the...
A Gay Road Trip Comes to The Brick...
Maude Apatow of ‘Euphoria’ is the Next Audrey...
Tony Award Winners to Star in ‘Hercules’ at...
Home Buzz ‘Ratatouille: The TikTok Musical’ Raises an Astounding $2 Million
Buzz 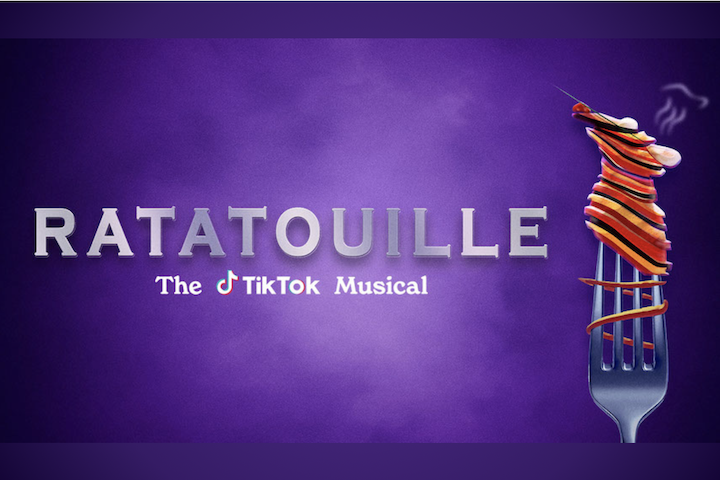 The Actors Fund today announced that Ratatouille: The TikTok Musical, based on the Disney/Pixar animated feature, has generated an extraordinary total of $2 million to benefit The Actors Fund, making this the most successful fundraiser in Actors Fund history.

Presented by the Tony Award-winning theatrical company Seaview, in association with TikTok and TodayTix Presents, Ratatouille: The TikTok Musical premiered on Friday, January 1, 2021, on TodayTix with over 200,000 tickets sold, in addition to an encore performance on Sunday, January 10 on TikTok, with 150,000 viewers tuning in. Between the two viewing platforms, more than 350,000 people viewed Ratatouille: The TikTok Musical.

In a statement, Joseph P. Benincasa, The Actors Fund President & CEO, said, “The collaborative spirit of the entertainment community was on full display in Ratatouille: The TikTok Musical. The Actors Fund is incredibly grateful to Thomas Schumacher and Disney Theatrical Group for allowing this project to move forward; to Greg Nobile and Seaview Productions; the phenomenal performers and musicians; the remarkable creative team and the TikTok community for this groundbreaking benefit. Their dedication and generosity brought joy to arts lovers worldwide, raised unprecedented funds and points the way forward in 2021. That same collaborative spirit will help ensure The Actors Fund continues to foster stability and resiliency and to provide a safety net to everyone in entertainment and performing arts.”

“When Greg Nobile first approached us with the idea to produce a benefit event surrounding Ratatouille, never did we imagine that it would blossom into such an amazing outpouring of love and support for The Actors Fund,” said Thomas Schumacher, President & Producer, Disney Theatrical Productions. “What we all saw New Year’s day was a celebration of art and craft that was as charming as it was moving. It’s thrilling to see how the theatre-makers on TikTok and the Broadway community came together to provide aid to so many in need during this unprecedented time. Congratulations to our friends at Seaview, all of the artists involved, and our tireless colleagues at The Actors Fund.”

Greg Nobile, Seaview CEO, said, “We are so grateful to the TikTok community, the Ratatouille creative team, and our friends at Disney Theatrical Group and The Actors Fund for helping us make this joyous first-of-its-kind event come to life. In less than a month, we all created a new way of making art while raising funds for such a vital organization during this unprecedented time. I am hopeful that the success of this benefit will have a lasting impact as we work together as an industry to continue finding ways to champion new, diverse, and younger voices and audiences – whether it be online, on Broadway, or beyond.”

The one-time performance of Ratatouille: The TikTok Musical featured content created by members of TikTok’s #RatatouilleMusical Community, whose collective work has earned the engagement of more than 200 million fans around the globe, and was performed with the 20-piece Broadway Sinfonietta orchestra.