Top Posts
‘Company’ to Hit the Road on North American...
Meet the Full Cast of ‘Shucked,’ Coming to...
Full Cast for ‘Parade’ Announced
Stephen McKinley Henderson Gives the Performance of His...
The McKittrick Hotel Announces the Return of ‘The...
Broadway Stars Honored with Academy Award Nominations
Taylor Trensch, Danny Wolohan, and More Join the...
A Gay Road Trip Comes to The Brick...
Maude Apatow of ‘Euphoria’ is the Next Audrey...
Tony Award Winners to Star in ‘Hercules’ at...
Home Buzz Rebecca Luker Takes “A Holiday”
Buzz Early in the second act of the new musical Death Takes a Holiday, the serene matriarch of an aristocratic Italian family gazes into a mirror, but instead of looking admiringly at herself, she sees what is missing: the son she lost in The Great War. Singing “Losing Roberto” with intricate detail but unshowy fragility, like a lovingly worked piece of lace, three-time Tony-nominee Rebecca Luker provides the undisputed musical and emotional highlight of the evening…and she accomplishes this without once raising her voice in roof rattling emotion.

Luker’s career has been a string of such performances, musically peerless yet never diva cries for attention. From her rise in The Secret Garden and Show Boat to her tenure as the golden-noted soprano of classic revivals like The Music Man, she trusts in her floating, flawlessly controlled soprano, her unusual mixture of regal yet homespun beauty and her sensitivity as an actress to bring the audience to her.

Seeing Luker, even in a smaller supporting role, reminded me that she was one of the first Broadway stars that I ever met in person. Fresh out of college and on a trip to New York, I’d stumbled into an alumni of my university who, discovering my interest in being a lyricist, offered to let me join him for the final dress rehearsal of Sondheim’s Passion…as long as “his friend” didn’t mind giving up her seat. After a quick phone call, the gentlemen said that his friend agreed as long as we met after the show and told her all about it. Later, giddy with pleasure after sitting directly behind my writing idol as he took notes on the show, I was escorted over to an old theater haunt where I was introduced to my seat benefactor, Rebecca Luker. I’d had Secret Garden repeating on my cd player so I was in awe, but she didn’t seem to notice. Lovely and relaxed, she grilled us, happily bubbling with questions and caring about my opinion. It was an amazing night and one that I’ll always recall for the warmth and generosity of Ms. Luker; she showed me the kind of family that the New York theater community can be at it’s best.

After the jump, let’s watch Rebecca Luker at her best, sensitively shaping a lyric with her timeless voice: 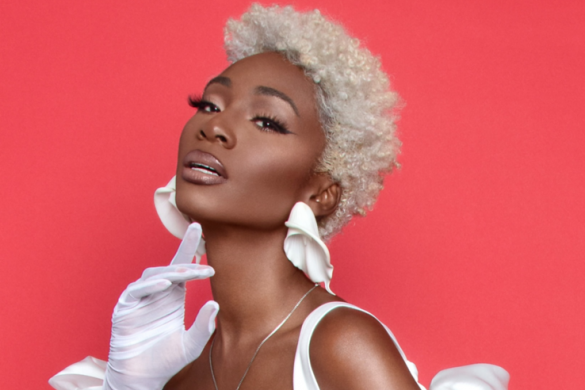