Top Posts
‘Company’ to Hit the Road on North American...
Meet the Full Cast of ‘Shucked,’ Coming to...
Full Cast for ‘Parade’ Announced
Stephen McKinley Henderson Gives the Performance of His...
The McKittrick Hotel Announces the Return of ‘The...
Broadway Stars Honored with Academy Award Nominations
Taylor Trensch, Danny Wolohan, and More Join the...
A Gay Road Trip Comes to The Brick...
Maude Apatow of ‘Euphoria’ is the Next Audrey...
Tony Award Winners to Star in ‘Hercules’ at...
Home Buzz Recap: Rodgers & Hart at 92Y
Buzz 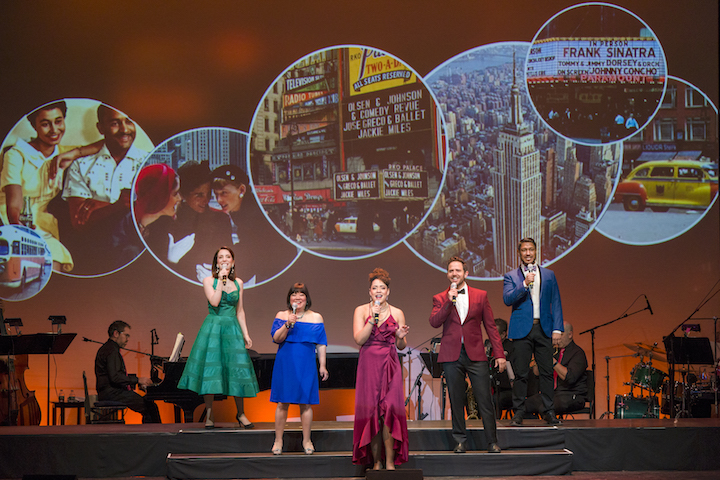 92Y’s Theresa L. Kaufmann Concert Hall provided a warm respite from the winter chill as the cultural institution kicked off its Lyrics & Lyricists series with We’ll Have Manhattan: Rodgers & Hart in New York.

Santino Fontana, who will be starring in Tootsie on Broadway this spring, created the evening, which included 25 songs from the Rodgers & Hart songbook, with a particular focus on the latter. A sweet melancholy hung in the air as Fontana, along with castmembers Lilli Cooper (SpongeBob, SquarePants), Jessica Fontana, Ann Harada (Irving Berlin’s Holiday Inn), and Vishal Vaidya, shared stories of Hart’s prolific yet troubled life. 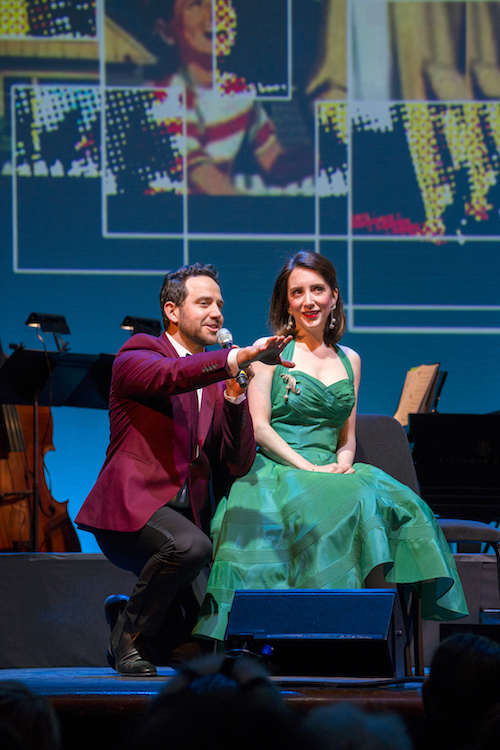 Hart met Rodgers while they were both students at Columbia University, and the pair went on to become a successful songwriting team throughout the 20s and 30s. Hart’s prolific body of work spans more than 30 Broadway musicals, yet in spite of his success, the lyricist struggled throughout his life with his sexual identity and alcohol addiction. He died at the age of 48, leaving behind a legacy that would help establish the foundation for the Great American Songbook. Artists from all genres have revisited these glorious songs, reimagining them for a new generation.

Arranger and orchestrator David Chase, though not onstage for the limited five-performance run, deserves a standing ovation for his dynamic reinterpretation of the Rodgers & Hart songbook, which honors the originals while allowing room for Hart’s expressive lyrics to shine through. Those who remember the brief 1993 Broadway production of A Grand Night for Singing, which featured the music and lyrics of Rodgers & Hammerstein with arrangements by Fred Wells and orchestrations by Michael Gibson, will recognize equally ebullient efforts here.

Highlights included a bongo-heavy rendition of “I’ve Got Five Dollars” from American’s Sweetheart; Where’s That Rainbow from Peggy-Ann; and perhaps one of the pair’s most famous songs, “My Funny Valentine” from Babes in Arms, with the indelible lyrics:

Is your figure less than Greek?
Is your mouth a little weak?
When you open it to speak, are you smart?
But, don’t change a hair for me.
Not if you care for me.
Stay little valentine, stay!
Each day is Valentine’s Day

The five-member ensemble, smartly dressed in jewel-toned cocktail attire and tuxedos, each had a moment to shine, but it was Santino that illuminated most of all, perhaps because of his obvious emotional connection to the material. The multi-talented performer spoke of listening to Rodgers & Hart’s songs as a child and exhibited his talent at the piano and banjo throughout the evening. Ann Harada, known for her quirky character portrayals in Rodgers + Hammerstein’s Cinderella and Avenue Q, delivered vocal prowess with smartly interpreted phrasing, which helped the material resonate that much more.

Projections by Dan Scully, lighting by John Kelly, and an extensive amount of research by dramaturg Jill Rafson, all contributed to an evening that celebrated one of the great lyricists of the 20th century.