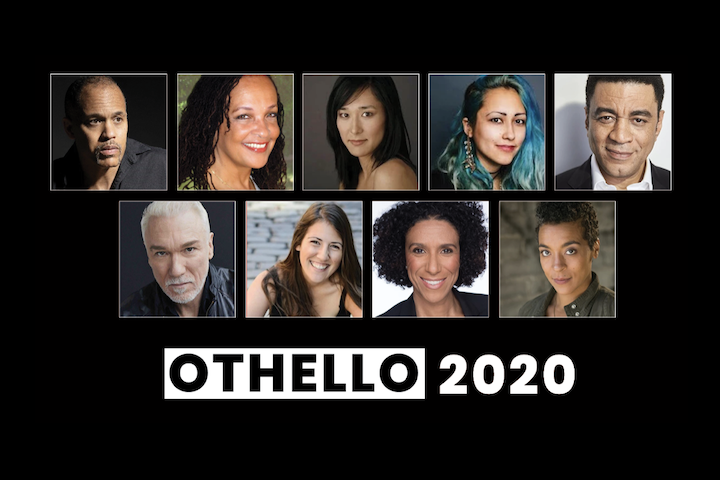 Red Bull Theater has announced that OTHELLO 2020, a multi-program initiative providing an engaging and educational experience for all who are interested in Shakespeare’s Othello and the world in which we live today, will kick off with a RemarkaBULL Podversation, Exploring Iago with Tony and Drama Desk nominee Patrick Page.

RemarkaBULL Podversations are informal, livestreamed conversations that investigate approaches to essential passages from the Shakespearean and Jacobean canon―and beyond. The livestream is scheduled for Monday, October 5, 7:30 p.m. ET.

Celebrated Shakespearean actor and Tony Award-nominee Patrick Page will join host Nathan Winkelstein, Red Bull’s Associate Artistic Director, for a conversation focused on Iago’s “I hate the Moor” speech from the first act of Shakespeare’s Othello. Page performed Iago opposite Avery Brooks in 2005 at The Shakespeare Theatre Company under the direction of Michael Kahn. He’ll read passages from the play and discuss his approach to the text and character. They’ll take questions through Facebook LIVE and YouTube. Red Bull will also be welcoming a few individuals to appear as part of the broadcast.

Page has been called “one of this country’s finest classical actors” by Wall Street Journal, and “The Villain of Broadway” by Playbill Magazine. He is an Associate Artist at both The Shakespeare Theatre of DC and The Old Globe Theatre in San Diego, where roles have included Iago, Macbeth, Claudius, Coriolanus, Prospero, Malvolio, and Cyrano, among others. His classical work has garnered him the Matador Award for Excellence in Classical Theater from Red Bull Theater, The William Shakespeare Award for Classical Acting, The Helen Hayes Award, The Craig Noel Award, and The Utah Governor’s Medal of the Arts, among many others. He currently plays Hades in Hadestown on Broadway.

Running from October 5th through 28th, the multi-program online-only OTHELLO 2020 initiative will also include an informal reading of Keith Hamilton Cobb’s American Moor, which the company produced Off-Broadway in the fall of 2019; a premiere reading of Anchuli Felicia King’s new play Keene, concerning the first known African American actor to perform the role of Othello; and a multi-part salon seminar series: Exploring Othello in 2020 that will bring together a group of BIPOC (Black, Indigenous and People of Color) theater artists to read and discuss Shakespeare’s Othello with celebrated Shakespeare scholar, Ayanna Thompson.