Top Posts
‘Company’ to Hit the Road on North American...
Meet the Full Cast of ‘Shucked,’ Coming to...
Full Cast for ‘Parade’ Announced
Stephen McKinley Henderson Gives the Performance of His...
The McKittrick Hotel Announces the Return of ‘The...
Broadway Stars Honored with Academy Award Nominations
Taylor Trensch, Danny Wolohan, and More Join the...
A Gay Road Trip Comes to The Brick...
Maude Apatow of ‘Euphoria’ is the Next Audrey...
Tony Award Winners to Star in ‘Hercules’ at...
Home Show Folk Remembering Critic and Playwright Eric Bentley
Show Folk 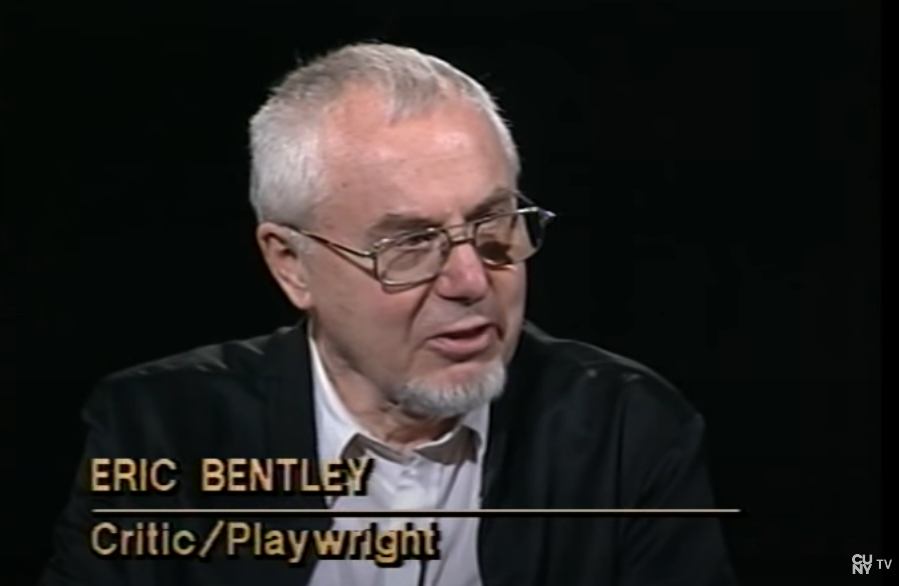 The theater world mourns the loss of legendary critic and playwright Eric Bentley, who died at his Manhattan home on August 5 at the age of 103.

Born in Lancashire, England, and arriving in the U.S. after his Oxford education in 1938, Bentley went on to study at Yale, then teach and direct and UCLA. His sharp words sailed across the page of The New Republic during his tenure as a theater critic. But he was also a playwright and translator, penning The Red, White and Black (produced at La Mama in 1971) and translating many of the works by Bertolt Brecht.

Despite his love and passion for theater, Bentley’s tastes often veered far from Broadway’s commercial productions. “As for commercialized Broadway, [Bentley] judged it to be anathema to artistic theater, a view many readers regarded as tantamount to an attack on American culture,” wrote Christopher Lehmann-Haupt for the New York Times.

Bentley’s criticism collections have long been referenced in theater curricula, including In Search of Theater (1953), The Life of the Drama (1964), among others. His observations — both on stage as well as in life — still resonate.

“Ours is the age of substitutes: instead of language, we have jargon: instead of principles, slogans: and, instead of genuine ideas, bright ideas,” Bentley once wrote.

Bentley approached the work of some of the 20th century’s most prolific playwrights with candor, which occasionally resulted in life-long tensions, as with Arthur Miller.

“Well, he’s better than I said, probably, because I was involved in a polemic. When I look back at some of my criticisms, I see that I was more of a Brechtian than I thought; I was wanting him to take over Broadway,” Bentley said in a 2016 interview with American Theatre. “Theatre criticism is bound to be very enveloped in the current controversies, both about theatre and about politics. But I don’t mind, because we’re all subject to that.”

Bentley’s personal life included two marriages, followed by a public acknowledgment of his bisexuality. One of his plays offered the opportunity to explore the topic through the theatrical lens.

“The Oscar Wilde play I did (Lord Alfred’s Lover), I wrote chiefly from identification with him. Not because I think I’m Oscar Wilde, but because I felt I could perfectly understand what many people told me they thought was strange, that he had a wife and two children, and yet, and yet . . . which to me was not so strange, you see,” Bentley said in a 1987 interview with the Los Angeles Times. “So I tried to make that understandable in what I wrote, both to myself and to any reader or spectator.”

Watch Michael Riedel interview Eric Bentley on the occasion of his 100th birthday.