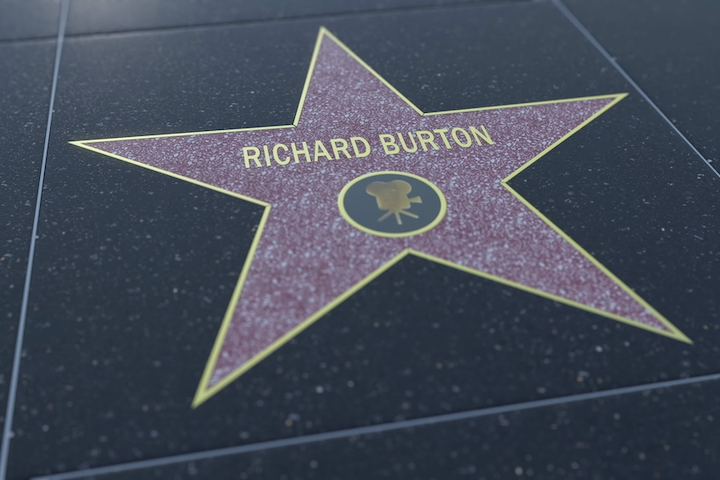 Today marks the 35th anniversary of Richard Burton’s death. The stage and screen actor appeared on Broadway eight times, perhaps most famously as Arthur in the original company of Camelot.

In spite of its now-legendary status, the Lerner and Loewe musical, co-starring Julie Andrews and Robert Goulet, ran for only 863 performances the first time around. A short-lived 1980 revival, in which Burton reprised his role, ran for 56 performances.

Burton’s other notable Broadway appearances included a star turn in the title role of Hamlet (1964) and stepping into the role of Martin Dysart in Equus (a role originated by Anthony Hopkins). Burton married Elizabeth Taylor twice and co-starred with her in Who’s Afraid of Virginia Woolf? The performance earned him one of seven Academy Award nominations, though he never won a coveted Oscar.