No need, it seems, for Internet dating, singles bars, or expensive cruises. If Jerry Mayer’s romantic comedy, 2 Across, is any indication, it’s still possible to meet and fall in love in an hour and a half in the most unlikely of places, like, for example, the 4:30 a.m. BART train from San Francisco International Airport on its way to Bay Point. That, at least, is the dreamy conceit of this fluffy two-hander, a play that’s already had multiple American and European productions; it’s the kind of thing you might expect to see at your local dinner theatre but that’s now playing three days a week at Off Broadway’s St. Luke’s Theatre.

The play sometimes goes too far in stretching credibility, but, as effortlessly performed by two appealingly attractive pros, one of them former child star Andrea McArdle (Broadway’s original Annie), 2 Across is the theatrical equivalent of an ice cream sundae, even providing a cherry of a treat at the end: not very nutritious, but no problem getting it down.

Mayer, a successful TV writer and producer (“M*A*S*H,” “All in the Family,” etc.) zings his way through this duologue set in a BART car (replicated by designer Scott Heineman) and showing an attractive, middle-aged woman, Janet (McArdle), returning home unhappily after seeing off her 18-year-old, high school-dropout son, who’s joined the Marines. She tries to bury her blues in a crossword puzzle, but the only other passenger, the middle-aged Josh (Kip Gilman), happens to be working on the same one; a friendly, garrulous type, he can’t help butting in. Janet resists (even showing her can of mace) but, soon enough, a tenuous relationship takes root between the wedding band-wearing pair. Kip Gilman and Andrea McArdle in ‘2 Across’ (Photo: Carol Rosegg via The Broadway Blog.)

Janet is a psychologist who’s so uptight about breaking rules that, despite her hunger, she refuses to eat a sandwich Josh proffers, because eating on the train is forbidden. Josh, a former actor and ad executive, is unemployed but the prospect looms of a good job at Banana Republic. She’s a Catholic, he’s a Jew—yes, here come those jokes.

As the stops along the way are announced, crossword talk helps explain each character’s dominant traits, chemistry bubbles into osculation, personal secrets are exposed, and eHarmony loses a couple of potential customers. Most of this is predictable stuff made amusing by the actors’ charm; even that, however, isn’t always enough to overcome strained plot devices, like the one involving Josh’s discovering that Janet’s carrying a library copy of Petrarch’s love sonnets. She hasn’t had a chance to read the book, and insists she must return it because it’s due and there’s a waiting list for it (!?!); wouldn’t you know it, but Josh just happens to be a Petrarch buff. He so moves her with his lesson on the Renaissance master and his reading of the poems that Janet decides to hold on to the tome for a bit. Note to Janet: used copies can be bought online for a song. And what of all those dictionaries and an atlas she lugs around? Never heard of a smart phone? Andrea McArdle and Kip Gilman in ‘2 Across.’ (Photo: Carol Rosegg via The Broadway Blog.)

2 Across isn’t It Happened One Night and McArdle and Gilman aren’t Colbert and Gable, but both are easy to watch and believably grounded. Under the direction of Evelyn Rudie, the acting favors simple honesty over overt histrionics, but one does wait for a few sparks to fly. McArdle, trim as a gym rat in a form-fitting black dress and tights, her abundant red hair perfectly coiffed, is a bit too glammed up, but she convincingly conveys Janet’s intelligence and motherly concerns. Gilman, a loose amalgam of Bill Pullman and a younger Robert De Niro, makes the most of his nice Jewish guy shtick, and Josh’s demonstrations of his acting chops click nicely.

When the play ends, the stars reappear to offer the show’s biggest takeaway, a duet of “It Had to Be You,” with McArdle demonstrating why, at St. Luke’s, this fabulous Broadway baby is so near yet so far from where she really belongs. 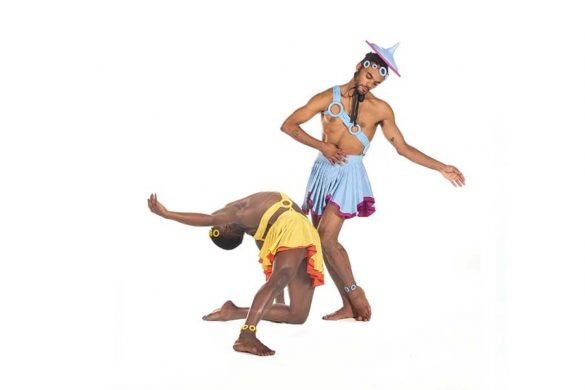