Top Posts
‘Company’ to Hit the Road on North American...
Meet the Full Cast of ‘Shucked,’ Coming to...
Full Cast for ‘Parade’ Announced
Stephen McKinley Henderson Gives the Performance of His...
The McKittrick Hotel Announces the Return of ‘The...
Broadway Stars Honored with Academy Award Nominations
Taylor Trensch, Danny Wolohan, and More Join the...
A Gay Road Trip Comes to The Brick...
Maude Apatow of ‘Euphoria’ is the Next Audrey...
Tony Award Winners to Star in ‘Hercules’ at...
Home Buzz Review: Cheyenne Jackson at Town Hall
BuzzReviewsShow Folk Truth was the paramount theme in Cheyenne Jackson’s Town Hall concert Friday night. After a multi-city tour, the stage and screen actor returned to New York, where he made his Broadway debut in Thoroughly Modern Millie 13 years ago. Jackson, who admitted to a “rough last few years” that included divorce and alcohol addiction, spoke candidly about his struggles and triumphs, leaving his fans entertained and inspired.

With a nod to the late Ben E. King, the versatile vocalist opened the intimate evening with “Stand By Me” followed by two older standards, “A Foggy Day” and a resonant version of the Latin American bolero, “Besame Mucho.”

A recent newlywed, Jackson lavished praise on his husband, Jason, and dedicated an elegant rendition of Elton John’s “Your Song” to him. Jackson then spoke of his late grandmother, a larger than life character who advocated for both her grandson and her favorite drink. He then sang a song he wrote in her memory titled, “Red Wine Is Good for My Heart.” Reminiscing about his 2004 Elvis-like leading role in Broadway’s All Shook Up, Jackson dusted off his blue suede shoes in a hip-swinging medley that began with “Follow That Dream” and “Teddy Bear,” and ended with the romantic confession, “Can’t Help Falling In Love With You.”

Jackson welcomed friend and fellow Broadway star Laura Benanti, who took to the stage in an a capella and unplugged version of Kander and Ebb’s “A Quiet Thing.” Benanti’s soaring voice navigated the material with effortless grace. Although she was billed as a special guest star, it seemed  peculiar that she only contributed a single song to the night’s proceedings. An enthusiastic audience would have enjoyed hearing more from the Tony Award winner—either as a soloist or with her buddy, Jackson.

After changing from a white dinner jacket and bowtie, a slightly more casual Jackson, dressed in a classic white shirt and black suite and tie, continued the diverse line-up with a mash up of “I Get Along Without You Very Well” and “Don’t Get Around Much Anymore.” “Old Devil Moon,” from his other star turn in the 2009 Broadway revival of Finian’s Rainbow was next. A light-hearted Jackson poked fun at the short-lived flop, suggesting that the reason for its failure was mainly due to the “entire plot” but pointed out the beauty of Yip Harburg’s score.

Fast forwarding to a contemporary theme, Jackson mentioned his soon to be co-star of television’s American Horror Story, Lady Gaga, and sang a slowed down version of her smash hit, “The Edge of Glory” in her honor. Soliciting the audience, he then jokingly asked if anyone could arrange for him to one day sing a duet with George Michael before performing the artist’s ballad, “Kissing a Fool.”

Jackson pointed to his continued sobriety as one of his greatest achievements over the last few years and commented on it with an unlikely, but relevant song, “Falling Slowly” from Glen Hansard and Marketa Irglova’s Once:  “Take this sinking boat and point it home/We’ve still got time/Raise your hopeful voice you have a choice/You’ll make it now.”  His honest and heart rendering delivery was the night’s most poignant moment.

Like every good son, Jackson acknowledged his mother and her affinity for singer-songwriter Joni Mitchell before singing “A Case of You” for her.

The crooner ended the night with a cover of Nina Simone’s “Feelin’ Good” and Sam Cooke’s defiant but hopeful anthem, “A Change Is Gonna Come.”

Led by musical director and pianist Willy Beaman, Jackson’s stellar band consisted of drummer Vancil Cooper, Michael O’Brien on bass, and guitarist Steve Bargonetti. Jackson’s four-and-a-half-octave range was in excellent form, proof that his positive life change is serving him well. While he continues to find success film and television success in Hollywood, theater fans can rest easy with the knowledge that his future plans include occasional returns to the New York stage. 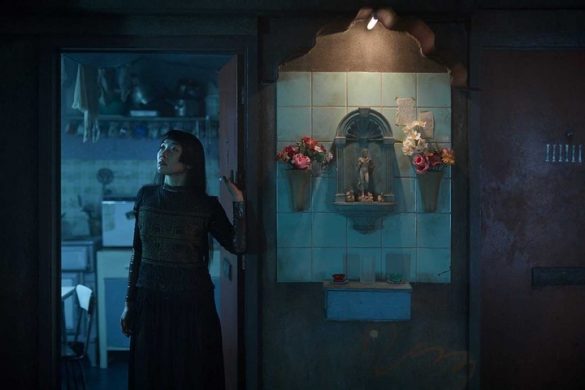