Top Posts
‘Company’ to Hit the Road on North American...
Meet the Full Cast of ‘Shucked,’ Coming to...
Full Cast for ‘Parade’ Announced
Stephen McKinley Henderson Gives the Performance of His...
The McKittrick Hotel Announces the Return of ‘The...
Broadway Stars Honored with Academy Award Nominations
Taylor Trensch, Danny Wolohan, and More Join the...
A Gay Road Trip Comes to The Brick...
Maude Apatow of ‘Euphoria’ is the Next Audrey...
Tony Award Winners to Star in ‘Hercules’ at...
Home Buzz Review: Manhattan Theatre Club’s “The Snow Geese” Attempts to Take Flight
BuzzReviews “And that’s what people want to see when they go to the theater. I believe at the end of the day, they want to see themselves—parts of their lives they can recognize.”—Viola Davis

Theater about the 1 percent is tricky business. It can be done with a satirical hand in the tradition of Noel Coward or more starkly in the naturalistic vein of Chekhov. New works about the woes of the wealthy seem few and far between, perhaps a reflection of our nation’s largest income gap in 100 years or the challenge of creating empathetic characters and storylines when the rich, according to many, seem to have so little justification for complaints. On Broadway, where tickets average $100 and banks or airlines own theaters, perhaps the upper class is exactly to whom new shows are now catering. Into this economic and social climate swoops The Snow Geese, a new drama at Manhattan Theatre Club by Sharr White (an advertising executive with a rather fruitful, labor intensive hobby of writing Broadway plays, most recently The Other Place) starring MTC darling, Mary-Louise Parker (of TV’s Weeds fame seen most recently on Broadway in Hedda Gabler in 2009 and more notably before that, Proof). Parker plays Elizabeth Gaesling, a widowed upper class woman grieving the recent loss of her husband, Theodore (Christopher Innvar, appearing briefly for one scene in flashback). Set against the backdrop of World War I, the Gaesling family is comprised of two young, handsome sons Duncan and Arnold (Evan Jonigkeit and stand-out newcomer Brian Cross), Elizabeth’s sister/maid Clarissa (Victoria Clark) and brother-in-law, the German born doctor Max (Danny Burstein), and a newly emigrated Ukranian maid, Viktorya Gryaznoy (Jessica Love in a perfectly drawn Broadway debut).

Set in 1917, the action takes place at the family’s upstate hunting lodge for an annual shooting party that becomes far less a party than an opportunity for dark secrets to be revealed, including the reality of the family’s finances. The Gaeslings are, in plain terms and thanks to the late patriarch’s mishandlings, broke as a bucket. Arnold, the younger son whose nickname “Pigeon” adds one of many bird metaphors that were as lost on me as the geese/Gaesling one, makes it his mission to wake everybody up to reality and proceeds with an endearing, revolutionary zeal. Meanwhile, as older brother Duncan prepares to go off to war, his overly confident veneer breaks down once he begins to learn the truth.

The Snow Geese‘s individual parts are far greater than the sum total of the production. These are talented actors giving very human performances under the astute direction of Daniel Sullivan (Rabbit Hole and Proof, for which he worked with Parker and won a Tony award). Broadway veteran Burstein, fresh off his role in Talley’s Folly at the Roundabout, proves once again he is a master of dialects and comedy, while Clark portrays the austere reserve of a woman hardened by her adversity. Love’s Ukrainian maid is spot-on both in affect, accent and understatement, following in the tradition of “other” and “outsider” characters that, while dismissed by their superiors, can penetrate and see the truth most miss. The eldest son played by Jonigkeit is the consummate Golden Boy with charm and comedic timing making best use of his character’s pension for puns and embodying the spirit of American optimism and patriotism that when examined more closely, says as much about the personal as it does the political.

Mary-Louise Parker, while demonstrating a beautiful fragility and persistent effort to maintain strength as the walls of denial come crumbling down (I am a fan and can watch Parker smile through the pain and lend her wry humor to just about anything) seems overpowered by her surroundings. I might even go so far as to say she is miscast. It could be a function of a script that lends less dynamic tension to her journey, since Elizabeth’s journey is part grief process and part preparation for an empty nest. All in all, there is a specificity to Parker’s work that did not in this case feel perfectly matched with the role. Despite its ambitious themes The Snow Geese never really takes flight. 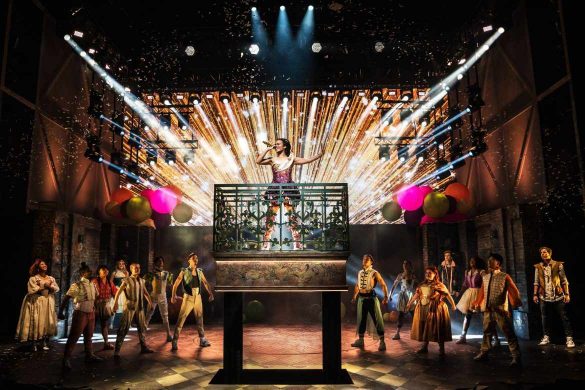 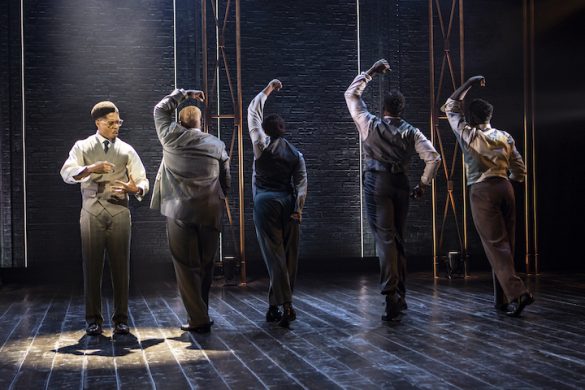