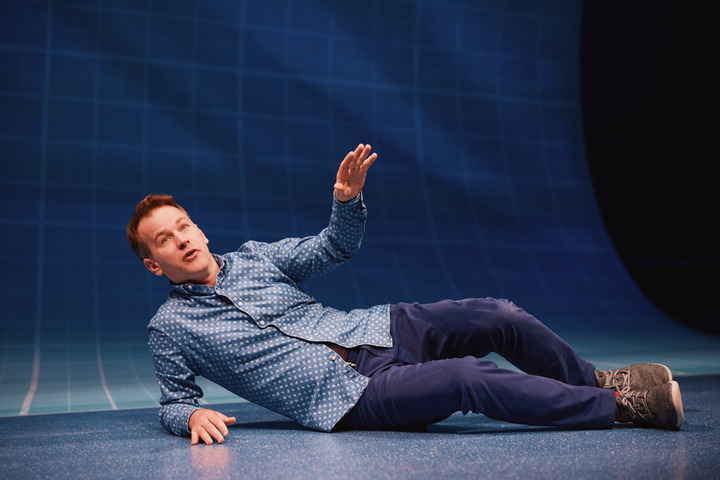 If it’s a treat to enjoy a Mike Birbiglia show on your TV screen, it’s heaven to see one in person.

Birbiglia’s last show, The New One (streaming on Netflix), leaned into life’s darker mysteries, but his new new one, The Old Man & The Pool, shows you the light. Now playing at Lincoln Center, the one-act show is optimistic without sacrificing edgy jokes and bright without shying away from Birbiglia’s deeper vulnerabilities.

Tonight, though, he’s not plunging the depths of a community pool but instead inhabiting much more familiar waters. The storyteller/actor/comedian references the Vivian Beaumont Theater a few times during his The Old Man & the Pool, a portrait as sweeping and intimate as the Hemingway one whose title Birbiglia apes. His occasional references to the Beaumont remind audiences of where they are, keeping Birbiglia in the present tense and fostering an immediate connection with those he feels fortunate to share an evening.

Of course, we’re the fortunate ones. Birbiglia explores familiar territory, putting self-lacerating humor to lucrative use while also finding pathos in the humor — or maybe it’s the other way around. Under Seth Barrish apt, light direction, it’s easy for Birbiglia to slide between the two tones. (And slide he literally does, riding the wave-like structure that is designer Beowulf Boritt’s set.)

The Old Man traces Birbiglia’s reflections on aging, family generations, and how we express love — all of which could seem trite. They never are: Birbiglia is an undeniably skilled orator with impeccable comedic timing and a pristine understanding of narrative structure. Jokes are introduced, rehashed, and sneak in once again to delightful and satisfying effect.

Such motifs do giv his jokes a circular quality and his show an accessible neatness. If you want to see a bold comedian test out riskier material and possibly fall on their face, there are dozens of joints in New York for such experimentation. The Old Man, however, offers a refined package wrapped in a bow — and with the holidays coming, isn’t that a lovely enough gift to receive?

The Old Man and the Sea
Lincoln Center, Vivian Beaumont Theater
Playing now through January 15
Tickets and more at lct.org 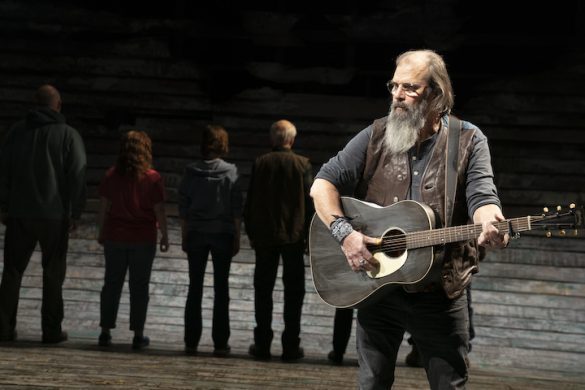 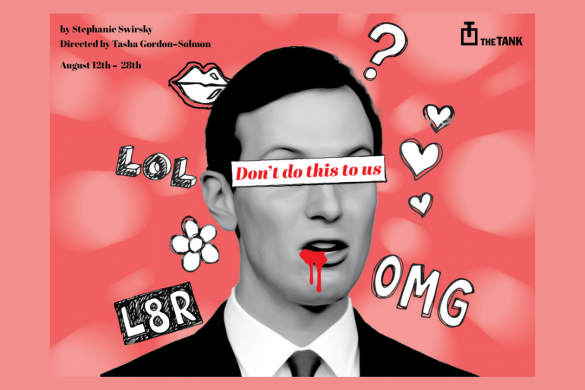