Top Posts
‘Company’ to Hit the Road on North American...
Meet the Full Cast of ‘Shucked,’ Coming to...
Full Cast for ‘Parade’ Announced
Stephen McKinley Henderson Gives the Performance of His...
The McKittrick Hotel Announces the Return of ‘The...
Broadway Stars Honored with Academy Award Nominations
Taylor Trensch, Danny Wolohan, and More Join the...
A Gay Road Trip Comes to The Brick...
Maude Apatow of ‘Euphoria’ is the Next Audrey...
Tony Award Winners to Star in ‘Hercules’ at...
Home Reviews Review Roundup: ‘1776’ at A.R.T. in Boston, En-Route to Broadway
Reviews 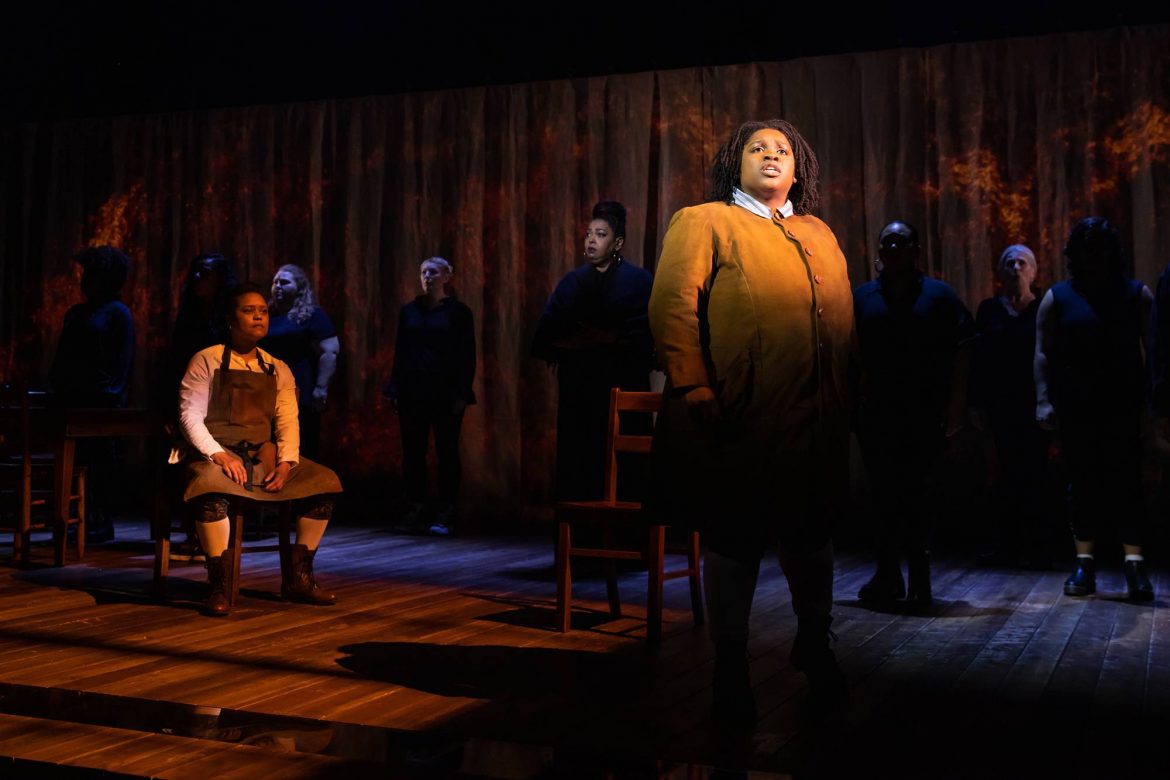 The hotly anticipated revival of 1776, with music and lyrics by Sherman Edwards and a book by Peter Stone, opened this past weekend at American Repertory Theater (A.R.T.) in Cambridge. Jeffrey L. Page and Diane Paulus’ re-imagining of the 1969 musical, which follows the events leading up to the signing of our Declaration of Independence, casts all female, trans, and nonbinary performers as the Founding Fathers. What did the critics think of this radical new take on a well-known musical work?

In a mixed-to-positive for The Boston Globe, Don Aucoin praised the production’s timeliness, noting that, “With one of our two major political parties giving itself over, bit by ominous bit, to authoritarianism, and with the Supreme Court apparently poised to soon deliver a huge blow to women’s reproductive freedom…[1776 is] likely to resonate on Broadway and across the country as well.” However, Aucoin also noted that Page and Paulus could not overcome flaws in the original book, which he dubbed “mighty talky.”

Jed Gottlieb is more positive in The Boston Herald, raving a “smartly cast group of performers with acting chops, vocal might, charisma and chemistry,” and also praising the relevance of the production’s casting conceit: “Art, culture and democracy demand change.”

On the other hand, David Greenham at The Arts Fuse is far more uncertain about the revival. “Somewhere along the way the creative team… has lost sight of the story they’re supposed to be telling” Greenham writes. “The original Stone/Edwards material is far from perfect. But the narrative’s objectives were crystal clear. Page and Paulus are not sure how much spin they want to put on the material. Too critical for Broadway? Not critical enough? The result is that the musical’s elemental through line is lost.”