Top Posts
‘Company’ to Hit the Road on North American...
Meet the Full Cast of ‘Shucked,’ Coming to...
Full Cast for ‘Parade’ Announced
Stephen McKinley Henderson Gives the Performance of His...
The McKittrick Hotel Announces the Return of ‘The...
Broadway Stars Honored with Academy Award Nominations
Taylor Trensch, Danny Wolohan, and More Join the...
A Gay Road Trip Comes to The Brick...
Maude Apatow of ‘Euphoria’ is the Next Audrey...
Tony Award Winners to Star in ‘Hercules’ at...
Home Reviews Review: ‘Stranger Sings! The Parody Musical’ Is Still Seeking #JusticeForBarb
Reviews 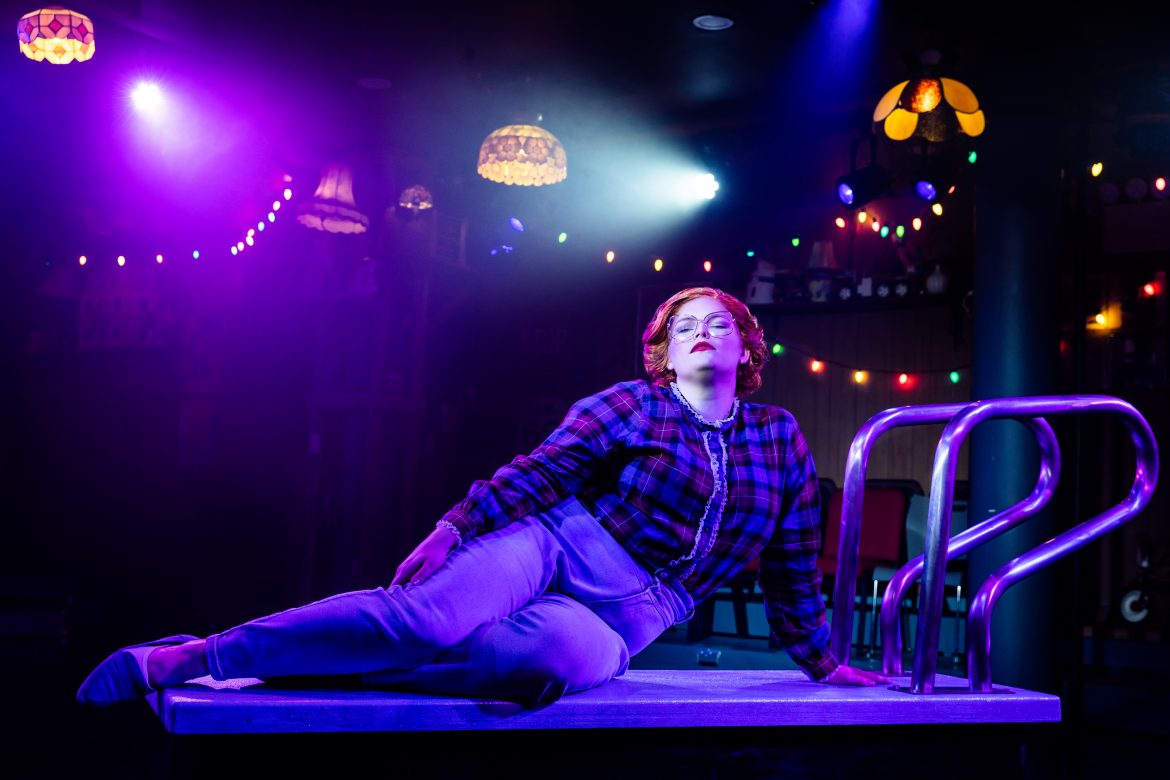 Do you guys remember Barb? Stranger Sings! The Parody Musical is really hoping that you do.

Returning off-Broadway at Playhouse 46 at St. Luke’s following a run in 2021, Stranger Sings hits all your standard parody musical beats. There’s silly wigs, over-the-too musical numbers, a frantic ensemble juggling multiple beloved characters, and only the loosest semblance of plot. It’s broad and silly, and often very fun. But something just feels off.

Two or three years ago, making Barb a central character and giving her this show’s epic 11 o’clock number would have seemed logical. But, the internet moves on. Not that folks aren’t still into Stranger Things – they sure are. But the Netflix hit’s just-aired fourth season gave audiences a fresh new array of obsessions: guitar shredding Eddie Munson, scary big-bad Vecna and, of course, Kate Bush. #JusticeForBarb feels a lifetime ago.

In fairness, writer, composer & lyricist Jonathan Hogue has tossed in a quick “Running Up That Hill” reference (short enough that no-one had to pay for rights), and a few other later season features get a quick look-in: Erica Sinclair stops by briefly, and Scoops Ahoy makes an appearance.

But mostly, this is strictly season one territory, which means gags leaning on plot points I barely recalled: Hopper’s tragic backstory, a fake Will Byers corpse, a science teacher who (apparently) used to feature in the kids’ adventures – and so on. 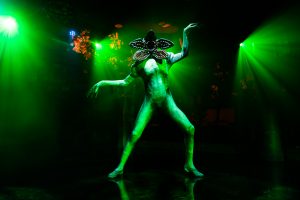 Maybe it’s unfair to rag on the show having been written several years ago. But it would help if Stranger Sings was more diverting purely as a musical. The songs are serviceably bouncy, but immediately forgettable. “Crazy,” a grating Joyce Byers solo, plays tiresomely on dated stereotypes about actress Winona Rider. Nick Flatto’s direction is energetic and quick, but struggles in the Playhouse’s in-the-round setup – actors often seemed unsure of which way to face.

The bright spots: Garrett Poladian has a hysterical take on Papa, who is here a leaping, pirouetting drama queen; and in a stroke of genius, Will Byers is brought to life as a wide-eyed and pathetic looking puppet, a puppet which takes appropriately cruel abuse throughout the show.

But the action all circles back to Barb. She gets the big eleven o’clock number, delivered with appropriate verve by the talented SLee. It’s fine, but just kind of a shrug. I think we have, as a society, moved on, and we’re not dying to go back.