Top Posts
Stephen McKinley Henderson Gives the Performance of His...
The McKittrick Hotel Announces the Return of ‘The...
Broadway Stars Honored with Academy Award Nominations
Taylor Trensch, Danny Wolohan, and More Join the...
A Gay Road Trip Comes to The Brick...
Maude Apatow of ‘Euphoria’ is the Next Audrey...
Tony Award Winners to Star in ‘Hercules’ at...
‘New York, New York’ Finds its Two Leads
Full Casting Announced for Oscar Isaac-Led ‘The Sign...
Disco Pop Musical ‘Here Lives Love’ to Bow...
Home Beyond Broadway Review: ‘The House That Will Not Stand’
Beyond BroadwayReviews

(l to r) Harriett D. Foy, Lynda Gravátt and Michelle Wilson in ‘The House That Will Not Stand.’ (Photo: Joan Marcus)

Marcus Gardley’s ambitious, excellently performed, but ultimately disappointing 2015 play, The House That Will Not Stand, is inspired by Federico Garcia Lorca’s 1936 Spanish drama, The House of Bernarda Alba. Like the relationship between many of Shakespeare’s plays and their sources, it takes sufficient liberties to make it more a new play than an “adaptation.”

Gardley shifts the locale from a house in an ultraconservative Spanish, 20th-century town to a substantial Creole house in New Orleans in 1813. This expansive residence is beautifully rendered by Adam Rigg and expressively lit by Yi Zhao so that multiple locales can be imagined in minimalist fashion. Its white background serves well to show off Montana Levi Blanco’s well-crafted period costumes.

Instead of having four sisters, ages 20 to 39, being under the oppressive thumb of a matriarchal autocrat, Gardley gives us three teens: 19-year-old Agnés (Nedra McClyde), 18-year-old Maude Lynn (Juliana Canfield), and16-year-old Odette (Janice Abbott-Pratt). Each is a beauty with a different skin color, their relative hue (ranging from fair to tan to dark brown) being an important signifier in this heavily racialized society.

(l to r) Lynda Gravátt and Marie Thomas in ‘The House That Will Not Stand.”

Whereas Lorca’s Bernarda Alba insists her brood follow the family tradition of mourning for eight years, Gardley’s Beartricé Albans (Lynda Gravatt) commands that her daughters must not attend an imminent masked ball, where women of color are eligible to become a placée, the legally recognized mistress of a wealthy white man. Under laws that the play notes are about to be abrogated by the new American government, such men may also have a white wife.

The plaçage system defines Beartricé’s position and establishes the play’s basic plot line. This revolves around Beartricé’s preventing the girls from a fate like hers so they may be completely free.

Beartricé has been the legal mistress of two men. Most recently, she was the placée of the very wealthy but obnoxious Lazare Albans, a married man who has just died. His corpse, lying in state upstage, represents the only male we see. We hear lots, though, about Rámon le Pip (standing in for Lorca’s Pepe el Romano), the rich young man who serves as the object of desire for Agnés and Odette. (Maude Lynn has sublimated her sexual passions in devotion to Jesus.)

We get the answer later when Makeda puts her conjuring powers into practice with the aid of her allegedly mad sister, Marie Josephine (Michelle Wilson), who replaces Maria Josefa, Bernarda’s octogenarian mother in Lorca’s play. In a sequence of magic realism, Marie Josephine channels Lazare’s angry spirit, which is seeking to bring down the house, thereby revealing how he met his fate. Gardley has been called an heir to Lorca, Pirandello, and Williams; Lazare’s narrative suggests that Lillian Hellman belongs in the mix. (l to r) Nedra McClyde, Juliana Canfield and Joniece Abbot Pratt in ‘The House That Will Not Stand.’ (Photo: Joan Marcus)

The House That Will Not Stand is preoccupied with issues of freedom, whether from slavery, prohibitive laws and social customs, parental restrictions, sexual repression, romantic choice, marital oppression, enforced confinement, or religious piety. While it’s interesting to learn the historical foundations on which Gardley builds these themes, they come at the expense of Lorca’s tensely wound plot, and require too many distractions, with focus and tension fading amid various subplots.

Gardley’s language is highly flavored, sometimes almost self-consciously so, with heightened imagery. Everyone seems capable of fanciful similes, comical wisecracks, and epigrams, many lines sounding more like they come from early 21st-century mouths than early 19th-century ones. Makeda, for example, delivers this laugh-getter: “If she catches him, she’ll be madder than a three-legged dog trying to bury a turd.” There’s also frequent reference to a certain food whose sexual connotations are hard to swallow.

Foy’s Makeda is a potent presence, as is Thomas’s crafty La Veuve. Each of the Alban sisters comes off as a distinctly etched individual, but Makeda’s sister, the supposedly mad Marie Josephine, is problematic: stereotypically barefoot and shabbily dressed, with her hair in wild disarray, she still seems no less sane than anyone around her.

The House That Will Not Stand may have a strong foundation, but the playwriting termites threaten to make its title a reality.

The House That Will Not Stand
New York Theatre Workshop
79 East 4th St., NYC
Through August 19 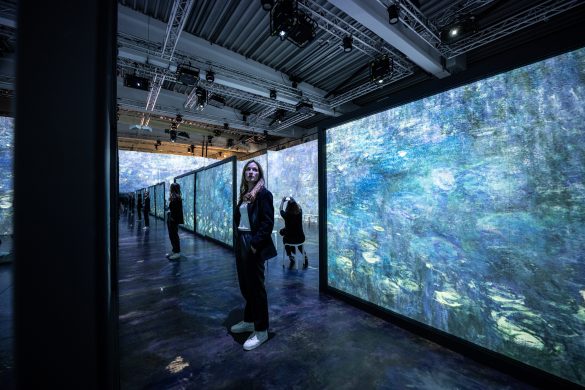 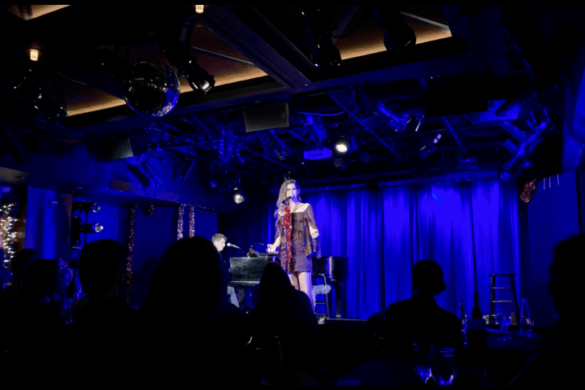