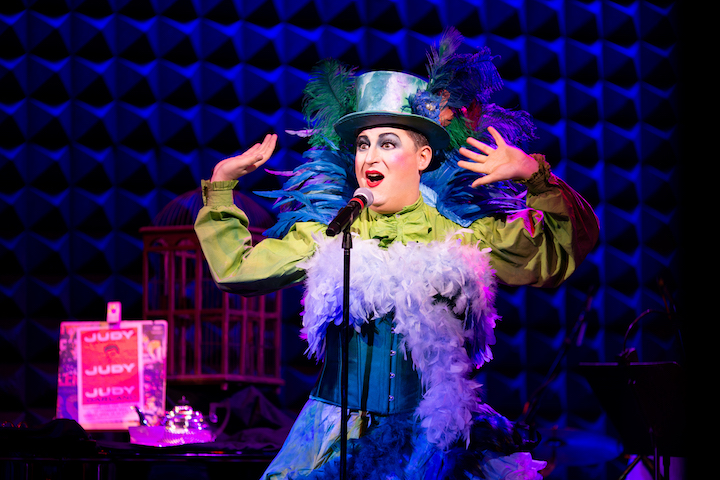 The Public Theater has always been known for fostering the next generation of theater talent and then producing their bold works on their stages — this is the home that originated Hamilton, Fun Home and A Chorus Line, after all. And each year, emerging talent gets a chance to shine at the Off-Broadway theatre’s Under the Radar Festival, a series of exciting new works to start off the new year.

Salty Brine is one innovative artist that’s made this season’s roster, presenting his new show Good News, or Harry the Dog. Salty’s approach is one of a kind as the performer takes existing albums from any genre, performs each track with a live band, and weaves stories around the songs so audiences understand the album in a fresh, queer context.

In this new show, hundreds of years in the future, the world is cola brown and the human race has been divided into two warring factions. Dystopian Romeo and Juliet becomes a haunting and hilarious mythology set to Modest Mouse’s soaring masterpiece Good News For People Who Love Bad News, next up from Salty’s Living Record Collection.

The Broadway Blog: For those perhaps not familiar with your work, how would you describe what you create and accomplish in your own words?

Salty Brine: I take whole, amazing albums from any genre and any era and perform them with a live band, weaving stories in and around the songs so that you hear the songs (and the album as a whole) in a brand new way. I pull stories from classic literature, opera, folk and fairy tales, all sorts of places. And also, often, from my own life in a memoir style. The series is called The Living Record Collection because it’s our most beloved albums come to life right before your very eyes. There are currently 20 albums in the collection. And growing! Each show is wildly different in form and content. You never know what to expect.

How is your next show, Good News, or Harry the Dog continuing your artistic model?

This one is very special. It is loosely based on Romeo and Juliet. And you’ll recognize elements of that classic play. But, largely, you’ll be hearing a story I’ve written myself — a total fiction set hundreds of years in the future about two waring communities and two humans who are trying to be in love despite their deep ideological differences. True to Living Record Collection form, there will be surprises around every corner. All set to the music of Modest Mouse, which is, at times, gorgeous and floating and joyful and, at times, dark and dangerous. I truly can’t wait.

You’re in Under the Radar! What are you most excited about for this show?

Yes! Under the Radar! I’m really excited to share this show with the festival crowd. I’m hoping it will entice new folks to come check out what we do. And we get five performances on the Joe’s Pub stage! Which is like a year-long run in cabaret terms. I’m gonna be dining out on the stage time like the true scenery-chewing monster that I am. Get ready. 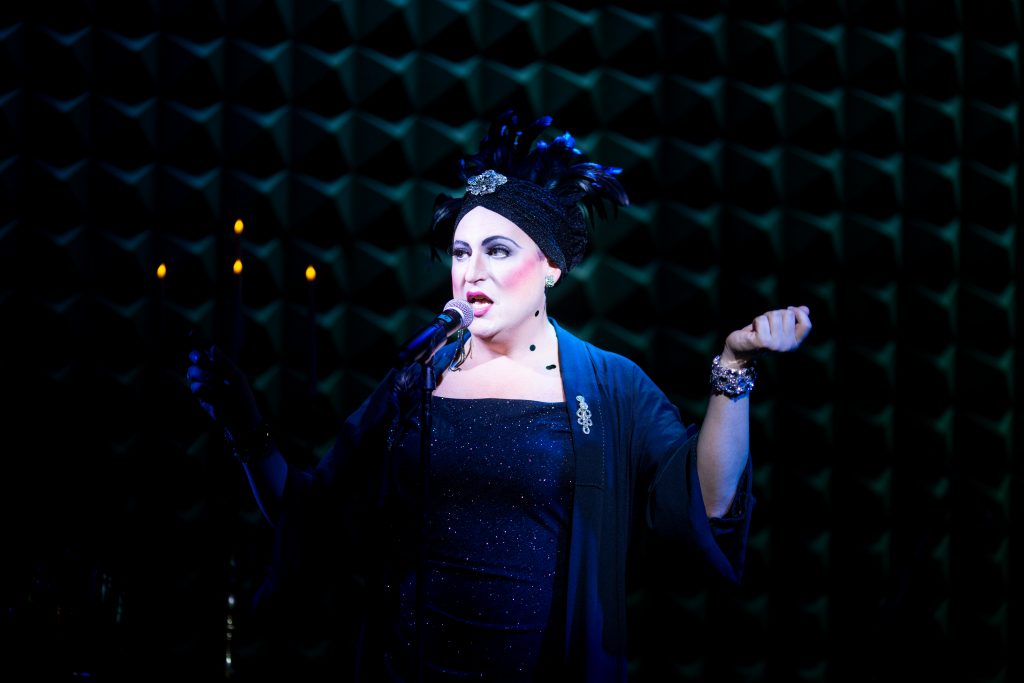 Why Modest Mouse for this show?

I’ve been in love with this Modest Mouse album, Good News for People Who Love Bad News, for years. The things I’m hunting for in an album are 1) that you want to put it on and listen to it straight through without skipping any songs. This album has that big-time and 2) that the musical styles are diverse and unexpected, which helps keep a show moving from a theatrical/storytelling standpoint. And this album has that spades. It’s wild! It has inspired a very thrilling show that I am immensely proud of. Also, the title feels appropriate for the moment, right? Oh, man. It’s funny and also… not so funny. That complicated emotion is what we’re looking at.

Are there any dream albums you are hoping to use for future shows?

Always! Too many to name ‘em all. I have a huge list and it’s just a matter of finding the right stories to accompany. But I’ll give you a few that have been circling my brain recently. David Bowie’s Hunky Dory. Tori Amos’ Little Earthquakes. Sade’s Diamond Life. The Decemberists’ Picaresque. Honestly, the list goes on and on and I never know what will be next. It always surprises me when an album and an idea click together.

The thing I hear most often from audience members from my shows is, “I don’t know how to explain to people what you do. I just say you have to come and see for yourself!” That’s the loveliest sentiment to me. And so essential to a night of Theater (capital T!). We make wild nights of music and story, and you just have to be in the room to know. So if you’re reading this piece by the lovely folks at The Broadway Blog, I hope you’ll come and hang out with us!