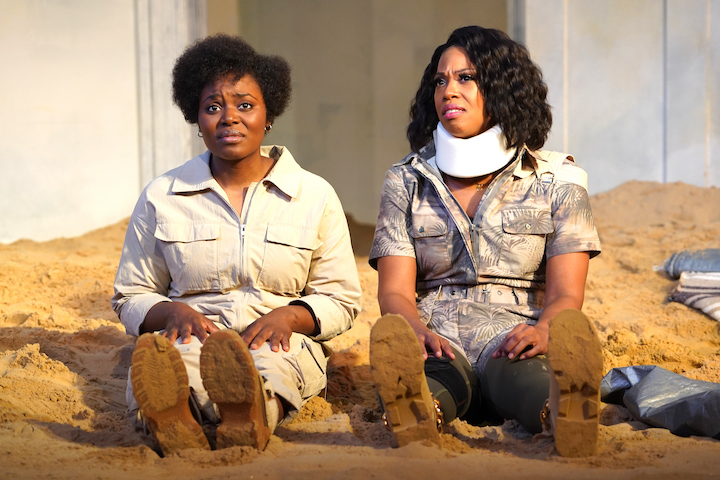 If a dystopian play with hints of magical realism is on your must-see list this winter, it’s your last chance to catch Sandblasted at The Vineyard Theatre and co-produced with WP Theater.

Written by Charly Evon Simpson and directed by Summer L. Williams, the bleak, humorous and occasionally confounding play hits notes both humorous and grave as Angela (Brittany Bellizeare) and Odessa (Marinda Anderson) follow wellness guru Adah (Rolanda Watts) through the sand in search of a remedy to their detaching body parts.

Presented as a series of short scenes in the “now,” “after” and “future,” Simpson’s play breathes toxic air, effectively reflecting the frustration, suppression and empowerment of Black women through a hazy lens, brought to life by scenic designer Matt Saunders’ sandpit with hidden treasures and lighting designer Stacey Derosier’s shape-shifting hues. 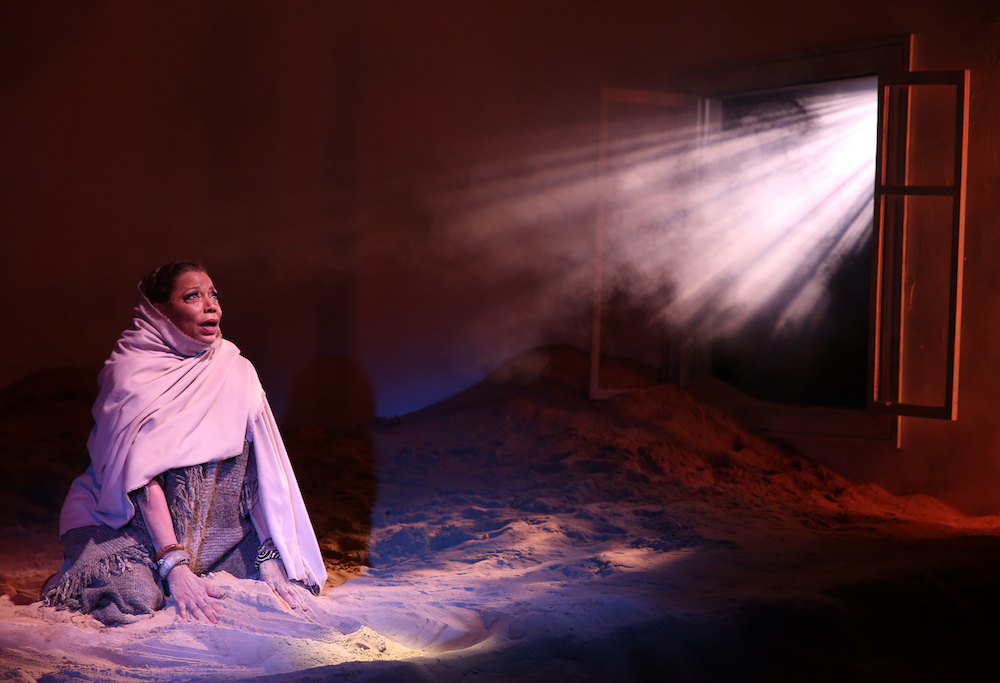 Sandblasted struggles in its slapstick simplicity and go-for-the-laugh banter as Bellizeare and Anderson lose the subtly of Simpson’s words, but it’s worth a trip downtown for Watts’ magnetic performance and mid-play monologue, which so acutely describes a lifetime of fighting to be seen:

Sandblasted may leave you scratching your head as the evening full of ideas drifts like the cumulus clouds that adorn the set. Stick it out. Simpson is the recipient of the Paula Vogel Playwright Award. “Can we get excited by the fact that it will take us time to process a new voice?” Vogel previously told The Broadway Blog. “That it will take us days, months, years to travel in our minds to process what we saw on a single evening at the theater? That’s what I’m talking about when I say a play is ambitious.”

Sandblasted is such a play.