Top Posts
‘Company’ to Hit the Road on North American...
Meet the Full Cast of ‘Shucked,’ Coming to...
Full Cast for ‘Parade’ Announced
Stephen McKinley Henderson Gives the Performance of His...
The McKittrick Hotel Announces the Return of ‘The...
Broadway Stars Honored with Academy Award Nominations
Taylor Trensch, Danny Wolohan, and More Join the...
A Gay Road Trip Comes to The Brick...
Maude Apatow of ‘Euphoria’ is the Next Audrey...
Tony Award Winners to Star in ‘Hercules’ at...
Home Beyond Broadway Rudetsky Trades Chatterbox for Chatter Barn with Town Hall Series
Beyond BroadwayReviews 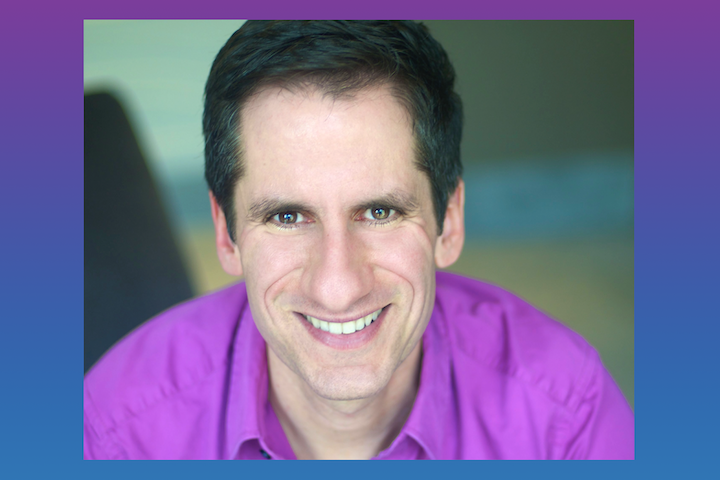 If you live in New York City long enough, you’ll find that sooner or later, you’ll end up using the imperfect tense a lot. My grandparents used to pay a nickel to get onto the subway. My father used to watch the Dodgers play at Ebbets Field. For me, I used to see Seth Rudetsky interview Broadway stars at Don’t Tell Mama every Thursday at 6 p.m.

Dubbed Seth’s Broadway Chatterbox, the weekly event was an underground must for showbiz superfans. And no fan in the house was bigger than Rudetsky himself. For roughly 15 years in that dusty backroom, Rudetsky invited Broadway A-listers and up-and-comers alike to sing, dish, and open up about themselves in an intimate setting where he gushed, they blushed, and the audience walked away with terrific insider anecdotes — all for a $10 donation that went to Broadway Cares/Equity Fights AIDS. It was there that the rapid-talking radio host honed his unique interviewing skills and developed his act.

As the French say “plus ça change, plus c’est la même chose” (the more things change, the more they stay the same). And while Rudetsky’s weekly residency at Mama’s is a thing of the past, local New Yorkers do have the opportunity to see him declare things “Amahzing,” shout “Brava!” and gleefully proclaim “Still got it!” — only in a different setting and for considerably more than $10.

On Monday night, fans of Rudetsky braved the first winter storm of the season to crowd The Town Hall to see the Sirius XM host play diva docent with guests Jessie Mueller (Beautiful, Waitress) and Megan Hilty (Smash, 9 to 5). For two hours, the pair of Broadway powerhouses (who recently appeared together on the small screen in the Lifetime movie Patsy & Loretta), duetted, dished, and opened up about everything from big breaks to heartaches.

As with most of Rudetsky evenings, there were plenty of surprises. Hilty, best known for the brassy belt that made her a scene-stealing standout in NBC’s short-lived Smash, opened up about being initially trained for years as a classical soprano – which prompted Mr. Rudetsky to dash to the piano to coax the star into an impromptu rendition of art song standard “Caro Mio Ben.” This segued into a flawless “I Could Have Danced All Night” ending with an effortless high C. Ms. Mueller’s tag-teamed portion of the evening featured a terrific big break anecdote about the audition that landed her breakout role in the Broadway revival of On a Clear Day You Can See Forever (co-starring Harry Connick, Jr.). Her anecdote about pulling a “don’t speak” shush on Connick to prevent the Grammy-winner from derailing a 20-piece orchestra remains one of the evening’s many highlights.

Typical of anything involving Rudetsky, by the end of the two-hour evening, the stage was knee-deep in name dropping. One unannounced name did, however, make it to the stage in the flesh — composer Mark Shaiman. Taking over piano duties from Rudetsky, the award-winning composer/lyricist (Hairspray, Charlie and the Chocolate Factory) accompanied Mueller and Hilty in his duet “Let Me Be Your Star” from Bombshell, the musical-within-a-tv show from Smash.

Here is Jessie Mueller and Megan Hilty singing “Let me be your Star” at our Monday night concert. Accompanied by Marc Shaiman himself!

While the pair belted, Rudetsky quickly grabbed his iPhone and videoed the impromptu performance, during which, the ear-to-ear smile on this face summed up the evening. The $10 weekly show may be a thing of the past. He may have traded the “Chatterbox” at Don’t Tell Mama for the “Chatterbarn” at the 1,400-seat Town Hall. But his unbridled love of his guests’ talent and infectious enthusiasm for all things musical theater remains. 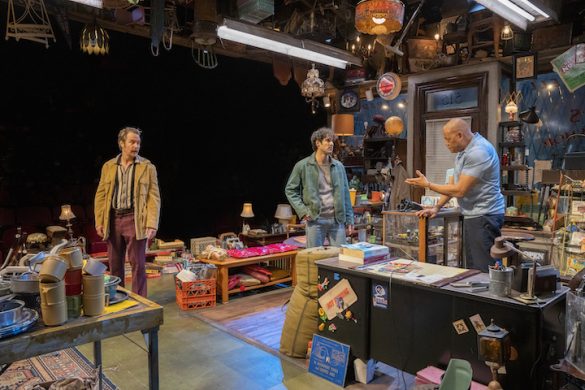