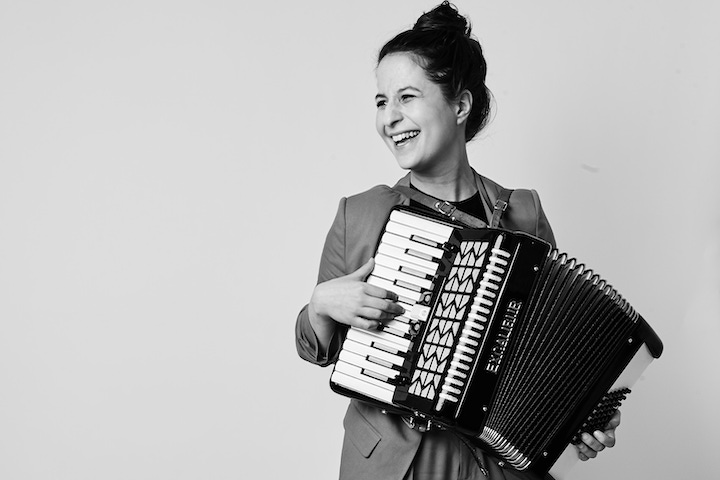 It would take more than a pandemic to squash Shaina Taub’s spirits. Yes, it’s been an immensely difficult year, but transforming the oddities, pain and strife of a lived experience is nothing new to Taub, a kaleidoscopic musician and Fred Ebb Award winner known for her musical adaptations of Shakespeare’s Twelfth Night and As You Like It at the Public’s Delacorte Theater in Central Park.

Taub has remained not only busy throughout the pandemic  (she is co-writing the score for the much-anticipated musical adaptation of The Devil Wears Prada alongside Sir Elton John) but also hopeful. That promise for a better tomorrow is imbued in her upcoming “Uncharted” concert where she’ll debut new music, songs she wrote to comfort herself, and our fragile world during this time.

On May 20, Taub will premiere “Songs of the Great Hill,” a fully-produced, streaming concert created during quarantine alongside her friends and bandmates Mike Brun (bass/guitar), Hiroyuki Matsuura (drums), David Farrell Melton (keyboards/organ), and Kuhoo Verma and Sylver Wallace (backing vocals).

The title of the concert, streaming for free on Joe’s Pub Live, takes its name from the Great Hill in Central Park, where Taub would take daily walks to check in with herself and reflect on this historic moment. The meaning of the Great Hill, like many lyrics in Taub’s writing, is a bit of a wink. Here, the Emmy nominee discusses how, through her work during a time of isolation, she “just wanted to see what came out: all the messy grief, uncertainty, hard-won joy, some stories I’ve been meaning to tell for years, others that appeared completely by surprise.”

The Broadway Blog: Hi there, Shaina! So excited to be an audience member again and “see” you soon at Uncharted. I love the double meaning of the Great Hill: both the geographic feature in Central Park and the metaphorical hill we’ve been ascending for quite some time now. What did those daily walks teach you, or how have they inspired this new music? 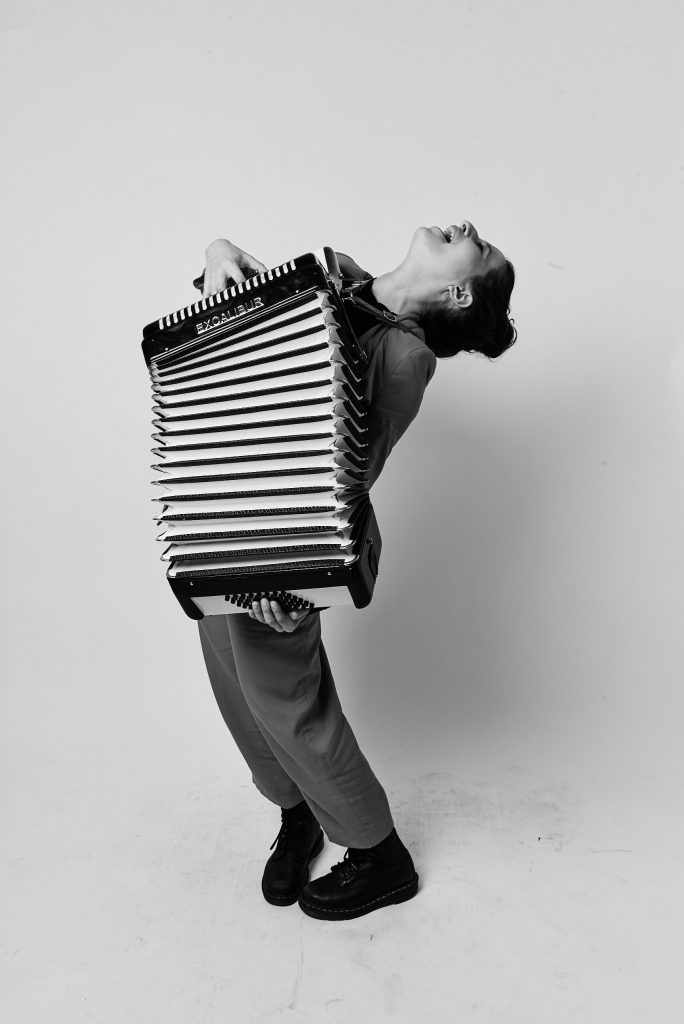 Shaina Taub: I’m a goal-oriented person, I love plans and deadlines and schedules. Of course, all those things evaporated last year, so my daily walk became one of the only plans I could hold on to, and so I held on tight. Like so many of us, I was feeling a combination of fear, anxiety, and sadness a lot of the time, and so I found myself starting to write the things I desperately needed to hear, songs sung by a narrator who was offering hope and reassurance that things will be okay again somehow, that we will sing again.

Given the pandemic, what have been some particular challenges of meeting and/or collaborating with your fellow bandmates?

I’m not very tech or recording savvy; I’m an analog person and love meeting up to rehearse live. Obviously, that hasn’t been possible for the last year and change, so this was the longest time I’ve gone without collaborating with my band, which was really sad and hard, after over a decade of playing together regularly. This show is our first coming back together and it feels great.

As fans, we’re all so thrilled that you’ve been safe and well enough during this time to create new music. I’m sure it’s hard to pick favorites, but are there any specific songs you are excited to debut? Can you tell us anything about the style or flavor of the music and how it echoes or deviates from your previous works? 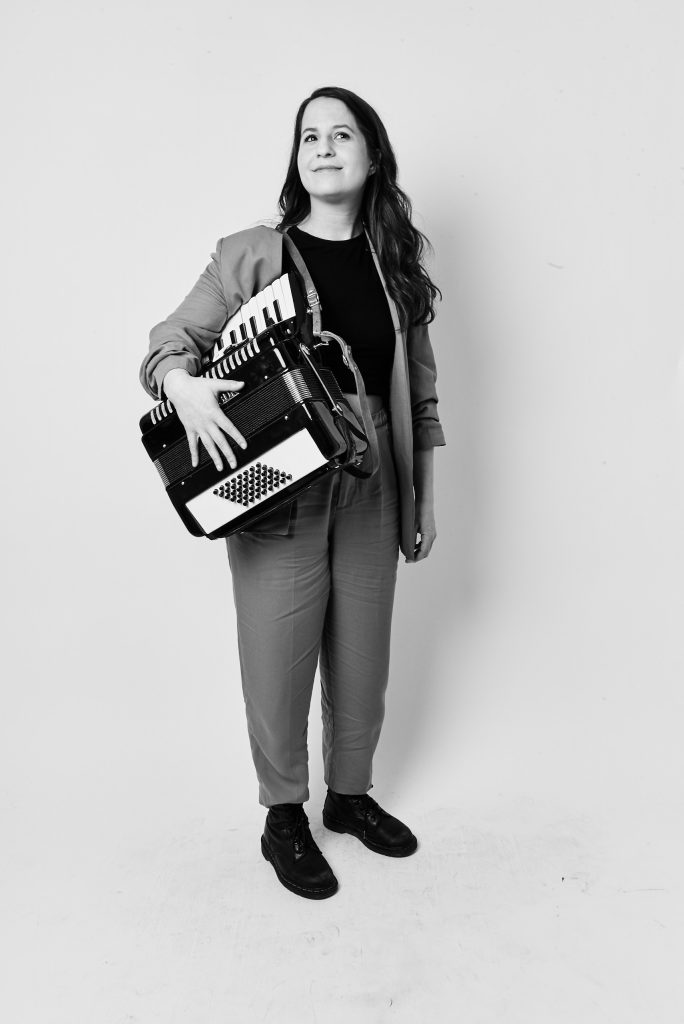 The reason I write songs is to connect with other people in the hopes I create something that is healing or uplifting or resonant for someone else. That exchange is what gives it meaning for me, so these songs don’t feel like they exist until I get to share them in a concert — like if you write a song alone in a room and no one hears it, does it even exist?

I’m truly excited to share them all, especially one called “The Last Song on Earth,” my take on what a group of musicians would sing as the world burns down. I’m hoping the song’s dark humor about a dystopian but all too imaginable future will remind us that there’s still time to change course on climate change before things get that bad, but only if we act now. I think this new batch of songs both echoes and deviates from my previous work — there are definitely some big, rousing anthems, a political bent, some comedy — all of which I always love to do, but also I think many of these songs are more intimate and vulnerable than I’ve ever written before.

I wrote the music and lyrics simultaneously for a handful of them, a process that I haven’t done since my earliest days of songwriting a decade ago. I think that approach instinctually brought some emotion out of me that I might’ve had the better judgment to hide if I were writing just the lyrics first, as I do much more often. So I also have some songs I’m almost scared to share, but I think it’s a productive kind of fear.

You’re also working on The Devil Wears Prada musical! We just chatted with Beth Leavel and are so excited about the production. What’s it been like, and how groovy is Sir Elton John?

I love working on Devil Wears Prada so much and am having a blast with this creative team. We’re working hard to make the story relevant and powerful for our times. From day one, Elton welcomed me into our collaboration with such supportive kindness and trust. The pure joy he has for writing songs and embracing new projects, even after all these years, is contagious. I seriously can’t wait to finally share our songs with the world, hopefully soon.

On a personal note, what does it mean to return to performing in this way? Anything else you’d like to add?

Returning to performing means a return to myself — I honestly haven’t felt like myself in over a year without it. I’m also reminding myself to prioritize joy in my performing. I think I’ve paid lip service to the idea of joy in the past, but I’m trying to actually make enjoying the show my number one goal this time, to let my love of the art itself lead the way and hopefully bring joy to those listening in the process.