Top Posts
‘Company’ to Hit the Road on North American...
Meet the Full Cast of ‘Shucked,’ Coming to...
Full Cast for ‘Parade’ Announced
Stephen McKinley Henderson Gives the Performance of His...
The McKittrick Hotel Announces the Return of ‘The...
Broadway Stars Honored with Academy Award Nominations
Taylor Trensch, Danny Wolohan, and More Join the...
A Gay Road Trip Comes to The Brick...
Maude Apatow of ‘Euphoria’ is the Next Audrey...
Tony Award Winners to Star in ‘Hercules’ at...
Home Buzz “She Used to Be Mine” and Mine and Mine: ‘Waitress’ Sing-Off!
Buzz 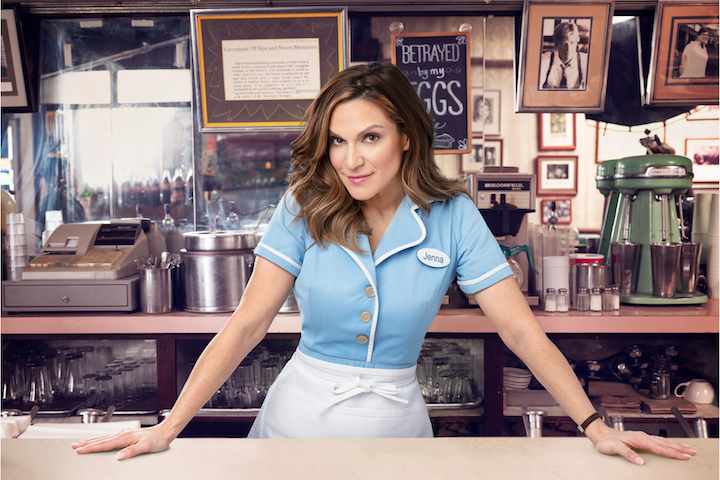 The hit Broadway musical Waitress will conclude its run on January 5, 2020, after more than 1,500 performances. During that time, there have been many actresses who stepped into Jessie Mueller’s shoes for the lead role of Jenna, not to mention a few YouTube sensations offering their own spin on Sarah Bareilles’s big ballad (as well as the singer-songwriter herself).

You have a few months left to catch the Tony-nominated musical. In the meantime, we dove deep into the pie to taste some of our favorite renditions of the song. Have a watch!

This performance from the Tony Awards features Bareilles at the piano, then fades to Mueller belting out the song in the context of the show.

This music video was released prior to the Broadway opening and features Sara Bareilles. It’s been viewed nearly 22 million times!

Twelve-year-old Luke Islam sang the song on America’s Got Talent and even won over Simon Cowell!

MCC Theater’s annual gala MisCast is one of the most anticipated theatrical events of the year. In 2018, Jeremy Jordan took on the song and the crowd went wild.