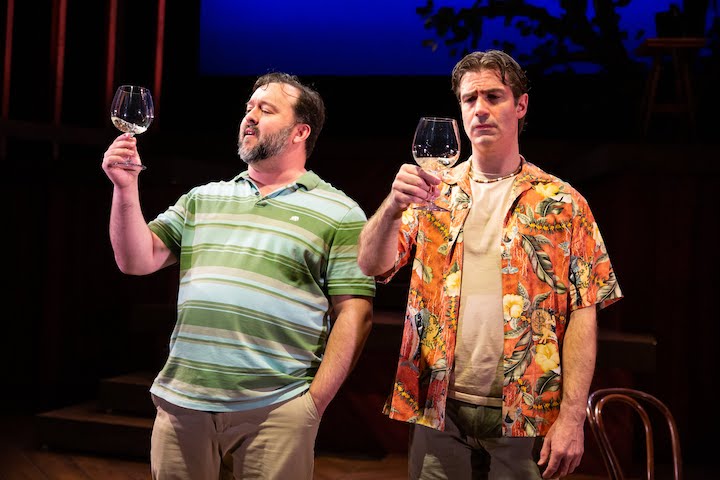 The highlight of Sideways: The Experience is Mary Giuliani — and she’s not even in the show. The bestselling author of Tiny Hot Dogs: A Memoir in Small Bites and founder of her own catering company is the real reason why people will leave the Theater at St. Clements with a wide grin on their faces. The generous pours from Wine Access don’t hurt either.

Sideways: The Experience is an immersive theatrical experience that begins (if you opt for VIP tickets at $175/per person)) with a fully-catered onstage soirée. Artisanal cheeses, cured meats, dried fruit, nuts, and an assortment of crostini and crackers welcome the audience on a large communal table center stage.  On either side, two bars (simple stage design by David L. Arsenault) give thirsty theatergoers a selection of white, red, or rose — all chosen to pair with some of the finest hors d ‘oeuvres New Yorkers are likely to taste.

Culinary highlights include squid ink pasta donuts with rock shrimp and pancetta (pairs with sauvignon blanc), vegetable pot pies with rosemary aioli (pairs with chardonnay), and a pepper-crusted filet of beef on a potato pancake with spinach and truffle aioli, a delightful complement to the merlot.

Giuliani’s friendly and efficient staff keeps the food and wine coming over an hour. Audiences are then encouraged to take their seats for an overly long night of theater.

If the title sounds familiar, it is. Rex Pickett’s popular 2004 novel was turned into a celebrated film later that same year. It won an Academy Award for Best Adapted Screenplay (by Jim Taylor and Payne). Why Pickett decided it would be a good fit for the stage remains a mystery, but one thing is clear: he’s found a way to monetize oenophiles beyond the bottle. Since the novel and the movie, Pickett has written two sequels (Vertical and Sideways 3 Chile) and has struck a deal to turn the story into a potentially Broadway-bound musical. 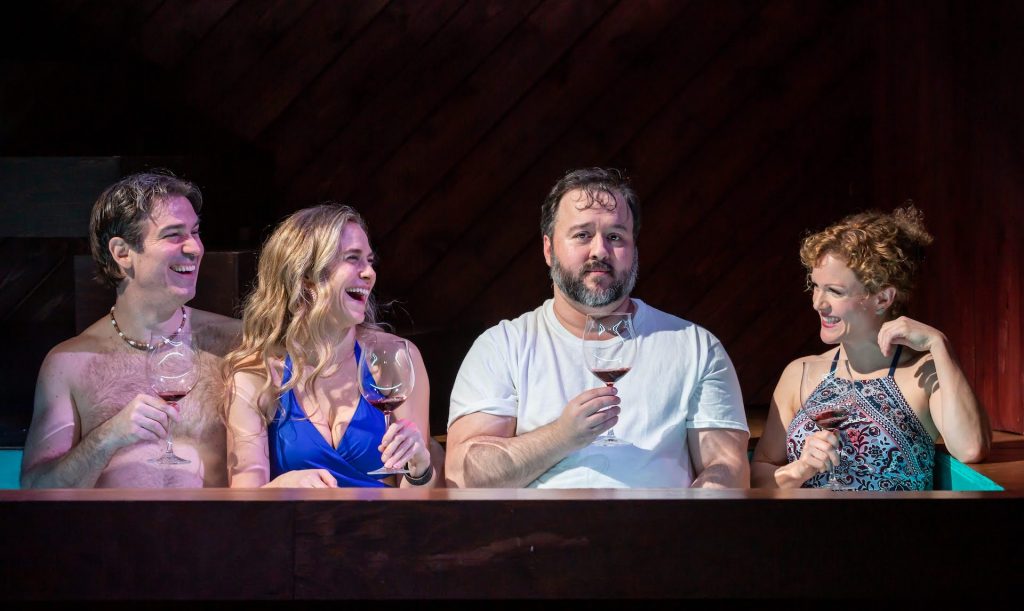 Miles (Brian Ray Norris) is a struggling writer with a yen for wine and a flame that continues to burn for his ex-wife Victoria (Jenny Latimer). His best friend Jack (Gil Brady) is about to get married, but not before the two embark on a trip to California’s Santa Ynez Valley for one last hurrah. Along the way, Miles falls for Maya (Kimberly Doreen Burns), and Jack charms his way into Terra’s (Jenny Strassburg) bedroom without revealing that he’s about to get married.

What made Sideways such a terrific film was the poetically beautiful screenplay and gorgeous shots of vineyard cinematography. It was easy to fall under its intoxicating spell.

Onstage, the story and strong writing remain, but it sorely lacks in seduction. Director Dan Wackerman has assembled a great cast that is doing the best it can with the material but to use wine references, it lacks shape and body. Were Sideways streamlined to 90 minutes, it might fare better. But plying the audience with copious amounts of wine and then asking them to sit in a dark theatre for two and a half hours to follow Miles and Jack’s escapades is a magnum of a request.

That vegetable pot pie, however, will linger forever in my mind.

Sideways: The Experience
Theatre at St. Clements
423 West 46th Street, NYC
Through May 24 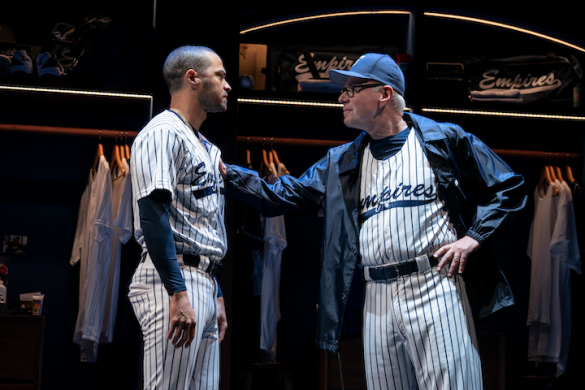