Top Posts
Keala Settle Heads to West End to Join...
‘The Kite Runner’ Heads to Broadway for Limited...
First Look at Audible’s ‘Long Day’s Journey Into...
Robert Cuccioli Stars in ‘A Touch of the...
Tim Rice Teases that ‘Chess’ May Come to...
‘Girl From the North Country’ Announces Closing, Sort...
NYC Broadway Week 2-For-1 Tickets Now on Sale
Brittney Johnson Will Be First Black Glinda in...
Broadway-Bound ‘Paradise Square’ Delays Opening Due to COVID-19
James Monroe Iglehart Joins Cast of Broadway’s ‘Chicago’
Home Beyond Broadway God, We Hope They Get This Job: Signature’s ‘A Chorus Line’
Beyond BroadwayReviews 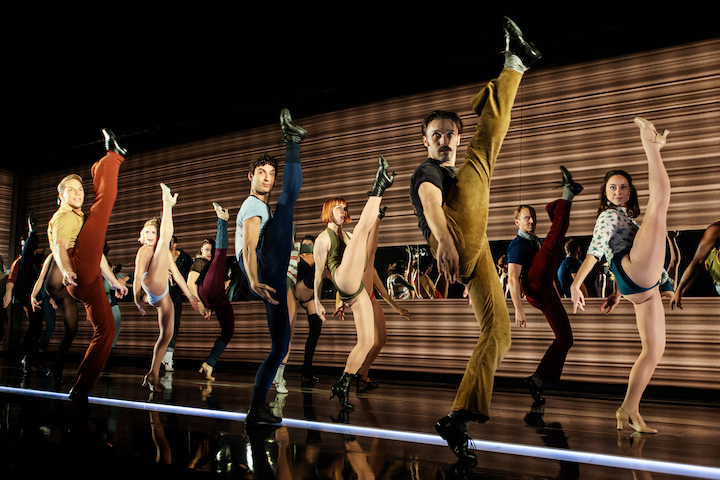 A Chorus Line, when it opened on Broadway in July 1975, catapulted the ensemble of Broadway dancers into the spotlight. Now receiving a respectable revival by Arlington’s Signature Theatre, the musical maintains its staying power in an intimate production that unpacks the emotional lives of 17 dancers and a director-choreographer determined to see beyond their headshots.

The show’s original director Michael Bennett gathered dancers in January 1974 to share their stories, which ultimately became the framework for the musical. Marvin Hamlisch’s music and Edward Kleban’s lyrics imbued the piece with a distinct, catchy timestamp. Still, it was Bennett’s choreography (in collaboration with Bob Avian) — at times precise and at others purposefully loose— that hooked theatergoers for 6,137 performances. 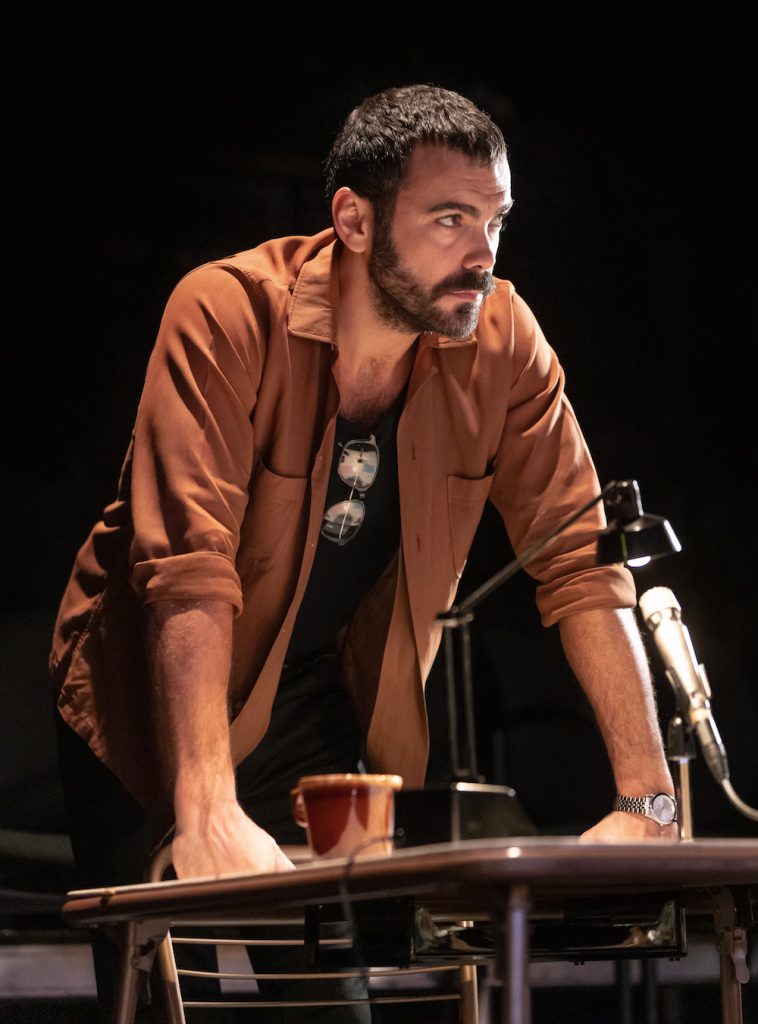 Some in anticipation of this production might have thought that Signature went out on a limb, hiring Denis Jones (Tootsie, Holiday Inn, Honeymoon in Vegas) to put a fresh stamp on the original choreography. The Bennet Estate (the director died in 1987) granted Canada’s Stratford Festival permission to do the same in 2016, in part, to accommodate the venue’s thrust stage. Here, Signature’s flexible space has been configured into a traditional proscenium with one terrific addition. Director-choreographer Zach (a hard-assed and mesmerizing Matthew Risch) spends much of the production at a rehearsal table in the middle of the audience. No longer relinquished to an offstage mic, audiences now have greater access inside the character’s creative process as he pushes the dancers to let down their guard.

Jones draws inspiration from the original for the majority of the production, so don’t expect a complete reimaging such as Ivo Van Hove’s forthcoming West Side Story featuring new choreography by Anne Teresa De Keersmaeker. Fear not: there’s still a kick line in the show’s finale. “Hello Twelve, Hello Thirteen, Hello Love,” which engages the entire company in a multi-layered exploration of teen angst, more deeply references pop culture dances that would have influenced the generation, such as the Pony (made popular by Chubby Checker’s 1961 release “Pony Time”) and the Frug. 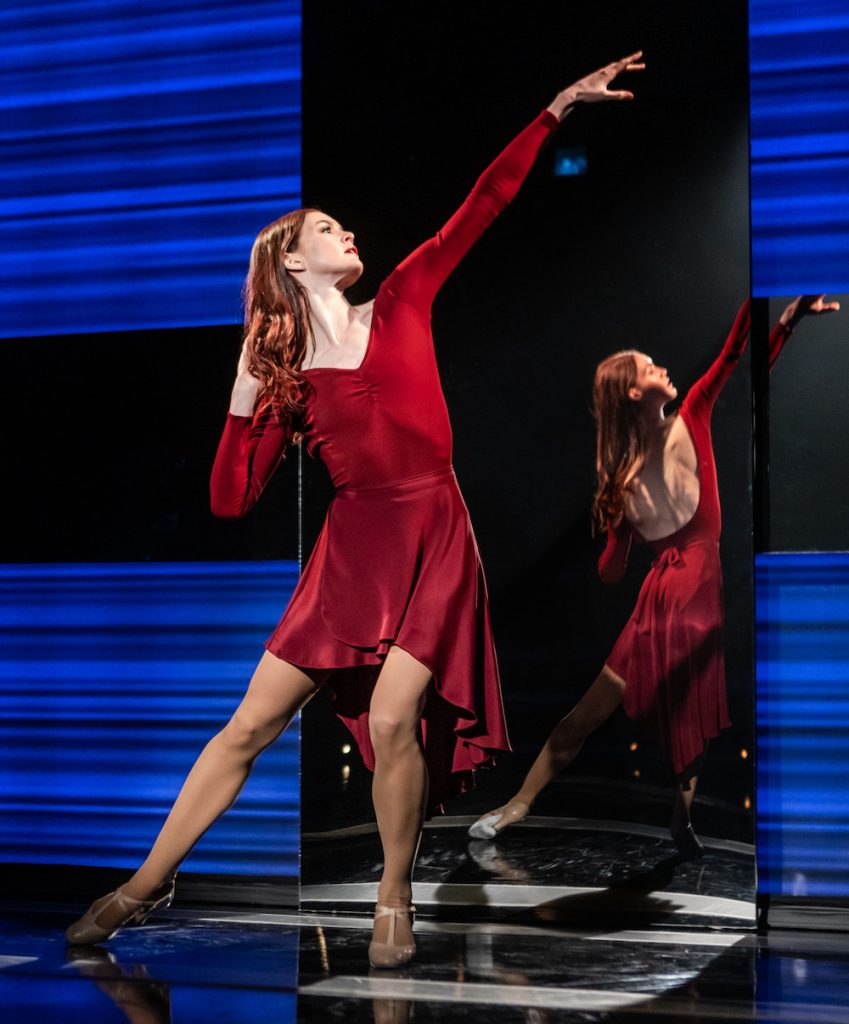 A Chorus Line’s purest dance expression, though, comes midway when Zach questions why his former girlfriend Cassie (Emily Tyra) has shown up for a chorus audition. She responds primarily through movement in “The Music and the Mirror,” a tour de force dance solo that helped the role’s originator Donna McKechnie win a Tony Award. Tyra’s technically proficient performance lacks the unhinged quality that delineates A Chorus Line’s dance in the context of the character’s audition and dance as unbridled expression.

A Chorus Line offers a moment in the spotlight for each of its characters, and it’s here that director Matthew Gardiner colors the production with nuance and heart. Standouts (of many) include the hard-edged Sheila, played with compelling vulnerability by Maria Rizzo; and Paul, a shy dancer who eventually reveals details from his past in an intimate monologue. 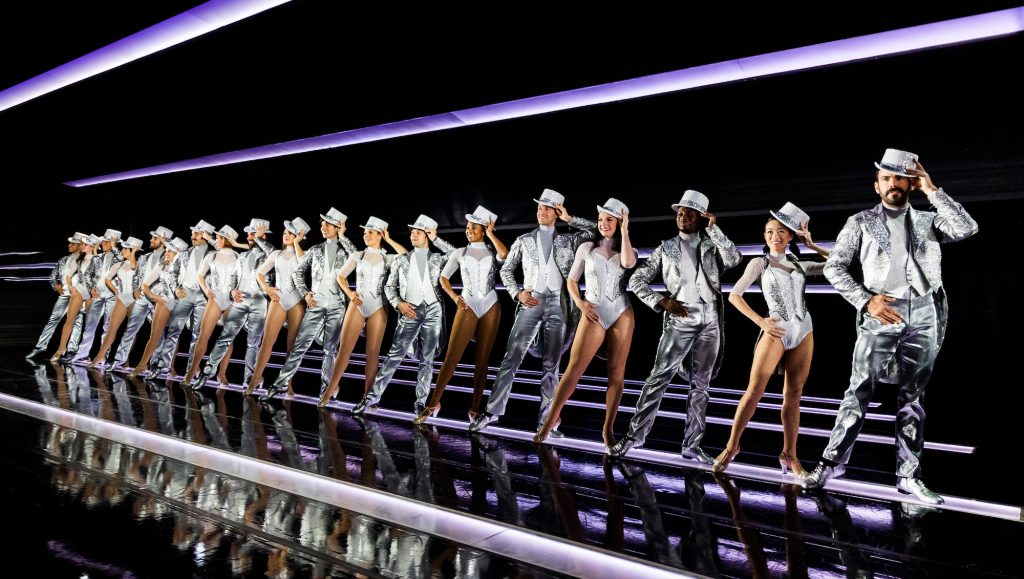 The show’s anthem, “What I Did For Love,” still rings true, and over the years has been recorded by a range of stars from Aretha Franklin to Josh Groban. After one of the dancers is injured and rushed to the hospital, Zach questions them about life after dance. Teach. Get married. Get fat. “The gift was ours to borrow,” sings Diana (Samantha Marisol Gershman) — admitting the realization that a dancer is, indeed, on borrowed time.

A Chorus Line, though peppered with nostalgia, offers a timeless snapshot of life in the theater. Signature’s production zooms in on its intimacy, reminding us that a dancer’s life extends beyond the proscenium.