Top Posts
‘Company’ to Hit the Road on North American...
Meet the Full Cast of ‘Shucked,’ Coming to...
Full Cast for ‘Parade’ Announced
Stephen McKinley Henderson Gives the Performance of His...
The McKittrick Hotel Announces the Return of ‘The...
Broadway Stars Honored with Academy Award Nominations
Taylor Trensch, Danny Wolohan, and More Join the...
A Gay Road Trip Comes to The Brick...
Maude Apatow of ‘Euphoria’ is the Next Audrey...
Tony Award Winners to Star in ‘Hercules’ at...
Home Beyond Broadway Signature Theatre Postpones New Annie Baker Play But Other Off-Broadway Shows Continue
Beyond Broadway 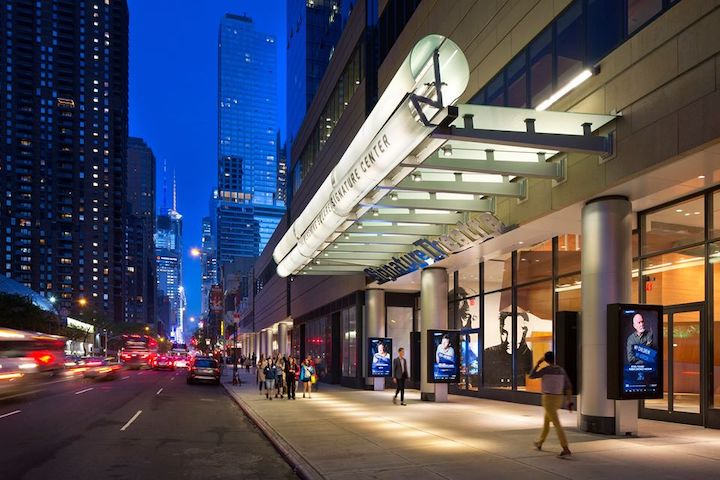 We’re not out of the woods yet: leading Off-Broadway theater Signature Theatre has postponed one of its most highly anticipated works, a new play by Pulitzer Prize winner Annie Baker. The play, charmingly titled Infinite Life, was set to run October 5 through November 7, but fears of the coronavirus and spreading Delta variant prompted the theater to reconsider this run.

The show’s webpage announced last week that “due to ongoing health and safety concerns, we and Annie Baker have made the difficult decision to postpone the upcoming production of Infinite Life. We and Annie agree that this is the best choice for this show at this time.”

The message continued, reading “We will continue, in discussion with artists, to evaluate on a case-by-case basis how to proceed with other programming planned for this season. At this time our plans are still to move forward with the remainder of the season as planned.”

Annie Baker has had a number of Off-Broadway successes, including Circle Mirror Transformation (which earned her an Obie Award), The Flick (for which she won the Pulitzer Prize in Drama), The Aliens (a finalist for the Susan Smith Blackburn Prize), and The Antipodes (her most recent work at Signature Theatre).

In The New York Times, Michael Paulson wrote that Signature “has postponed its return to the stage over concerns about the persistent coronavirus pandemic, becoming the first major New York theater to take such a step. The theater’s leadership announced the postponement Friday afternoon, just days before rehearsals were to begin.”

While Signautre postpones the start of its season, other Off-Broadway theaters and productions are forging ahead. Trial on the Potomac: The Impeachment of Richard Nixon, starring Rich Little, runs through September 4. Atlantic Theater’s The Last of the Love Letters begins previews on August 26. And 2ndStages’ Letters of Suresh begins performances on September 14.