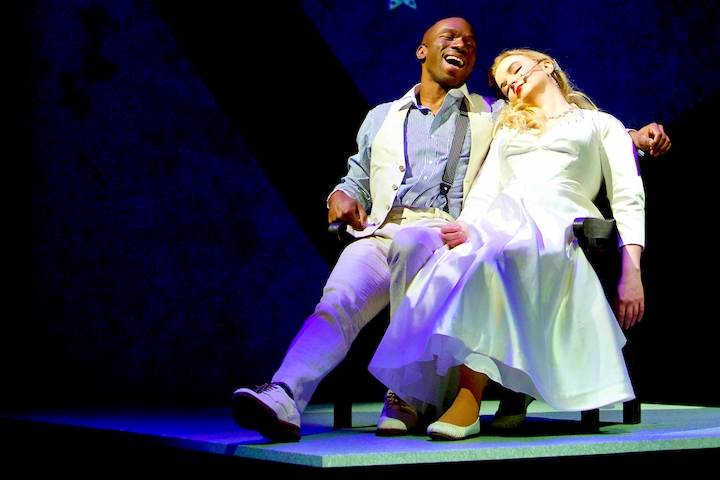 Fans of Broadway lyricist Oscar Hammerstein will be thrilled to see him brought back from the great beyond this week as Theatre Row stages Doreen Ms. Taylor’s new musical revue Sincerely, Oscar.

Ms. Taylor (Phantom of the Opera) teams up with Azudi Onyejekwe (The Great Comet) to showcase more than 30 of Mr. Hammerstein’s biggest hits from The Sound of Music, Show Boat, Oklahoma!, Carousel, South Pacific, and more. And thanks to the state-of-the-art “IceMagic” technology, Mr. Hammerstein pops up between songs via hologram to share the stories behind the shows, reconstructed through personal correspondence, interviews and memoirs provided by Mr. Hammerstein’s grandson, Will.

Scenic designer Jason Simms and lighting designer David Pedemonti set the stage with a series of seven mounted screens that showcase the lyrics of Hammerstein’s writing partners including Richard Rodgers, Jerome Kern and others. The concept is high, but the execution lacks, coming off as if a lounge act and a PowerPoint presentation had a baby.

While the singing by both players in this two-hander is technically very proficient, Ms. Taylor presents these Broadway standards with a confusing sense of off-putting desperation and zero chemistry with Mr. Onyejekwe. Watching the two onstage, one almost imagines them squabbling backstage about who ate whose yogurt from the green room fridge.

For his part, the augmented-reality version of Mr. Hammerstein somewhat livens up the action by taking time between songs to muse about dreams. “Am I just a cockeyed optimist?” he wonders, then posits that by writing about dreams, he helps imbue the word with the “exact meaning and the highest quality of beauty and power.” 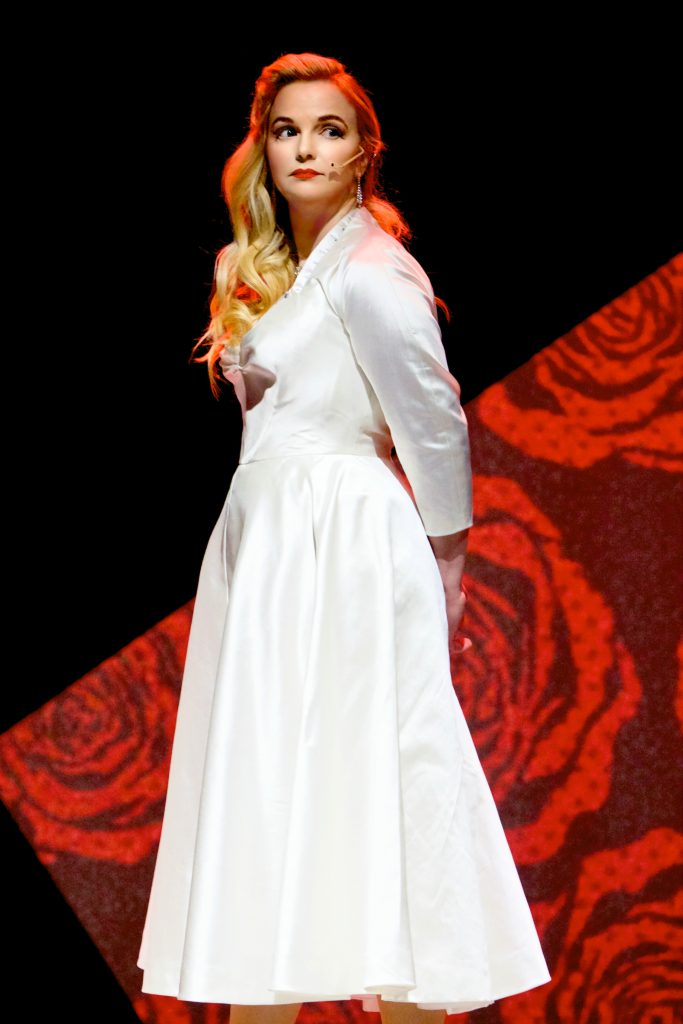 As the overture for “Out of My Dreams” plays, Mr. Hammerstein introduces Show Boat, the show he wrote with Jerome Kern that broke the mold, writing about black dock-hands singing about their hard lives. Then, the hologram screen creaks back into its upright position, and the singers launch into “Can’t Help Lovin’ Dat Man,” followed by “Make Believe/You Are Love.” Mr. Onyejekwe does a fine job with “Nobody Else But Me/I Have the Room Above Her,” and the somber, “Ol’ Man River.”

Then, we’re back with Mr. Hammerstein, this time sitting in his rocking chair with a typewriter in his lap, as he reportedly did on his porch at Highland Farm. “Out of my dreams and into your arms I long to fly, I will come as evening comes to woo a waiting sky,” says Mr. Hammerstein, leading into the songs behind Oklahoma! as he somewhat disconcertingly disappears into a ray of sunlight.

The pair sings “Oh, What a Beautiful Mornin’,” then Mr. Onyejekwe continues with “The Surrey With the Fringe on Top.” The screen creaks back, and Mr. Hammerstein returns to explain the antagonist love song between Curly and Laurey, “People Will See We’re in Love.”

In like fashion, Mr. Hammerstein’s apparition guides the audience through the songs and stories behind Carousel and State Fair with Richard Rodgers, his stinker Allegro, and South Pacific, with its challenge to racism and the lovely medley of “Wonderful Guy/ Honey Bun/ Gonna Wash That Man.”

Mr. Hammerstein introduces a conservative leader becoming more liberal in The King & I hit, “Getting to Know You,” and finishes up with selections from his final show, The Sound of Music, asserting, “There is a very real relationship… between what you contribute and what you get out of your dreams.”

The inspirational message that words are meaningless without dreams should be heartening, but it left this critic wishing that Ms. Taylor had worked just a little harder before bringing her dreams to the stage.

Unfortunately, as the score from South Pacific says, this show is “as corny as Kansas in August.” The singing, though accomplished, has little heart. The constant appearance of Mr. Hammerstein begins to smack of Disney World’s “Hall of Presidents,” and the IceMagic screen makes a distracting creaking whenever it is moved to project holograms.

Fans of Mr. Hammerstein will likely be overjoyed to see their idol come to life, even if his image does tend to explode into a cloud of smoke or burst of light at the end of each segment. And the revue is chock full of his greatest hits, well sung at that. The advanced technology has terrific potential, but in this case, it was just not one of “my favorite things.” 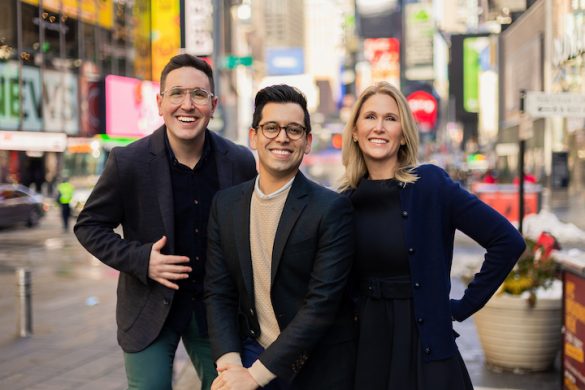