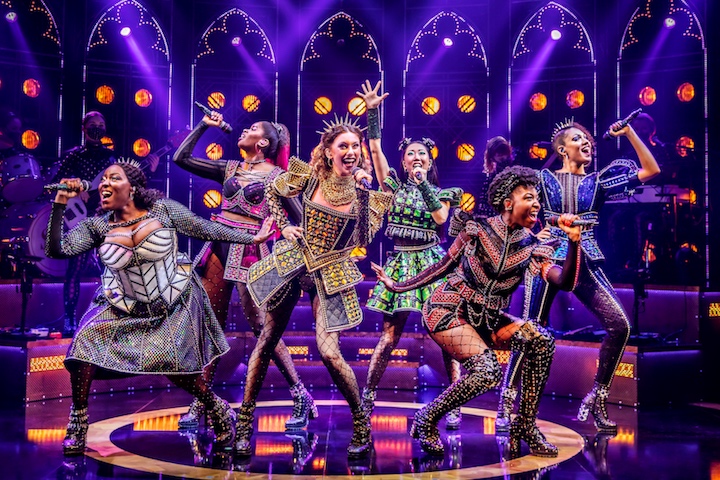 The cast of the West End production of “Six.” (Photo: sixthemusical.com)

Divorced, beheaded…extended! Six the Musical has extended its West End run, playing now through all of this year and into 2023. The welcome news comes when the number of cases linked to the contagious Omicron COVID variant is plateauing in London and in New York.

Producers Kenny Wax, Wendy and Andy Barnes and George Stiles said in a statement, “As one of the first West End productions to resume performances during the pandemic, and relocate our show to its new forever-home (the Vaudeville Theatre), we are delighted that we have a full-year of Six performances our fans, theatre enthusiasts and new audiences can look forward to.”

Six the Musical is written by Lucy Moss and Toby Marlow, with Moss co-directing the concert-style production alongside Jamie Armitage. Carrie-Anne Ingrouille choreographs Six, which follows the six wives of King Henry VII. From Tudor Queens to Pop Princesses, the women of Six take the mic to remix five hundred years of historical heartbreak into an exuberant celebration of 21st-century girl power.