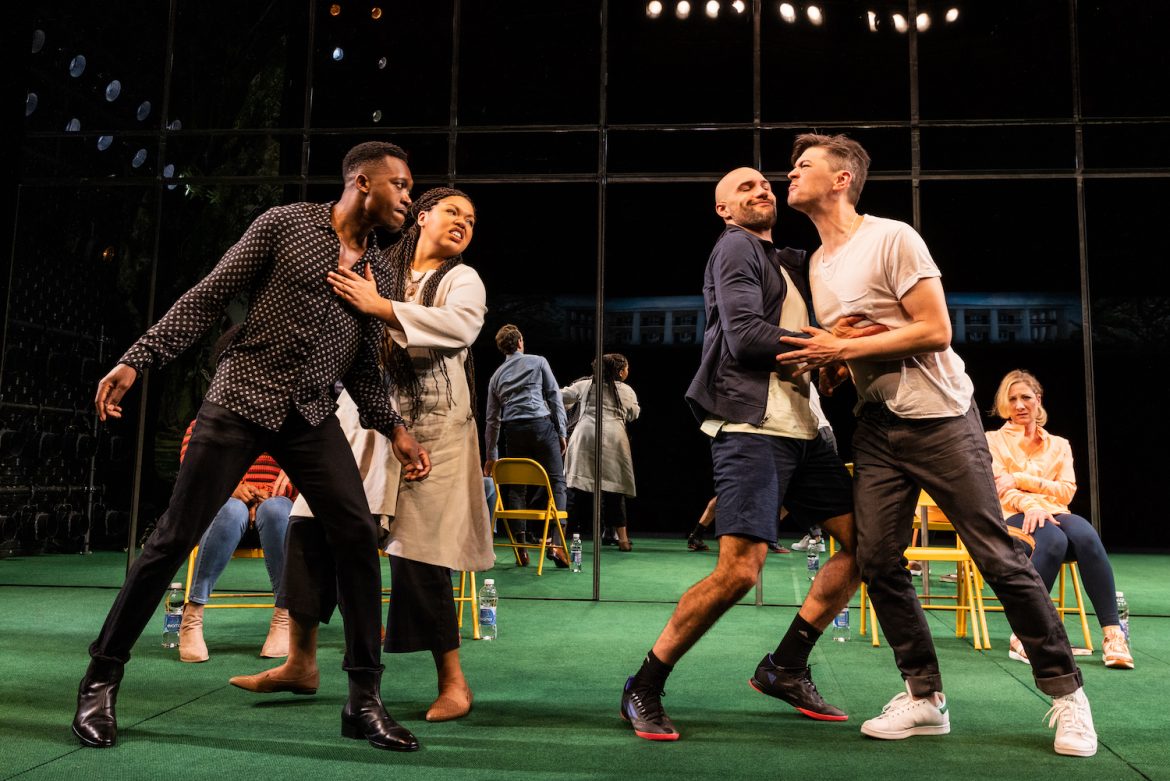 The initial Broadway run of Jeremy O. Harris‘ buzzy play Slave Play was touted for its commitment to democratizing theater audiences by hosting Black Out Nights and having affordable tickets on sale at each performance. Now, that effort continues for the new engagement, a strictly limited run that opened on December 2 at the August Wilson Theatre.

This week, the producers of Slave Play — the most Tony Award-nominated play in Broadway history — announced a digital lottery in partnership with Lucky Seat. A limited number of tickets will be available for every performance of Slave Play for $25 per ticket. Digital lotteries will begin each Monday at 12 PM ET and close the day prior to the performance at 9:59 AM ET. Winners will be notified at approximately 11 AM ET the day prior to the performance via email and SMS. Once notified, winners will have four hours to claim and pay for their ticket(s).

Lottery entrants must be 18 years or older. Tickets are non-transferable. Ticket limits and prices are at the sole discretion of the show and are subject to change. For additional rules and information on how to enter, visit this website.

Following the run at the August Wilson Theatre, the Broadway production, under the direction of O’Hara, will travel to Los Angeles as part of Center Theatre Group’s upcoming Mark Taper Forum season. Casting for the CTG run of Slave Play will be announced shortly.