Top Posts
‘Company’ to Hit the Road on North American...
Meet the Full Cast of ‘Shucked,’ Coming to...
Full Cast for ‘Parade’ Announced
Stephen McKinley Henderson Gives the Performance of His...
The McKittrick Hotel Announces the Return of ‘The...
Broadway Stars Honored with Academy Award Nominations
Taylor Trensch, Danny Wolohan, and More Join the...
A Gay Road Trip Comes to The Brick...
Maude Apatow of ‘Euphoria’ is the Next Audrey...
Tony Award Winners to Star in ‘Hercules’ at...
Home Buzz ‘Slave Play’ Announces Cast for Broadway Return
BuzzHot Ticket 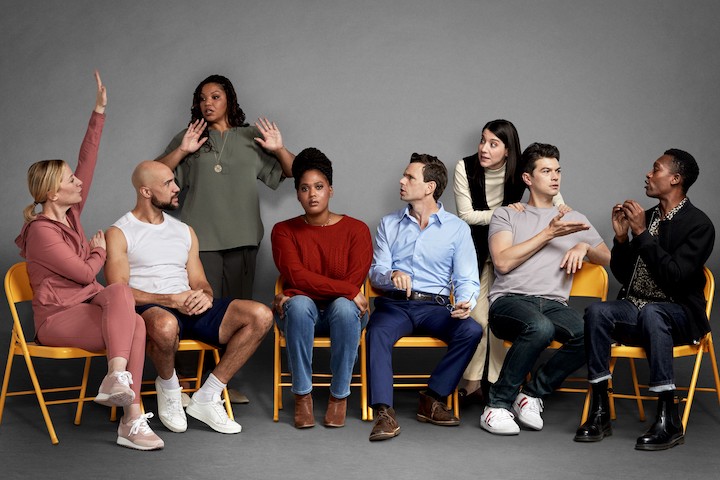 Slave Play, the most Tony-nominated play in history, is returning to Broadway this season for a limited engagement, bringing back with it many of the show’s original stars plus a handful of new actors. Written by Tony Award nominee and screenwriter Jeremy O. Harris, the play will be directed again by Tony Award nominee Robert O’Hara but will this time play at the August Wilson Theatre.

New to the production are Devin Kawaoka as Dustin and Jonathan Chad Higginbotham as Phillip with Antoinette Crowe-Legacy as Kaneisha, a role playwright Jeremy O. Harris wrote for the actress when he was a student at Yale School of Drama (and which she originated in Slave Play’s first developmental production in 2017 as part of Yale’s Langston Hughes Festival). They join returning original Broadway and NYTW cast members: Tony Award nominee Ato Blankson-Wood, Tony Award nominee Chalia La Tour, Irene Sofia Lucio, Tony Award nominee Annie McNamara, and Paul Alexander Nolan.

The strictly limited return engagement of Slave Play will begin performances this Tuesday, November 23, ahead of an official opening night of Thursday, December 2, for an eight-week run through Sunday, January 23, 2022. Tickets for the engagement are on sale now at www.seatgeek.com/slave–play–tickets or by visiting the August Wilson box office.  Slave Play has furthered its guiding principle of “radical accessibility” by doubling its ticketing initiative’s weekly commitment from the initial Broadway run. For the August Wilson Theatre run, 10,400 tickets have been made available for just $39.

Additionally, the production announced that the first Black Out performance for the Broadway return will be Friday, December 3. This private, invitation-only performance will allow the Black-identifying audience to experience and discuss the play free from the white gaze. Harris birthed the idea of Black Out performances in the original Broadway run in recognition of Broadway’s rich, diverse, and fraught history with Black work.