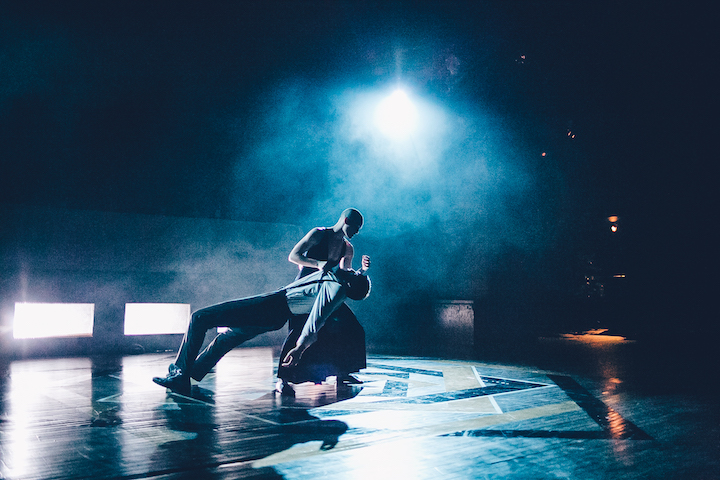 Leave your iPhone and Waze app at home: Sleep No More has no guide or roadmap, which is a major part of its appeal. In fact, the dutiful staff ensures your phone is kept under lock and key before you enter the performance space, an attention to detail I wish was similarly enforced at most Broadway shows.

And speaking of performance space: after being holed up at home for the past two years, the sprawling, multi-floor setting of the McKittrick Hotel, the 27th Street setting of Sleep No More, feels like an airy adult jungle gym. It’s a theatrical playground whose throughline loosely (very loosely) mimics that of Shakespeare’s Macbeth, a quote from which inspires the title of this New York mainstay’s work.

So what happens at Sleep No More? It depends on the journey you take and the characters you follow. Wisely more physical than verbal, the show, created by the British theatre company Punchdrunk, welcomes a more diverse range of audiences; if Shakespearean verse deters you, fret not here. The actors dance more than dialogue, making a welcoming space as long as you’re cool with dim lighting and sexy movement. 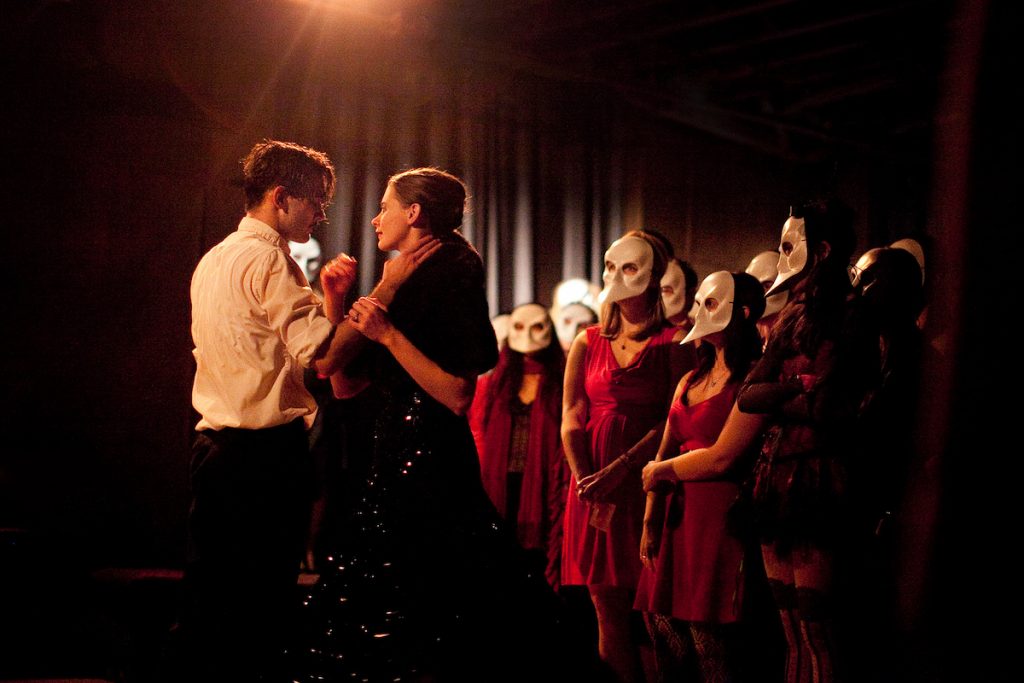 The cast of a dozen strong invites multiple trajectories: a murderer hungry for power (Macbeth), his wife who licks and cleans his bloody wounds (Lady M), and some carnal figures who initiate a strobe light-infused rave (the three witches, I assume). Keeping to this tragic play’s narrative seems secondary; experience is key here, and the production packs it in. The concept is 1920s hunted hotel: speakeasy bar, vested men, and glorious taxidermy. Dress as you see fit; it doesn’t quite matter what you wear before stepping into the space — audiences don masks (both the N95 and the masquerade kind) for increased anonymity — and the lights are so subdued that, even if you wish to tag along with your theatergoing plus one, you may quickly lose them in the incentive and labyrinthine set.

That ease of losing yourself and others may feel welcome. The play moves in tidal currents: scenes breathe and fade, and audiences chase figures they find compelling, leading to a thrush of anxious attendees clutching one another as they chase durable characters and flimsy plots. The plots are elusive but heightened and engaging: follow a vengeful murder, a lusty ball, an intoxicating rave. Whether they all add up seems beside the point; Sleep No More didn’t make its mark on compelling characters but an all-encompassing design and a full-throttle commitment to enthralling audiences. 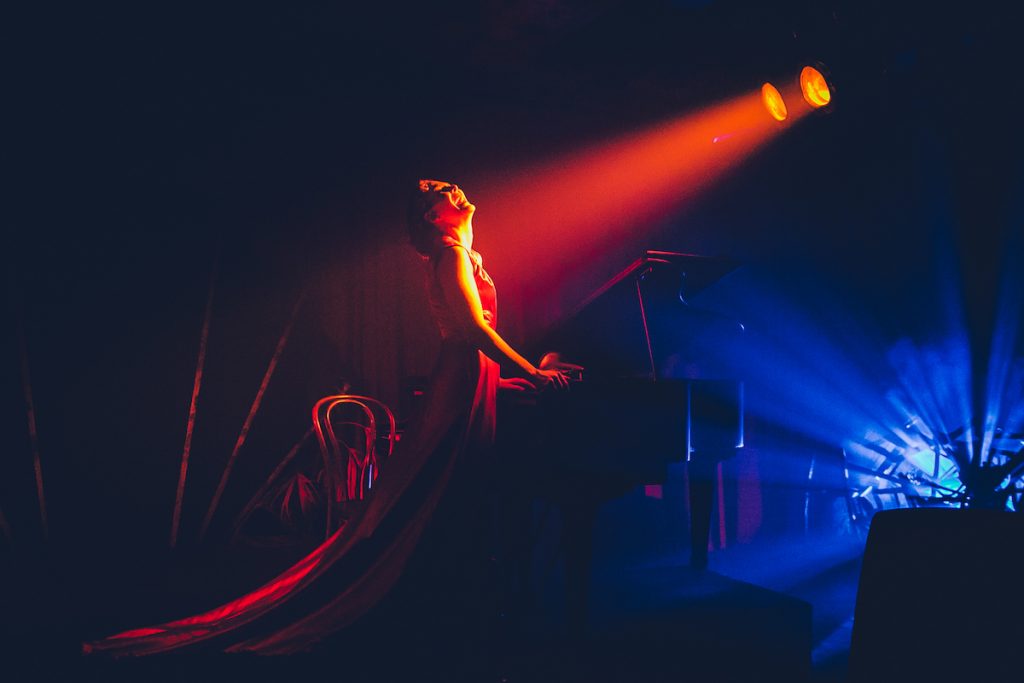 The night I went (and it feels impossible to not pen at least part of this review in the first person given how much of the experience is singular to the attendee at hand), I found myself back in the speakeasy where I had started, about 90 minutes into the show. I figured a nightcap would come later on, but there I found myself, mesmerized by a chanteuse named Stella who had a habit of proposing to every man she eyed in the many Thonet chairs surrounding the stage.

Should I stay here and be entreated to the present tense music or return to the darkly spectacular realm of the play? There didn’t seem to be a wrong answer. At the McKittrick Hotel, entertainment is the goal, and if you fall under its spell, why not stay awhile?

Billy McEntee is a freelance arts journalist, queer storyteller, and Theater Editor of The Brooklyn Rail.