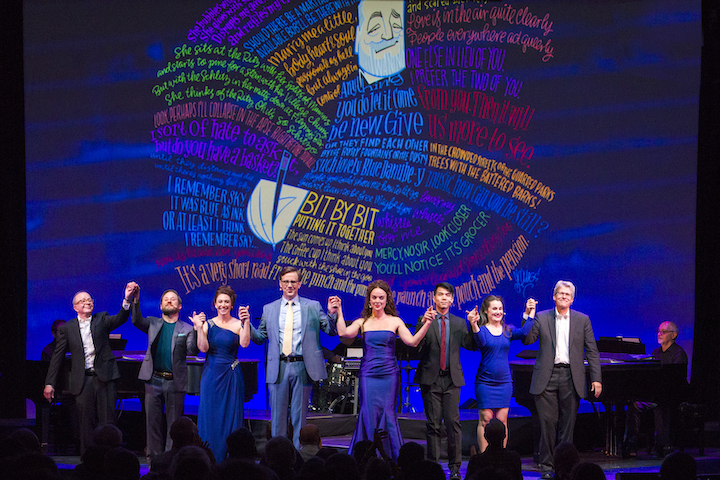 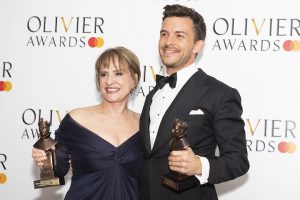 Best Actress and Actor in a Supporting Role in a Musical, Patti LuPone and Jonathan Bailey for ‘Company.’ (Photo: Pamela Raith)

This week’s Olivier Awards proved, once again, that Stephen Sondheim is as relevant as ever. The new London production of Company snagged four awards, including Best Musical Revival and Best Actress in a Supporting role for none other than Patti LuPone.

On our own shores, 92Y recently presented Stephen Sondheim: Wordplay as part of it’s Lyrics & Lyricists series. Co-written and hosted by Jack Feldman and Ted Chapin, the evening gathered some of Broadway’s best to tackle the master lyricist.

Highlights (of which there were many) included Lesli Margherita and Christopher Fitzgerald singing “Come Play Wiz Me” from Anyone Can Whistle; Melissa Errico’s haunting rendition of “Loving You” from Passion; and Telly Leung taking on the tongue-twisting “Getting Married Today” from Company.

The evening offered an insider’s listen of lesser-known lyrics, including early drafts from Follies and a special birthday parody that Sondheim wrote for Arthur Laurents’ 80th birthday. Projection designer Dan Scully, once again, captured the essence of the evening, adding visual depth and vibrancy to the hosts’ dramaturgical introductions.

Other Sondheim productions popping up around include: 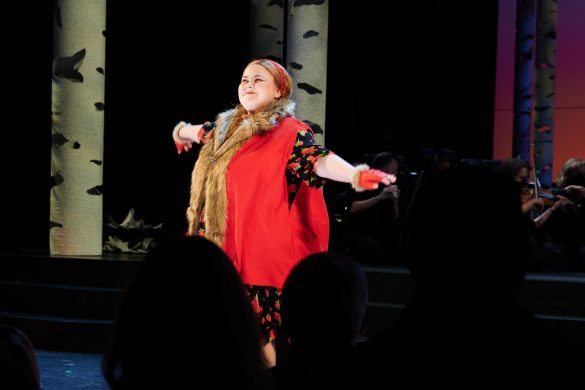