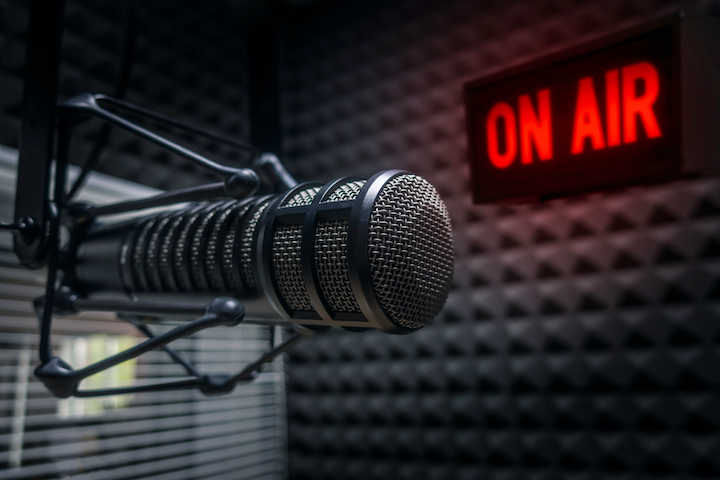 Are you tired of asking Alexa to play “Broadway,” only to have your AI BFF respond with the limited catalog from Amazon’s Showtunes station? We love Hamilton, but other shows have made an impact over the last century.

Enter Stuart Brown, a lifelong Broadway musical theater fan, who set out to do something about the dearth in on-air programming by starting a 24/7 online Broadway music radio station.

The result is Sounds of Broadway, which plays selections from Off-Broadway, Broadway and the London stage.

“I’ve been attending theater in New York since my Freshman year in high school,” said the New York theater critic and member of the Outer Critics Circle. “My friend and I would take the bus from New Jersey with twofers (discount coupons) and see a show. One of my first was the original production of Grease in 1972. I think we paid about $8 for a full-price Saturday matinee ticket.”

The current college administrator at the University of Connecticut attended Rutgers University in the late 1970s, a short train ride to the theater district. “In college, I had my own Broadway radio show, and I was the Fine Arts Editor of the station, which enabled me to receive press seats for Broadway plays and musicals,” he said.

Mixing his love of Broadway musicals and experience in college radio, along with advances in technology, the current President of the Connecticut Critics Circle has been able to establish a home-grown radio station that can be managed by simply using a microphone and laptop. 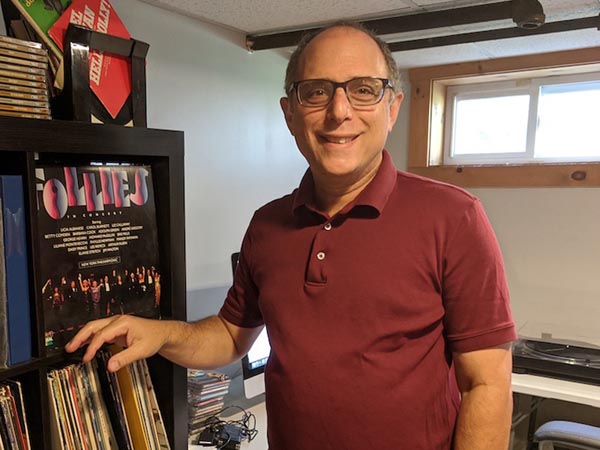 According to Brown, Sounds of Broadway offers the most wide-ranging listing of music from the musical theater. Thousands of songs from hundreds of cast recordings are in rotation, with new shows being added weekly. “My last count was something like 4,800 songs from about 635 musicals,” he said. “I also have hundreds of cast recordings on vinyl that will probably never be released on CD or uploaded on services like iTunes. One of my planned retirement projects is to digitize the collection to further extend my online catalog.”

The goal of Sounds of Broadway is to educate and entertain. “I curate every playlist,” he said. I feature popular and well-known shows like Wicked, My Fair Lady, and Hamilton,” he said. “But, unlike other online radio stations, I include selections from more obscure or little heard of shows. I guess it’s the college educator in me. I want the station to entertain, but I also want to teach people about musical theater history.”

The station is free for listeners. A link to the app for iPhones and Android devices, as well as the Amazon Echo, is on the website’s home page. Currently, the station averages over 17,500 listeners a month from dozens of countries and has been growing by double-digit increases.

One of the central features of Sounds of Broadway is a nightly two-hour all-request time slot (8 p.m. – 10 p.m ET). “Everyone has their favorite songs they want to hear, and this will give listeners the opportunity to do so,” said Brown.

Other specialty programs include shows that feature Only Overtures, Just Title Songs, The Best of Forbidden Broadway, and a daily composer spotlight series.

A recent addition is a weekly Trivia Challenge. A new quiz is uploaded every Wednesday. “I try to mix it up with easy and tougher questions,” said Brown. “The reaction has been great. It’s a quick diversion in these trying times.”

“Everybody loves a great Broadway song,” stated Brown, who attends dozens of Broadway shows a year.  “Sounds of Broadway is fast becoming the destination for both musical theater aficionados and people who are just discovering this very American art form.”

For Halloween, Sounds of Broadway will be presenting six hours of Halloween themed music from the Broadway stage (October 31, 2 p.m. – 8 p.m. ET). There will be songs from such musicals as “The Addams Family,” “Hadestown,” “Little Shop of Horrors,” “Phantom of the Opera,” and
many more.

On Sunday, November 1, beginning at 5 p.m. ET, the station will air a Presidential themed block, which will include the audio recording of the original cast of “MacBird!,” the 1967 Off-Broadway satire by  Barbara Garson that superimposes the John F. Kennedy assassination onto the plot of Shakespeare’s Macbeth. There will also be over two hours of Presidential-themed music from the Broadway stage, including such shows as “Hamilton,” “1776,” “Rap Master Ronnie,” “How to Steal an Election,” and many others.