Top Posts
‘Company’ to Hit the Road on North American...
Meet the Full Cast of ‘Shucked,’ Coming to...
Full Cast for ‘Parade’ Announced
Stephen McKinley Henderson Gives the Performance of His...
The McKittrick Hotel Announces the Return of ‘The...
Broadway Stars Honored with Academy Award Nominations
Taylor Trensch, Danny Wolohan, and More Join the...
A Gay Road Trip Comes to The Brick...
Maude Apatow of ‘Euphoria’ is the Next Audrey...
Tony Award Winners to Star in ‘Hercules’ at...
Home Buzz Spencer Day Puts Jazz Spin on New Album ‘Broadway by Day’
Buzz 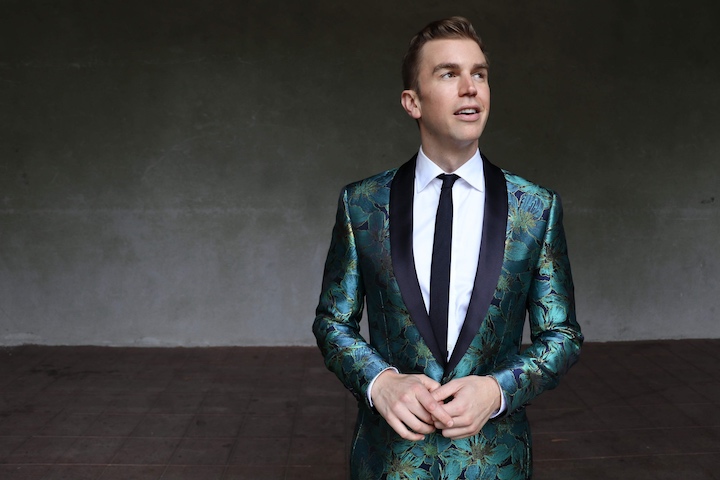 Broadway gets a modern jazz spin thanks to #1 Billboard jazz/pop singer and songwriter Spencer Day. Club44 Records has released his latest album, Broadway by Day, which reimagines Broadway favorites with surprising and creative genre-blurring arrangements from swing to Latin. Special musical guests include Jane Monheit, the Grammy-nominated vocalist, and Dave Koz, the nine-time Grammy-nominated saxophonist.

In the grand tradition of timeless albums such as Ella Sings Broadway, Mel Tormé Swings Shubert Alley, and Anita O’Day Swings Rodgers & Hart, this is a collection of cherished theater songs with individual twists and turns. Just as each of these iconic artists once personalized the Broadway songbook, Spencer adds his own unique rhythms, unexpected turns of phrase, and bold interpretations. 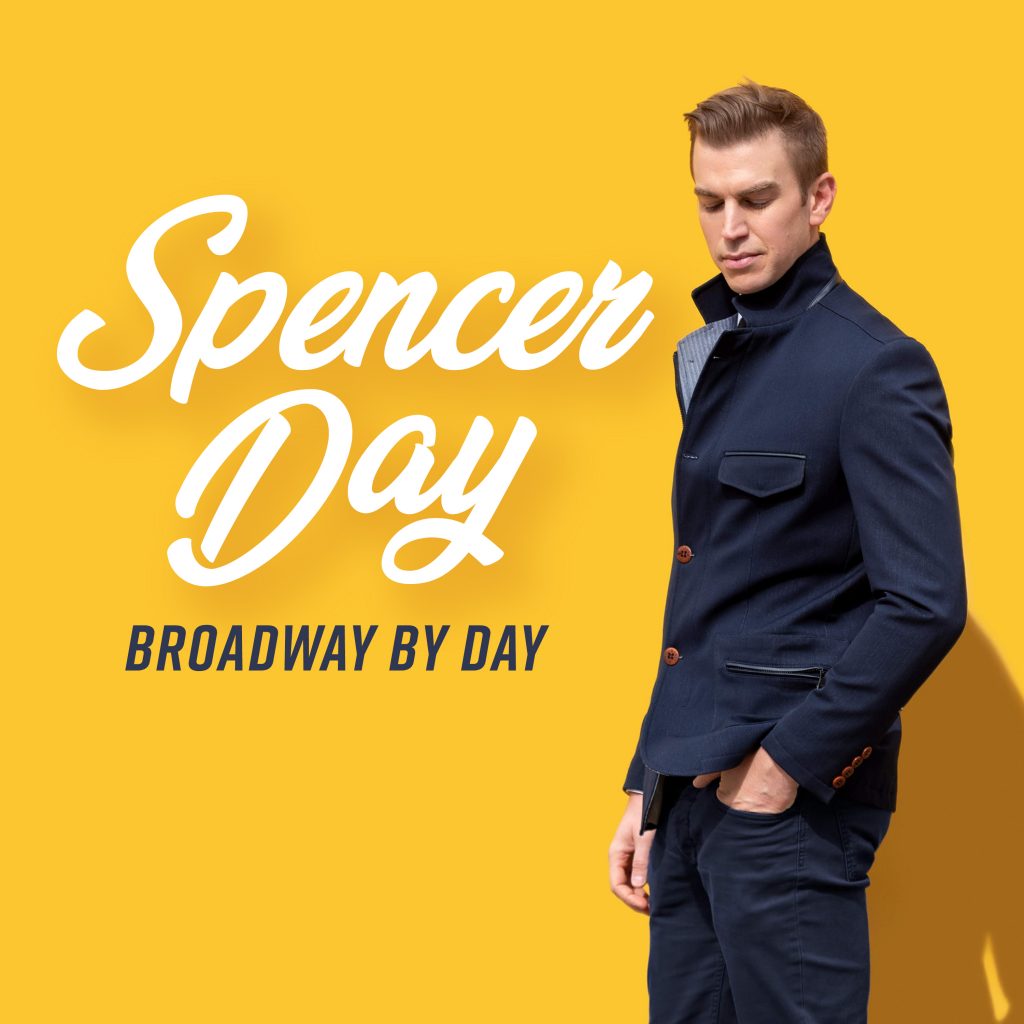 After years of chart-topping hits of self-penned songs, Spencer thought it was the best time now for his first album dedicated to classic Broadway.

“Over the years, everyone from radio DJs and labels reps to fans and collaborators have encouraged me to do an album of standards or Broadway songs,” says Day. “When I first became a performer, as I was being compared to Harry Connick, Jr. and later Michael Bublé, I was focusing on my own songwriting and resisted doing an album of anyone else’s work. So I had never done a straight-up swinging record. I wanted it to be organic, to wait until the right moment. I feel like Broadway by Day hits that sweet spot: I’ve been able to put my individual stamp on these selections, yet stay true to the original material.”

“The world of Broadway has always fascinated me,” he continues. “The first show I saw as a kid in Utah was Guys and Dolls, and it made me want to visit Havana. Then I grew up with touring productions of Miss Saigon and Les Mis. When I got to New York and made a conscious effort to attend theater – as I started seeing newer shows like Caroline, or Change and Follies with Bernadette Peters – that’s when I was knocked out by the real power and range of musical theater.”

Having Jane Monheit – also a resident artist with Club44 Records – sing with Spencer on Jerry Herman’s “It Only Takes A Moment” was an easy fit. “Jane is one of my favorite singers,” Spencer reflects. “Her delivery is so natural and her musicality is stellar. She’s incredibly subtle on stage, but utterly compelling. When we started talking about her participating on the record, she had just seen the national tour of Hello, Dolly! and so she was in this frame of mind. She really swings and so I took the opportunity to feature her in a fun, upbeat arrangement. I just love this duet.”

Dave Koz, who lends a lyrical saxophone solo to “If I Loved You,” has been a longtime friend of Spencer’s. “Dave has been very supportive of my music over the years,” he says. “I am incredibly touched that he was able to contribute to this album. His sax on this Rodgers & Hammerstein classic is the perfect element to set it apart. It still has Dave’s creamy signature sound, but it also places him in a new Stan Getz bossa nova setting, which his longtime fans may not be used to hearing. It’s a wonderful pairing of the two worlds.” 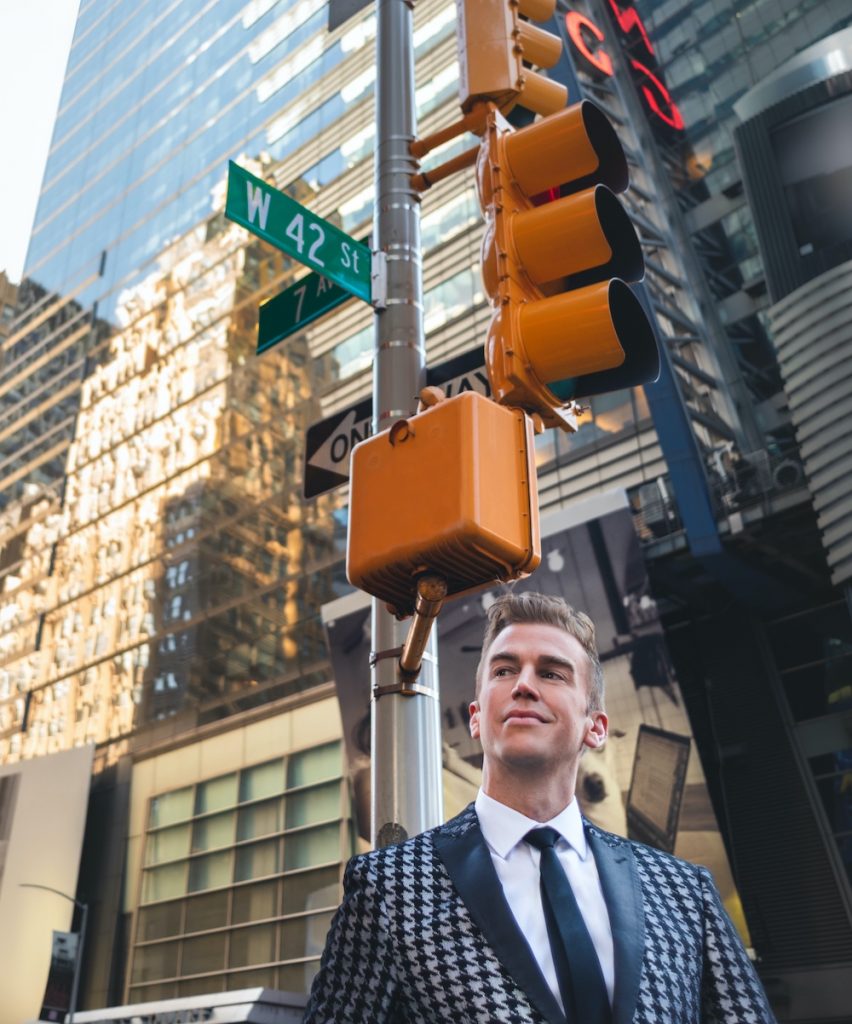 Broadway By Day is bookended by selections from the masterpiece A Chorus Line, opening with the show business anthem “One” and closing with “What I Did for Love.” Commenting on the latter track, Spencer explains, “My mother used to sing it around the house when I was a kid, but I just assumed it was a typical romantic love song. Later, I was able to reflect on the song’s context in the show, what one gives up for a life as a performing artist. As a touring musician, I certainly relate to that – you often have to sacrifice stability, a stable relationship, a 401K. So ‘What I Did for Love’ is quite profound and personal for me.”

One of the most distinctive tracks on the album is a Latin American riff on the South Pacific classic “Bali Ha’i.” From John Coltrane’s “My Favorite Things” to Miles Davis’s “Surrey with the Fringe on Top,” Richard Rodgers and Oscar Hammerstein are such a bedrock of the canon that they’re ripe for jazz reinvention. Spencer comments, “We have several Rodgers & Hammerstein tracks on this record, but ‘Bali Ha’i’ is my favorite. I think it’s amazing these two New Yorkers were able to channel a place they had never experienced – the mysterious and dreamy minor chords of this song are magical.”

“My co-producer Alex and I did our research and listened to many contemporary theater writers as options, but the traditional Broadway sound just sat right with my voice. It’s the best fit for a lyric baritone like mine. And we went out of our way to choose selections that hadn’t been overdone in a jazz context. R&H is simple and beautiful and lush, so they just came naturally to me. And even though they were written decades ago, their emotions still pack a punch. Especially that line in ‘If I Loved You’: ‘I’d let my golden chances pass me by.’ I think that echoes the melancholy many of us feel right now.”

Especially after a recent breakup, recording Stephen Sondheim’s “Losing My Mind” for the album was a particularly emotional moment. “I’ve always loved digging into a ballad and the raw emotions of this song really resonated with me. And I really think it taps into something we’ve all experienced in this era of pandemic isolation.”

An exciting highlight of the album is this version of “I’d Be Surprisingly Good for You,” from Andrew Lloyd Webber and Tim Rice’s Evita. “It’s a real standout of this score, yet never explored outside of the show and really does stand on its own. The work of the incredible Mexican guitarist Eduardo Leon is especially valuable on this track. Since I was in Latin America anyway, I figured I might as will go to the source. He contributed to the album’s diversity of sound and style.”

Spencer reserves special praise for his co-producer Alex Frank (Frank is the longtime bassist for Spencer, in addition to recording with artists such as Jeff Goldblum, Fiona Apple, Michael Bublé, and Miley Cyrus.) “Alex was an invaluable collaborator on this record,” Spencer comments. “He was great to bounce ideas off, almost like a musical dramaturg. His suggestions on phrasing, interpretation and arrangements helped shape the album. The studio can be such a lonely place – just you and a microphone sometimes. Having someone to help guide you through the process, who can hear qualities in your singing that you can’t hear yourself. You don’t always know if the emotion in your head translates into the recording. Alex made all that happen.”

“This album was planned long before the pandemic,” Spencer remembers. “But the circumstances dramatically altered how it came out. The core sessions were recorded in Los Angeles pre-lockdown, but I was in Mexico for a concert and was accidentally quarantined there. I was able to meet up with some fantastic musicians and that was how we ended up with the gorgeous strings and the thrilling Latin brass. I was already in love with Mexican music, but it hadn’t occurred to me that its style could so effectively bring out new elements in these Broadway songs. Some of the flavors and tones of the music just wouldn’t have been possible if we hadn’t ended up there.”

“Ever since I was a kid,” he says, “musicals helped me escape. That surreal space where people just break into song lets you embrace the fantasy and create your own world. Performing these songs is a method of acting and storytelling – it helps me connect viscerally to the action. My hope is that Broadway By Day will help listeners connect with something personal and special of their own.”