Top Posts
‘Company’ to Hit the Road on North American...
Meet the Full Cast of ‘Shucked,’ Coming to...
Full Cast for ‘Parade’ Announced
Stephen McKinley Henderson Gives the Performance of His...
The McKittrick Hotel Announces the Return of ‘The...
Broadway Stars Honored with Academy Award Nominations
Taylor Trensch, Danny Wolohan, and More Join the...
A Gay Road Trip Comes to The Brick...
Maude Apatow of ‘Euphoria’ is the Next Audrey...
Tony Award Winners to Star in ‘Hercules’ at...
Home Buzz Standby Max Clayton Steps Into Hugh Jackman’s Shoes, Making Harold Hill Debut in ‘The Music Man’
Buzz 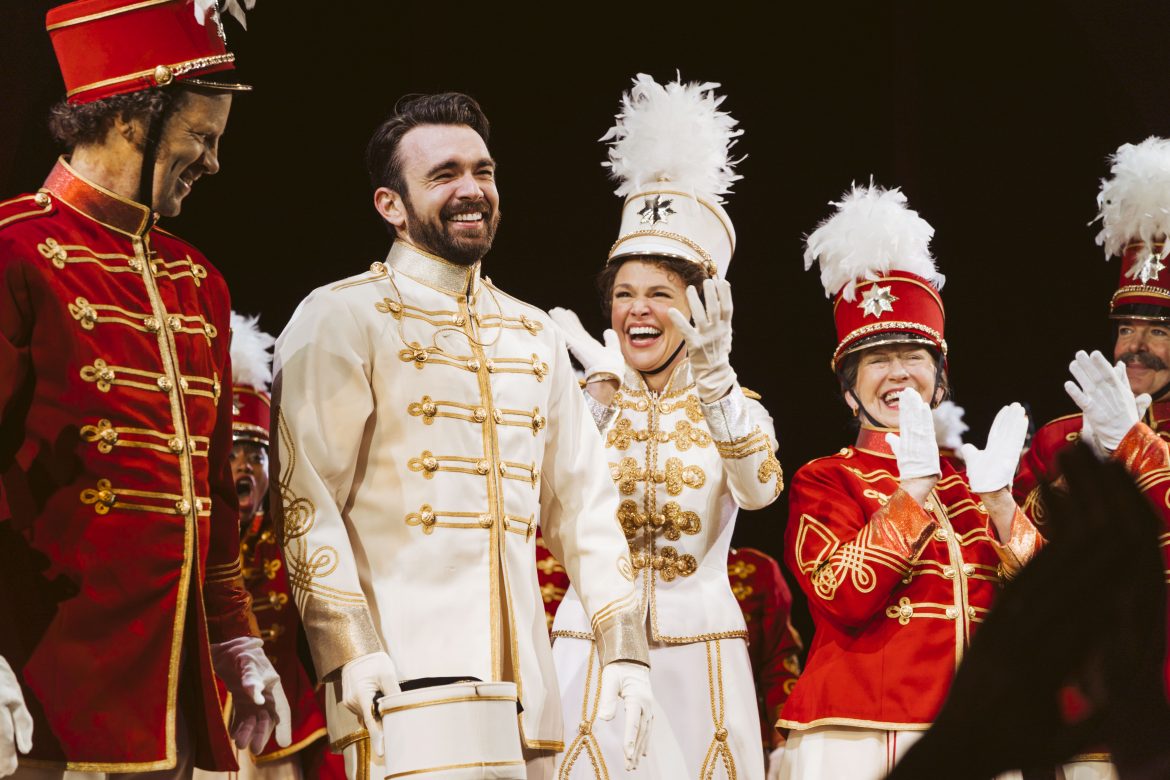 Photo of Max Clayton, Sutton Foster, and company at bows by Avery Brunkus

Clayton’s co-star Sutton Foster celebrated his accomplishment at curtain call, calling it a “Broadway miracle.” Foster delivered a heartfelt tribute to her new co-star, praising his performance as well as the contributions of all standbys, understudies, and swings.

“We are so grateful to you – I’ll go to the footbridge with you anytime,” Foster joked to roars of approval from the packed house.

“Thank you to all of our amazing understudies and swings,” she continued. “The incredible generosity and versatility of this company humbles me on a daily basis.” Foster went on to thank the audience for being there, declaring them “the most important cast member we have.”

On Sunday, Jackman performed at the 75th Annual Tony Awards at Radio City Music Hall as a nominee for Best Performance by an Actor in a Leading Role in a Musical.

In a statement Monday, producer Kate Horton said, “Once again, standbys and understudies save the day and, in this case, it’s Max Clayton to the rescue. We’re excited to see him perform alongside the wonderful Sutton Foster and we wish Hugh a speedy recovery.”

Hugh Jackman will be out of The Music Man for all performances this week, and next Tuesday’s performance following a positive test for COVID-19. Jackman is expected to return to the show next week on Wednesday, June 22.