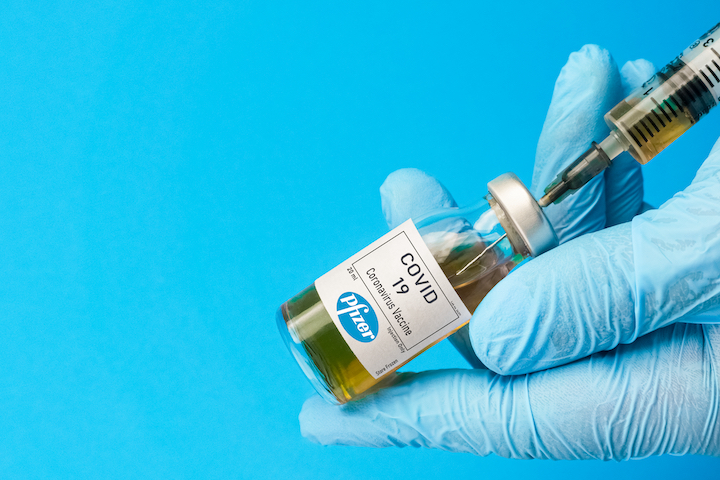 “I didn’t know I could be so happy!” Legendary Broadway composer Stephen Sondheim revealed earlier this week that he has received both Pfizer shots, meaning he is fully vaccinated. The 90-year-old Tony Award winner who has contributed the lyrics and scores to Sweeney Todd, Into the Woods, Company, Merrily We Roll Along, West Side Story, Gypsy, and many other groundbreaking works shared the news on this week’s “Studio Tenn Talks Presents The Assassins Reunion,” which brought together the original creatives and cast of the landmark 1991 musical. That starry reunion,  led by the original Balladeer Patrick Cassidy, can be streamed for free here.

Sondheim revealed the news right away, as did Assassins‘ book writer John Weidman. Cassidy opened by asking how each of the men was doing. Weidman, holding out in New York, said, “I’ve had both of my Moderna shots, so I’m feeling frisky.”

Sondheim, who was in Connecticut at the time of the live-streamed reunion, retorted, “I had my Pfizer shots, so I’m feeling tired.”

Nonetheless, Sondheim was in high spirits for the reunion as he and Weidman dove into how they chose which assassins (or would-be assassins) for the musical, how Christopher Durang cut himself from the show by telling the creatives his comedic role was not apiece with the material, and why classifying the musical (or is it a revue?) still confounds audiences and critics. The nearly three-hour event celebrated the 30th anniversary of Assassins, which premiered at Playwrights Horizons on December 18, 1990, and ran through February 16, 1991.

As Broadway slowly looks to creek open its doors, it’s heartening to know that one of its luminaries is healthy and well. “You’re gonna love tomorrow” if more good news keeps coming!