Steppenwolf Theatre Company kicks off its 43rd season by delivering a cold punch to Chicago’s cultural community with Downstate, a co-commission, and co-production between the venerable Windy City institution and the National Theatre of Great Britain. Written by Pulitzer Prize-winning Steppenwolf ensemble member Bruce Norris and directed by Tony Award winner Pam MacKinnon (Broadway’s The Parisian Woman), this one will haunt audiences long after curtain drop.

There is so much socially relevant material packed into this unflinching work. The brief synopsis of the plot offered by the production’s press materials is both accurate and far short of the play’s tremendously layered density:

“In downstate Illinois, four men convicted of sex crimes against minors share a group home where they live out their lives in the shadow of the crimes they committed. A man shows up to confront his childhood abuser – but does he want closure or retribution?”

Steppenwolf Theatre and staff could not possibly have predicted that the press opening would fall at the end of a raucous and painful week in Washington D.C. Last Thursday’s hearing regarding the sexual assault allegations facing Supreme Court nominee Brett Kavanaugh featured his first accuser Dr. Christine Blasey Ford testifying that the circuit court judge attacked her when she was just 15 years old. With the #MeToo movement showing no signs of slowing down and a seemingly limitless amount of pain that women (and some men) are belatedly forcing our society to confront, Downstate takes the stage at a national moment fraught with suffocating emotional tension.

Featuring a top-drawer ensemble cast, the four men attempting to engage society with a red “P” (for pedophile) permanently attached to them by the sex offender registry are Gio (Glenn Davis), a young man with corporate ambitions previously convicted of statutory rape; Dee, (K. Todd Freeman) a gay man and self-styled group home mother hen found guilty of repeatedly assaulting a 14-year-old boy; Fred, (Francis Guinan) a gifted pianist who served years in prison for exploiting his students; and Felix, (Eddie Torres) the quietest and perhaps most reviled member of the household. In addition to the horrendous crime of pedophilia, Felix is guilty of incest perpetrated on his young teenage daughter.

This is all disgusting, right? Mr. Norris’ unrelenting script won’t make it that easy on us. Gio, Dee, Fred and Felix are all men facing different challenges with differing levels of self-awareness and remorse factoring into their respective ambitions for social acceptance. Trying to navigate this complex terrain and manage the men’s parole restrictions is Ivy (Cecilia Noble), a weary, tough but empathetic officer balancing the protection of neighborhood children with even a criminal’s basic need for dignity. Her job is unenviable.

The cast, featuring Steppenwolf ensemble members Mr. Davis, Mr. Freeman, Mr. Hopper and Mr. Guinan, is beyond reproach, even if many of their characters are not. The actors and their prodigious talents are part of an exclusive artistic ensemble known all over the world with good reason. Because these players have performed together so many times, their offstage familiarity and chemistry lend an additional wow factor to the acting. An ability to make the heinous look, feel and sound organic is no small achievement.

The unnaturally natural aesthetic of the production is assisted by scenic design from Todd Rosenthal, who adds subtle touches to the set that convey the dissonance between group home routine (a keyboard for Fred, a weight bench for Gio) and violence (a broken window shot out by a neighbor’s angry rifle, Dee’s shattered Diana Ross poster). It’s an understated marvel.

The production requires audiences to trudge through a transfixing two and a half hours of morally complicated muck, and theatergoers may never find themselves as grateful for an intermission as the one that breaks up Downstate. The play is an absolutely wrenching experience and yet for all the soul sickness one is likely to take away from the theatre, the work is a must see. If this review reads ambiguously, it’s in direct correlation with the unapologetically blurred conclusions of the source material. But there’s absolutely no ambivalence toward the stunning quality of Steppenwolf’s 2018/2019 season opener. 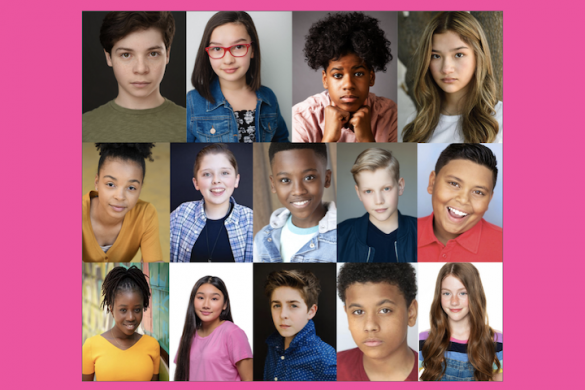