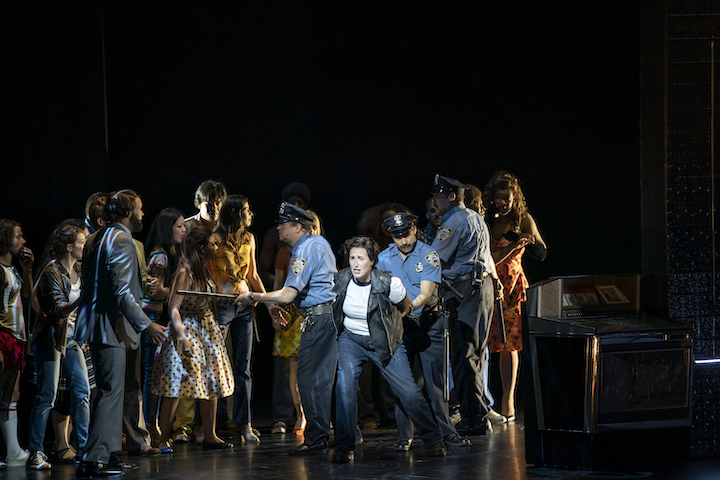 With titular characters like Verdi’s Tosca, Bizet’s Carmen, Bellini’s Norma, and Strauss’ Elektra and Salome, the world of opera has always been rampant with ladies who you just do not want to mess with. So, it comes as little surprise that the first punch in Stonewall, librettist Mark Campbell and composer Iain Bell’s explosive opera currently receiving its world premiere production at New York City Opera, is thrown by a woman. And while this emotion-charged opera may not be perfect, its debut is perfectly timed to coincide with the 50th anniversary of the event that sparked the modern LGBTQ rights movement.

It’s Friday night, June 27, 1969, and Maggie (mezzo-soprano Lisa Chavez in a star turn), a butch lesbian is being harassed by a man on a downtown subway. He promises to “make a real woman” out of her, lunges at her and eventually spits in her face – but not before she’s able to land a punch square in his gut. She recounts how the police did nothing but say, “what do you expect?!” The exchange serves as a precursor for the event that will follow when hundreds like Maggie hit a boiling point where enough is enough.

Told in three parts, the first section of Stonewall is presented as a series of non-linear patchwork scenes, Stonewall explores the lives of Maggie and an aggregate of strangers. Each one unknowingly on their way to be a part of history.

There’s Carlos (Brian James Myer), a parochial school teacher who’s freshly fired for being gay. Valerie (Rocky Eugenio Sellers), an African American crossdresser playing drag sister to Maynard (Jordan Weatherston Pitts), an 18-year-old about to debut his new persona Renata at the bar. Leah (a stand-out Jessica Fishenfeld), an attractive femme lesbian, tells her story of being institutionalized and subjected to torturous “ex-gay” treatments to anyone who will listen to her. Edward (Justin Ryan), a closeted Wall Street type and Connecticut family man is headed to Stonewall to retrieve his address book which is being held for $3,000 in hush money ransom by Troy (Joseph Beutel), a gay-for-pay go-go boy in cahoots with Sal (Michael Corvino), the Stonewall Inn’s mafia-connected manager. Andy (spectacularly voiced by tenor Andrew Bidlack), a homeless teen hustler, is fresh from a trick with ten dollars in his pocket, ready for a shower at the YMCA and night of dancing at Stonewall. And Sarah (a touching Liz Bouk), a transwoman, sings “Happy Birthday” to herself as she readies to celebrate the first anniversary of her transition at the famed bar.

The second part of the opera shows short-lived revelry at the bar (written in the form of a pair of joyfully penned Motown pastiche pop songs sung by Darlene Love), interrupted by the police raid, harassment and brutality indoors, and riots outside the bar that followed. The opera’s third part takes place post-riot and has the characters reflecting on the events of the previous evening and what will come in the new world that they just unleashed.

If you’re reading “up” in this review and notice that more “ink” is devoted to character description than to plot. Let that serve as a metaphor for this well-intentioned opera’s central flaw, which is that it has more set-up than pay-off. After introducing ten principal characters, the titular event happens and our heroes get lost in the well-choreographed, but brief action. 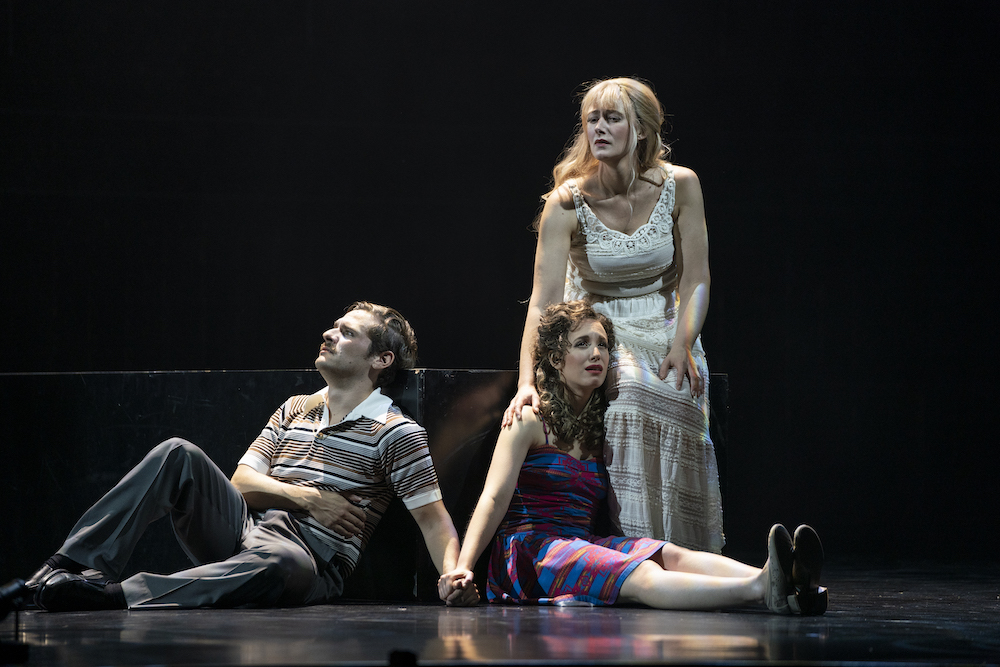 The third part of the evening (which functions almost as a postscript), seems to want to convey how the riot galvanized some sort of community around the slew of protagonists whom we’ve been following throughout the opera. Sarah takes an interest in helping homeless teen, Andy. Leah and Maggie appear to have found love among the ruckus. Regrettably, we see none of these relationships develop prior to the final moments of the opera, and the ending feels tacked on. At under 90 minutes, we’re left wondering (I’ll borrow and paraphrase from Peggy Lee), “Is that all there is to a riot?”

Still, despite this flaw, there is so much to applaud with Stonewall. Mr. Bell has written a tense and intense score rife with appropriate anticipation, commotion, and reverie. Mr.  Campbell’s libretto infuses the evening’s heroes with humanity, dignity, pathos and humor. And unlike the recent feature film treatments of the Stonewall uprising, the opera reflects the true racial, economic, and sexual diversity of the people who made history 50 years ago in Greenwich Village.

But perhaps what’s most worthy of plaudits is New York City Opera’s continued mission to present LGBTQ-themed operas each year despite its financial troubles. According to reports, Messrs. Campbell and Bell received the commission for Stonewall from NYCO in early 2018 and completed the first draft in weeks. It leaves one to wonder how the opera could have been realized with more time and money.