I was raised on Barbra Streisand albums.

I mean, not literally on a crib made out of them (imagine being an infant and seeing that “Guilty” cover every day) but on a constant sonic bed of “The Way We Were” and “Evergreen” and “Second Hand Rose” playing in the house. My mother, who couldn’t carry a tune in a Vuitton roll-aboard, played Babs albums and warbled along to them round the clock.

So, besides making me gay, this resulted in me feeling an enormous, almost primal affection for Streisand. Starting tonight, she returns to her home town of Brooklyn for a series of concerts at the new Barclays Center. I, not having a trust fund, will not be attending but it got me thinking: although she quickly left Broadway after her first two shows, never to return again, she will always be associated with the Great White Way thanks to her devotion to the showtune songbook.

Let’s sit back and watch/listen to a few rare Streisand Broadway moments including a very early interview, a live stage performance and an album outtake…

First show, Tony-nomination and she’s already over it!  Hysterical.

Her closing night at Funny Girl and you can feel the pure adoration from the audience. And could Babs, maybe, just maybe be emotional about giving up the 8 show a week role that made her famous?

An unreleased track from The Broadway Album, this song never fails to make me tear up, whoever is performing it. Well, maybe if my Mom tried. No, even that would make me tear up. But it’s hard to top the grandeur of Babs and Bernstein. 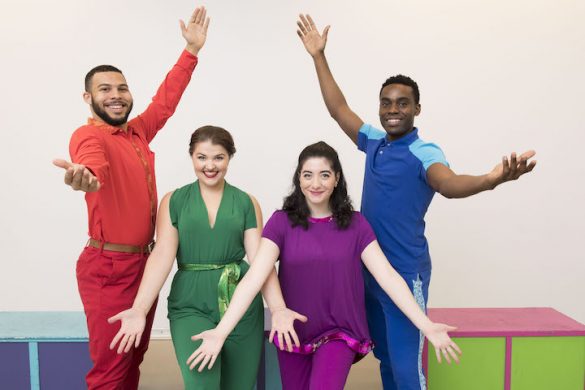