Top Posts
‘Company’ to Hit the Road on North American...
Meet the Full Cast of ‘Shucked,’ Coming to...
Full Cast for ‘Parade’ Announced
Stephen McKinley Henderson Gives the Performance of His...
The McKittrick Hotel Announces the Return of ‘The...
Broadway Stars Honored with Academy Award Nominations
Taylor Trensch, Danny Wolohan, and More Join the...
A Gay Road Trip Comes to The Brick...
Maude Apatow of ‘Euphoria’ is the Next Audrey...
Tony Award Winners to Star in ‘Hercules’ at...
Home Hot Ticket Don’t Miss: Susan Lucci and Broadway Sings for Pride!
Hot Ticket 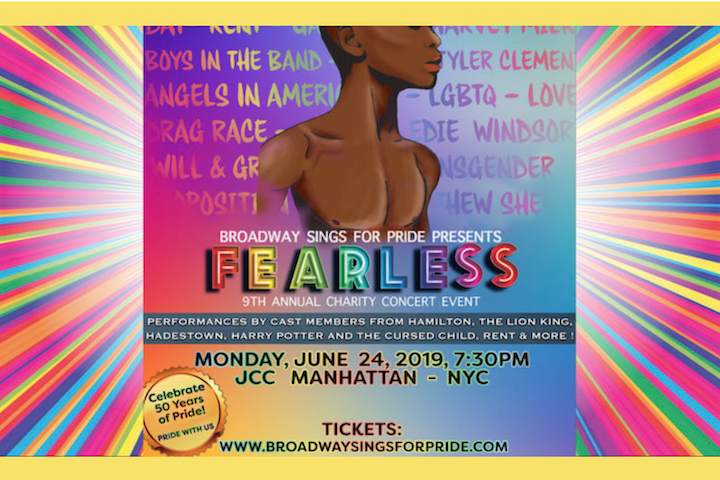 Entitled Fearless, the two-hour concert will take place at The JCC Manhattan, beginning at 7:30 p.m. The night will include a retrospective of Pride from the last 50 years, as told by some of your favorite pop and Broadway songs, celebrities, Broadway performances, and special guest speakers.  The funds raised on this very special evening will go to worthy LGBTQ organizations in the New York City area. For those who can’t attend, for the second year in a row, the event will be live streaming in 4k.