Top Posts
‘Company’ to Hit the Road on North American...
Meet the Full Cast of ‘Shucked,’ Coming to...
Full Cast for ‘Parade’ Announced
Stephen McKinley Henderson Gives the Performance of His...
The McKittrick Hotel Announces the Return of ‘The...
Broadway Stars Honored with Academy Award Nominations
Taylor Trensch, Danny Wolohan, and More Join the...
A Gay Road Trip Comes to The Brick...
Maude Apatow of ‘Euphoria’ is the Next Audrey...
Tony Award Winners to Star in ‘Hercules’ at...
Home Beyond Broadway Sutton Foster Returns to ‘Anything Goes,’ Replacing Megan Mullally in London Revival
Beyond Broadway 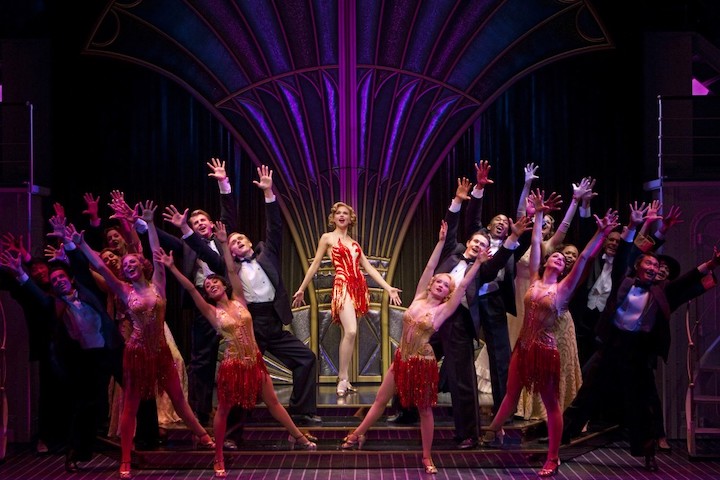 Sutton Foster in the 2011 Broadway revival of “Anything Goes.” (Photo: Joan Marcus)

Tony Award winner Sutton Foster has replaced Megan Mullally in the London revival of Anything Goes, which will have a summer run at London’s Barbican Theatre. Foster will return to the leading role of Reno Sweeney, which she last played on Broadway, winning the stage icon her second Tony Award in 2011.

Mullally had to withdraw from the production due to an injury. Previews for Anything Goes begin at the England venue on July 23; opening night follows a few weeks later, on August 4. The production will reunite Foster with  Kathleen Marshall, who majestically directed and choreographed the Broadway revival. That production won the Tony Award for Best Revival of a Musical and awarded Marshall a Tony for Best Choreography.

This London production of the Cole Porter musical will enjoy a limited run as theaters worldwide reopen, running through October 17. After numerous Broadway appearances (Little Women, Shrek, Violet, and of course Thoroughly Modern Millie) and some TV stints (including “Younger”), Foster marks her West End debut with Anything Goes. She’ll hop across the pond before returning stateside to play Marian opposite Hugh Jackman’s Harold Hill in the upcoming revival of The Music Man, which will play at the Winter Garden Theater.

On her London debut, Foster said, “I have been looking forward to performing on the West End for a long time, and I am thrilled to be making my debut by revisiting the iconic role of Reno Sweeney,” which was originated by the late Ethel Merman. “I am so excited to get back on stage and feel grateful to be a part of welcoming London audiences back to the theaters this summer.”