Top Posts
‘Company’ to Hit the Road on North American...
Meet the Full Cast of ‘Shucked,’ Coming to...
Full Cast for ‘Parade’ Announced
Stephen McKinley Henderson Gives the Performance of His...
The McKittrick Hotel Announces the Return of ‘The...
Broadway Stars Honored with Academy Award Nominations
Taylor Trensch, Danny Wolohan, and More Join the...
A Gay Road Trip Comes to The Brick...
Maude Apatow of ‘Euphoria’ is the Next Audrey...
Tony Award Winners to Star in ‘Hercules’ at...
Home Show Folk Celebrating Sutton Foster! Five Videos to Celebrate Her Birthday
Show Folk 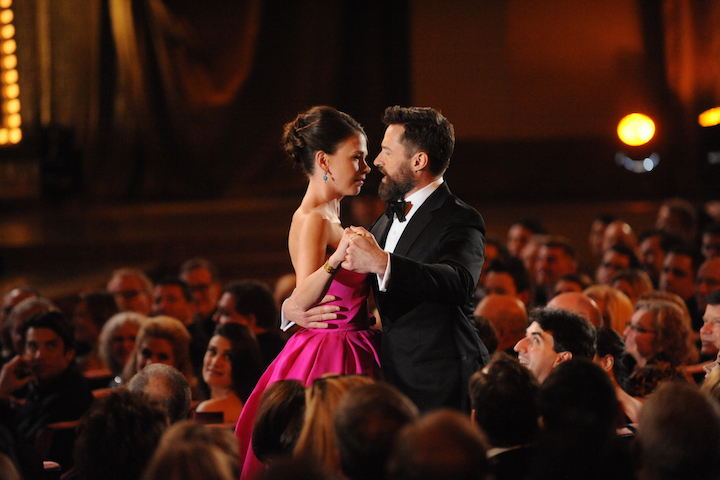 Need a little sunshine? Look no further than two-time Tony winner Sutton Foster. The star of stage and screen turns 46 today, and we’ve gone down the musical theater rabbit hole to celebrate her birthday.

Foster made her Broadway debut as a replacement in the original production of Les Misérables, then appeared in the ensemble of several other shows before stepping into the title role of Thoroughly Modern Millie, for which she won a Tony Award. The second statue arrived for her performance as Reno Sweeney in the 2011 revival of Anything Goes. Television fans adored her five seasons as Liza Miller, a 40-year-old single mom who lies about her age to rejoin the workforce.

But musical theater is where Foster’s heart is at. She was set to co-star opposite Hugh Jackman in a revival of The Music Man when coronavirus delayed the production, which is now scheduled to open in February 2022. In the meantime, we have these terrific memories!