Top Posts
‘Company’ to Hit the Road on North American...
Meet the Full Cast of ‘Shucked,’ Coming to...
Full Cast for ‘Parade’ Announced
Stephen McKinley Henderson Gives the Performance of His...
The McKittrick Hotel Announces the Return of ‘The...
Broadway Stars Honored with Academy Award Nominations
Taylor Trensch, Danny Wolohan, and More Join the...
A Gay Road Trip Comes to The Brick...
Maude Apatow of ‘Euphoria’ is the Next Audrey...
Tony Award Winners to Star in ‘Hercules’ at...
Home Buzz Taylor Trensch, Danny Wolohan, and More Join the ‘Camelot’ Cast
Buzz 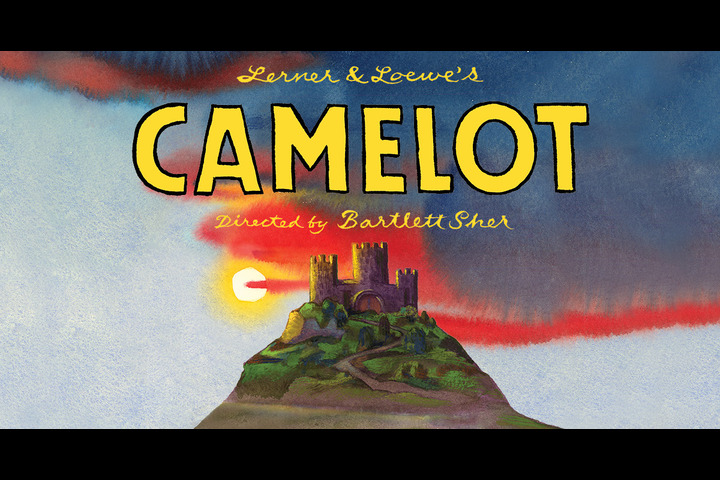 What to the simple folk do? Head to Lincoln Center for this highly anticipated revival: the theater (under the direction of André Bishop) has announced that Dakin Matthews (as Merlyn/Pellinore), Taylor Trensch (as Mordred), Marilee Talkington (as Morgan Le Fey), Anthony Michael Lopez (as Sir Dinadan), Fergie Philippe (as Sir Sagramore), and Danny Wolohan (as Sir Lionel) will join Andrew Burnap (as Arthur), Phillipa Soo (as Guenevere), and Jordan Donica (as Lancelot Du Lac) in its new production of Lerner & Loewe’s CAMELOT, a fresh take on the classic tale.  Featuring a book by Academy and Emmy Award winning writer Aaron Sorkin, based on the original book by Alan Jay Lerner, and direction by Tony Award winner Bartlett Sher, Lerner & Loewe’s CAMELOT is scheduled to begin performances on Thursday, March 9, 2023, and open on Thursday, April 13, 2023, at the Vivian Beaumont Theater (150 West 65 Street).

Based on “The Once and Future King” by T.H. White, CAMELOT, Lerner and Loewe’s 1960 follow up to My Fair Lady, is a story about the quest for democracy, the striving for justice, and the tragic struggles between passion and aspiration, between lovers and kingdoms. This epic and timely tale features the iconic characters King Arthur, Queen Guenevere, and Sir Lancelot as well as the beloved original score with lyrics by Alan Jay Lerner and music by Frederick Loewe which includes “If Ever I Would Leave You,” “The Lusty Month of May” and the title song “Camelot.”

Tickets to Lerner & Loewe’s CAMELOT, priced from $39 to $189, are currently available at the Lincoln Center Theater box office, at telecharge.com, or by visiting www.CamelotBway.com.  A limited number of tickets priced at $32 are available at every performance through LincTix, LCT’s program for 21 to 35-year-olds.  For information and to enroll, visit LincTix.org.