Top Posts
‘Company’ to Hit the Road on North American...
Meet the Full Cast of ‘Shucked,’ Coming to...
Full Cast for ‘Parade’ Announced
Stephen McKinley Henderson Gives the Performance of His...
The McKittrick Hotel Announces the Return of ‘The...
Broadway Stars Honored with Academy Award Nominations
Taylor Trensch, Danny Wolohan, and More Join the...
A Gay Road Trip Comes to The Brick...
Maude Apatow of ‘Euphoria’ is the Next Audrey...
Tony Award Winners to Star in ‘Hercules’ at...
Home Show Folk Terrence McNally Dies at 81
Show Folk 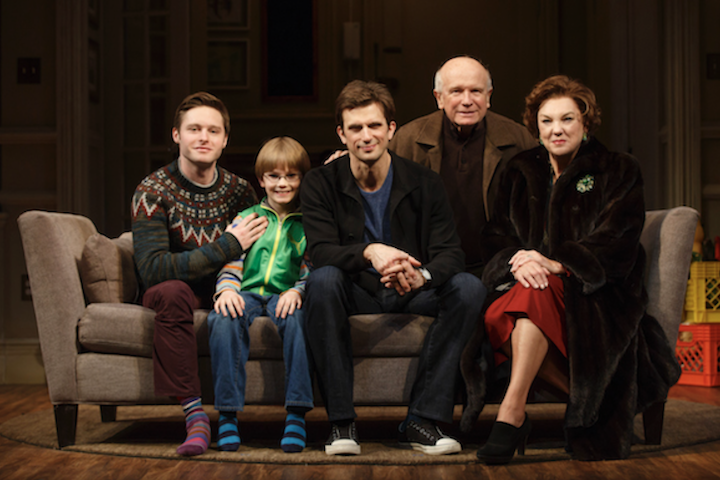 The cast of “Mothers and Sons” with playwright Terrence McNally.
(Photo: Joan Marcus) via The Broadway Blog.

Legendary playwright Terrence McNally has died at the age of 81 due to complications from COVID-19. He was 81 years old and living in Sarasota, Florida, at the time. McNally was a lung cancer survivor and lived with chronic inflammatory lung disease.

McNally’s first Broadway credit was the short-lived adaptation of The Lady of Camellias, which lasted 15 performances in 1963, but the prolific writer went on to win five Tony Awards, including a Lifetime Achievement Award in 2019.

Philip Galanes wrote for the New York Times, “McNally’s other great legacy might be bringing gayness to a broad theater audience, and in doing so, humanizing and universalizing the specific concerns and sorrows, including AIDS, of the community.”

In a 2019 interview with Galanes, McNally said, “I realized very early that my descriptive powers — what a room looked like, what a person looked like — were scant. But I could write credible dialogue. And my characters sounded different from one another. I could define them better by how they spoke than by telling you how they looked. And after college, when I went to Mexico and wrote half of my Great American Novel, I decided if I really wanted to be a writer, I’d better focus on theater.”

Here’s a look at scenes from some of McNally’s most prolific works:


It’s Only a Play

Frankie and Johnny in the Claire de Lune