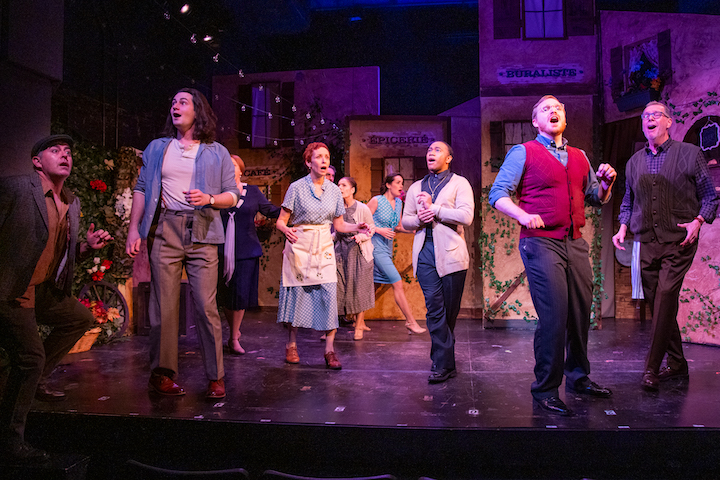 In examining its history against its content, The Baker’s Wife is a musical as bittersweet as a cranberry tart. Its development is one of great musical theater lore (the doomed, Patti LuPone-led out-of-town tryout infamously never made it to Broadway, and accounts tell of an angry conductor stealing the sheet music to the show’s signature song, “Meadowlark,” to sabotage the production). Yet, the narrative itself is charming and straightforward (at its sweet, doughy center, the love between a baker and his younger wife unites a bickering village). So then why would a show of such legend — and which features one of Stephen Schwartz’s finest scores to boot — so seldom be staged?

It’s hard to determine, which means whenever this little eclair of a musical does pop up, it’s worth the transporting trip to rural 1930s France. And right now, devotees of this musical jewel needn’t look far — J2 Spotlight is now treating audiences to a capable, sweet, and faithful production with assured performances and a well-sung score, now playing at Theatre Row through March 20.

Based on the black-and-white French film La femme du boulanger, The Baker’s Wife starts with a village devoid of a baker and, as such, devoid of patience. Squabbling neighbors eagerly anticipate the arrival of a new baker after the previous one had died, but when Aimable (Howard Pinhasik, relentlessly optimistic but never cloying) shows up, he brings much more than bread. 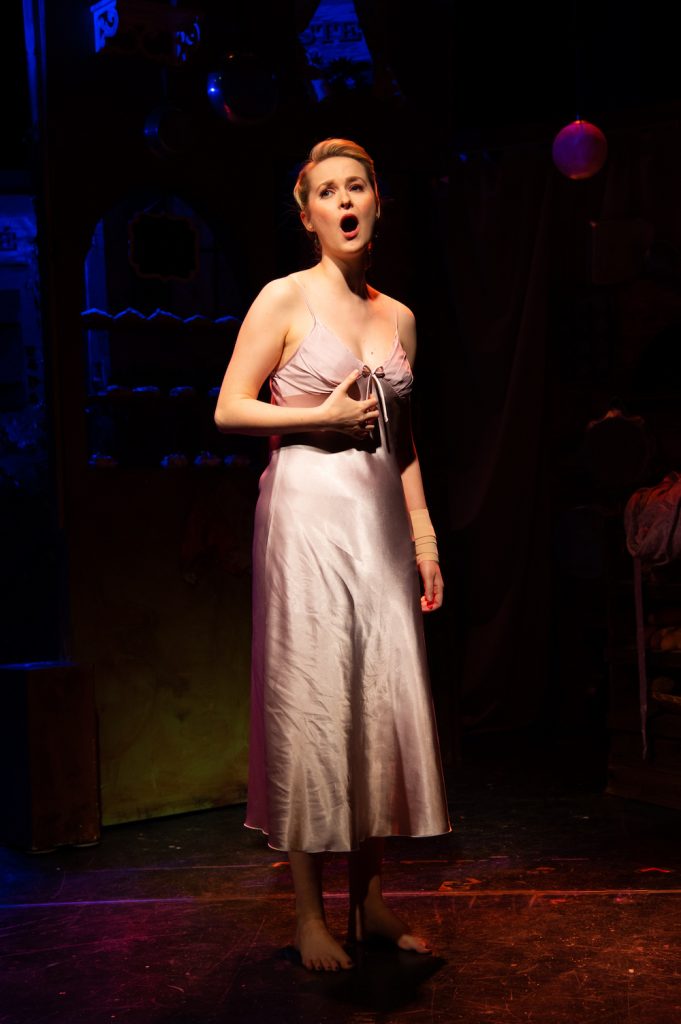 Aimable arrives with his much younger wife, Genevieve (Madison Claire Parks, a sterling singer), supplying the closed-minded town with plenty of gossip. Jettisoned from a previous steamy but failed affair, Genevieve settles in with the kind but innocent Aimable and is soon distracted by town lothario Dominique (Bruce Landry, who’s a touch bland but comes alive during his soaring rendition of “Proud Lady”).

What follows is a community upended by Genevieve’s quick departure, which gets personal when it affects the villager’s carb intake. Joseph Stein, hired to write the musical’s book after expertly painting another small village (Anatevka in Fiddler on the Roof), infuses his characters with individual quirks, making the strokes broad and the dialogue cheesy. Nonetheless, the winning and multigenerational cast smooths over these edges, and director Robert W. Schneider makes effective use of the actors as they help change scenes, literally building and taking apart the village around them.

Supporting players add texture and warmth; highlights include Kelly Lester’s feisty Denise and Melodie Wolford’s verbally abused Hortense, who winds up to wail a high Z-sharp at the end of the villagers’ olfactory and sexual awakening in the big chorus number “Bread.”

Some lighting cues are a touch off, and a little backstage chatter could be heard, but it’s hard to be taken out of the enchanting world of a hillside French village. After being cooped up for so long, stuck in our tiny apartments, it’s good to see the meadowlark fly.