Top Posts
‘KPOP’ Cast Album Coming in 2023
‘The Phantom of the Opera’ Delays Broadway Closing...
A Christmas Guide to New York Theater
Ingrid Michaelson Rings in the Holidays for Two...
Review: ‘& Juliet’ Is A Daffy, Absurdly Joyous...
Jinkx Monsoon & BenDeLaCreme’s ‘The Jinkx & DeLa...
Review: Victoria Clark Shines in the Refreshingly Original...
Review: Mike Birbiglia Astounds in ‘The Old Man...
A Sondheim Stocking Stuffer: New Book Offers Insightful...
From ‘Tattooed Lady’ to ‘KPOP,’ Plus A Quick...
Home Buzz The Broadway Blog Pays a Visit to “This Show is So Gay”
Buzz

What do I have in common with the little orphans of Annie (other than a perky personality, wonky tap skills and a fondness for belting while I clean)? As one of the moppets says so eloquently, “I think it would be fun to be on the radio.”

Well, guess what? I’m hitting the airwaves! If  you head on over to This Show is So Gay, you can listen to me chatting up a storm and sticking my foot in my mouth with the charming (though Sondheim-challenged) Ken Schneck about the current state of Broadway, travels with Passport Magazine and my deep, dark striped secret.  You’ll also get to listen to some of my exceedingly random choices for favorite show tunes. As I said to Ken, they aren’t necessarily the ones I think are the best, but songs that have a warm, fuzzy spot in my heart. (The show is also available for download on iTunes and on select radio affiliates around the country.)

[Correction: I misspoke in the interview about one very important fact. Blue is a girl dog. Felt anatomy is very difficult to judge.]

And for those curious about the Annie quote or just needing a little tween song and dance in their day (and who doesn’t), watch the scene from the Disney version of the musical after the jump… 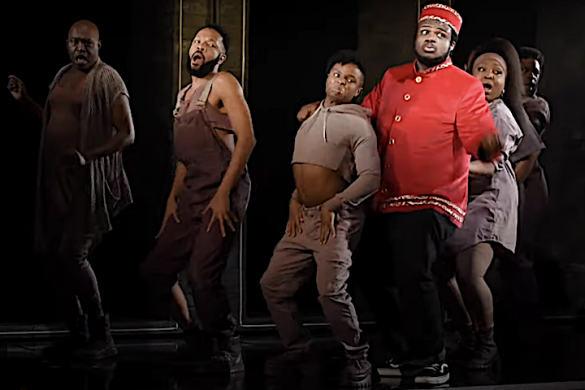 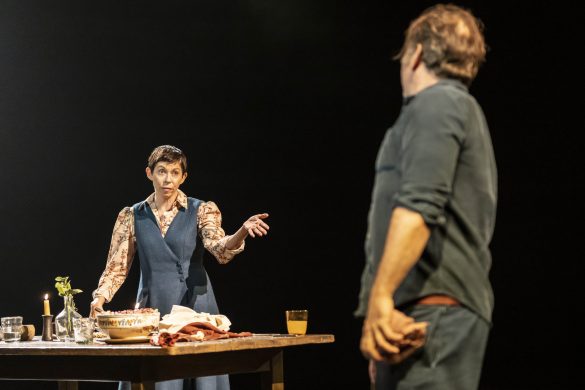